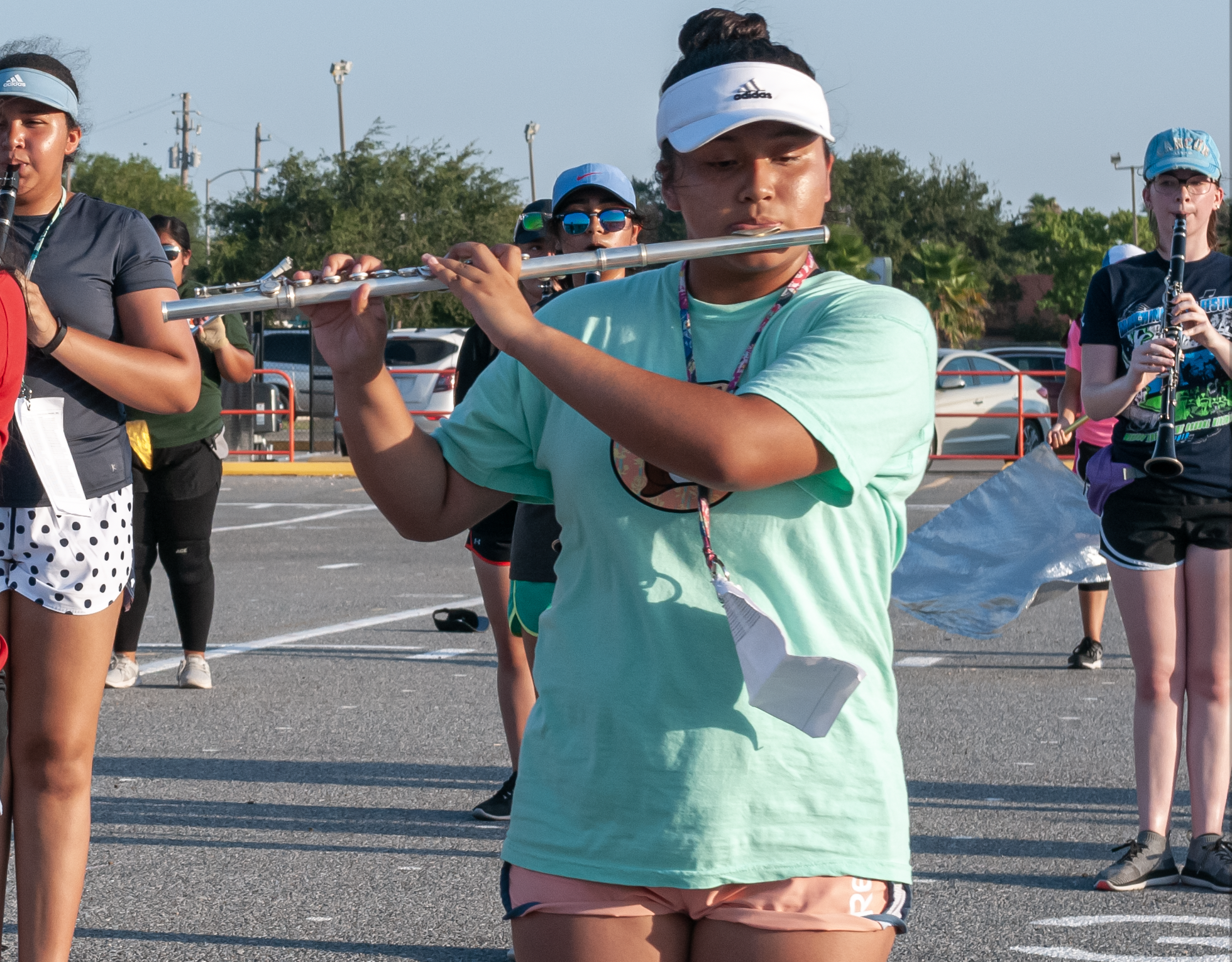 Instead of sleeping in this summer, a dedicated group of music students decided to spend a substantial amount of time perfecting their marching skills in preparation for halftime performances and marching competitions.

“We’re bringing the entertainment; it’s like a big concert,” she said during marching practice this month. 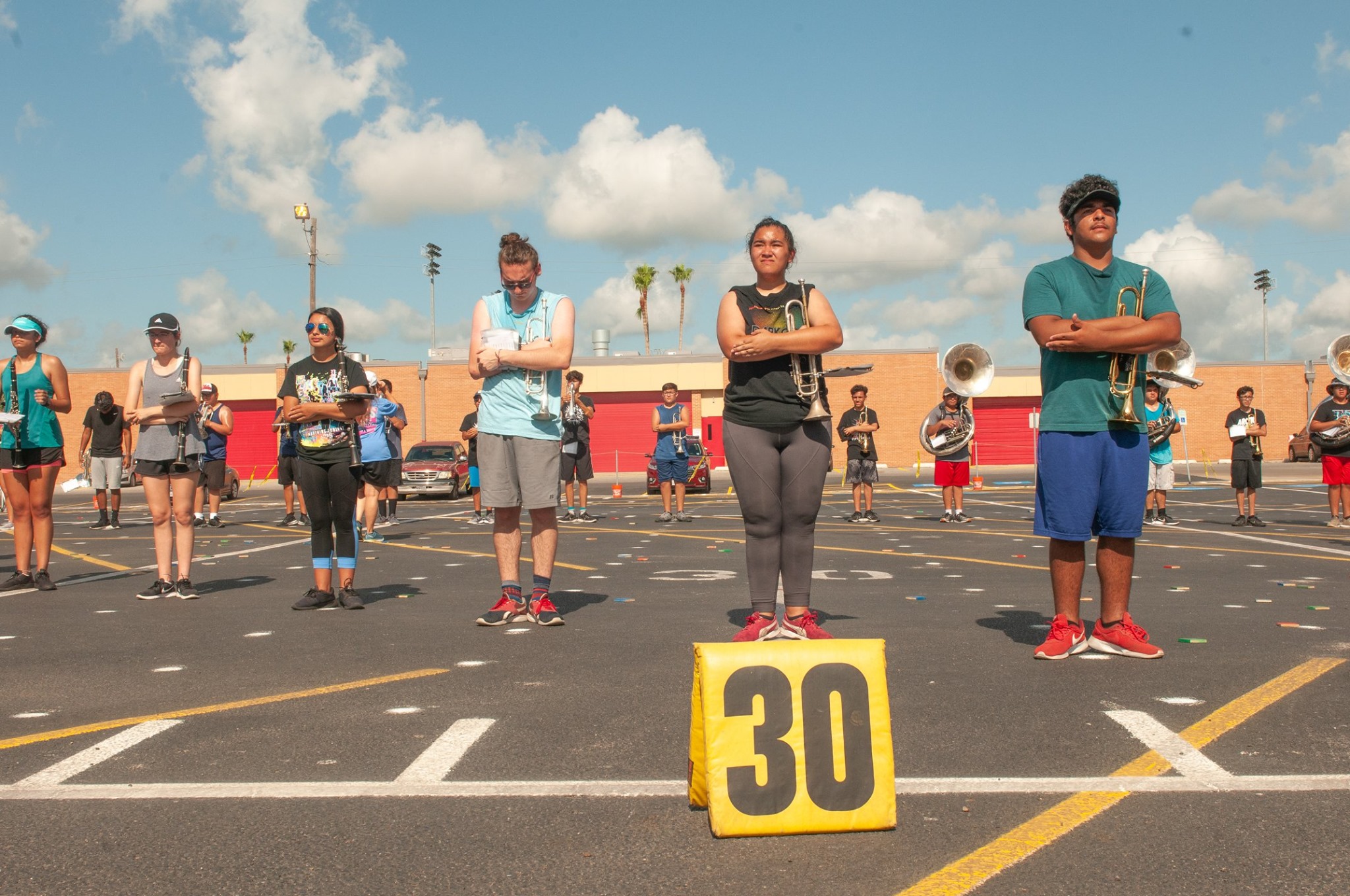 This year, Harlingen High School’s will perform music by the iconic band “Queen.” Their show includes the songs “Don’t Stop Me Now,” “Bohemian Rhapsody,” and “Bicycle.”

“When I was in the third grade, my sister did a Queen show, and that’s when I realized that I wanted to do marching band,” said Diego Johnson, a senior. “It’s awesome to end senior year with Queen. It has come full circle.”

Johnson and the Harlingen High School marching band has been preparing for competitions since July. While Johnson is a senior, he is on the field with classmates who just joined the marching band.

For freshman like Lily Alaniz, a trumpet player who earned a spot on the field, perfecting the fundamentals of marching has been her goal.

“It all starts during fundamentals. We learn to hold still, while not playing a note,” she said. “It was hard at first. When you’re marching, you’ve got to think about the sounds, tones, then your feet and body. You’ve got to engage your mind and body. It’s a lot of work.”

Alaniz, however, knows the hard work is worth it.

“You’re gaining memories, skills, and experience in band,” she said. “It takes a lot of teamwork and communication with your peers on the field. You can’t take criticism personally.”

“My goal is to place first in competition,” Cavazos said, adding that the band has improved their marching skills over the summer.

Meanwhile, Weeks wants everyone to “push on through to the next season and give 100%.”

They will soon begin practicing after school too. During the summer, however, the long days have been worth it.

“Our day is clocking in at 7 in the morning and getting home at 7 p.m.,” Cavazos said, noting that he dedicates extra time practicing. “You’re constantly interacting with one another indoors and outdoors. “