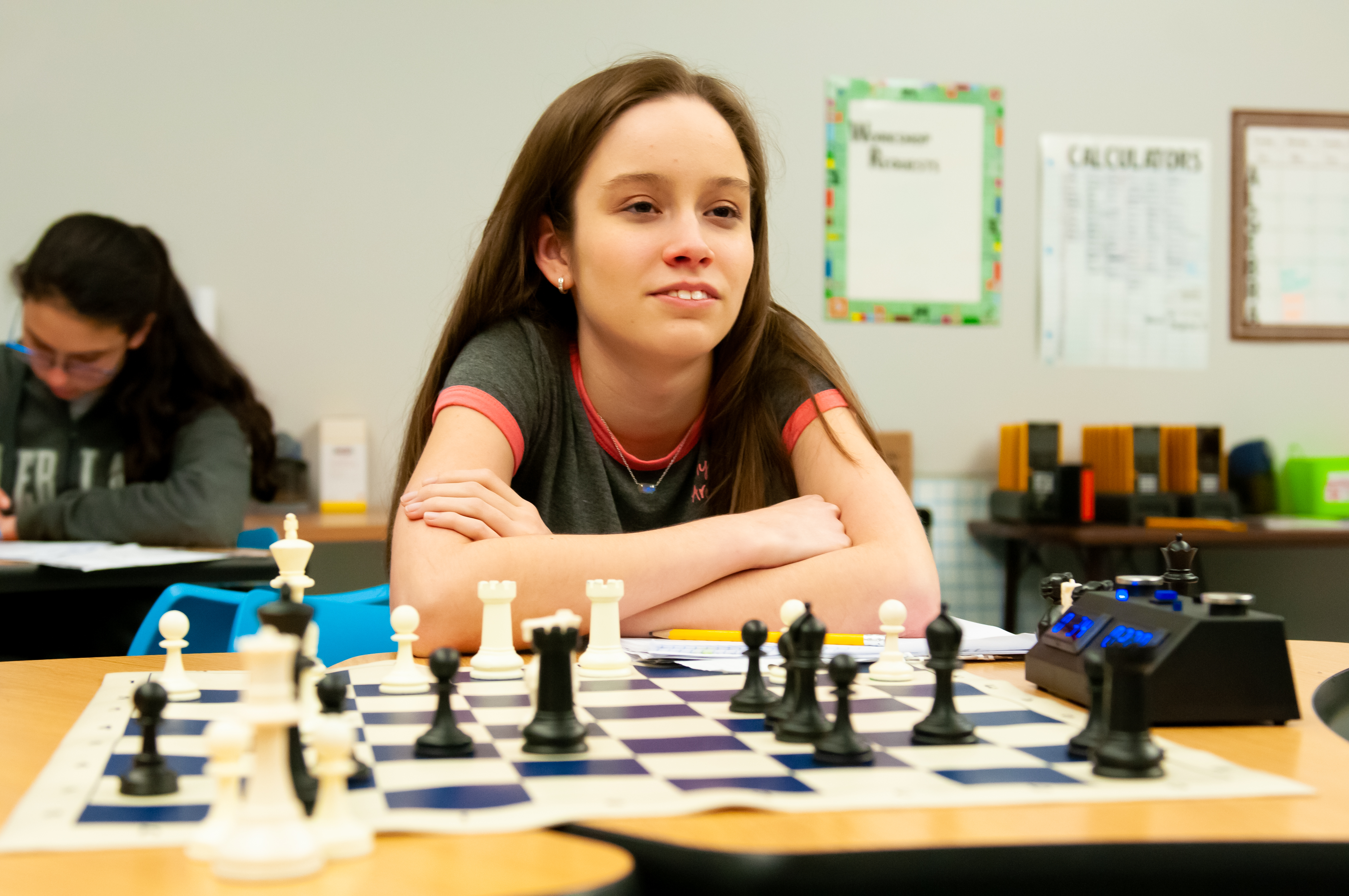 Lauren Tovias was at Sam Houston Elementary when she first encountered the game of chess. She noticed checkered boards, intricately shaped pieces atop them, in the cafeteria every day during lunch.

One day, curious, she went over to learn about the game. She grew fascinated with the movements of each piece, the strategy required in each game, and entered her first tournament in fifth grade.

Now a senior at Harlingen School of Health Professions, Tovias is as enraptured by chess as ever and continues to put substantial effort into maintaining her skills.

“It’s a lot of work,” she affirmed. “It’s very time consuming, but it’s all worth it in the end because I get to go places with my friends and compete.”

As her love of the game grew, it spread through her family. At the age of 12, Tovias was beating her father in a brief 12 moves.

As they entered Coakley Middle School, she and her brother took it upon themselves to amend the lack of an official competitive chess team. Joining with some friends, they kickstarted a team, ensuring they had regular practices and attended tournaments. Her younger brother is now captain of the Coakley chess team.

All that practice, both in and out of school, paid off. Tovias was in seventh grade when she attended her first All-Girls State Championship tournament.

She’s qualified every year since. Last year, she could almost taste the victory of first place but ended up taking third. That became yet another motivator for the following year, and when the news reached her that the winner of the tournament would now be receiving a scholarship, it solidified Tovias’s resolve.

This year, she obtained the title of Texas Girl State Champion.

“In the first round I got a draw,” said Tovias of her path to success at the tournament, “and somehow eventually I won.”

After the four grueling, one-and-a-half-hour long rounds subsequent to her draw, Tovias had four victories under her belt and walked home with a $3,000 scholarship to the University of Texas Rio Grande Valley, where she plans to study next fall.

She’s currently thinking about joining the acclaimed chess club at UTRGV and is also considering possibly coaching in the future. She hopes to continue mentoring other young girls, helping them attain the level of skill she’s cultivated over the years, as she now does with girls on her team and other teams in the area.

Tovias knows for sure that she won’t abandon her friends in chess and plans to accompany them to tournaments even after graduation.

“I’m friends with girls at Coakley and other schools,” she said, “and I tell them, ‘I want to see you get first place at state. I did it, so you can do it.’”

Tovias hopes to carry this dedication and passion to the All-Girls National Championship, which she will be attending in Chicago in April.