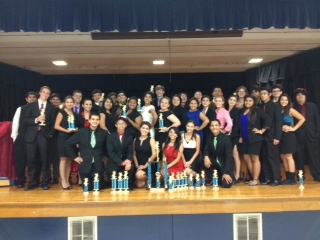 HHSS returned with multiple trophies as a result of their stunning performance at the TFA competition.