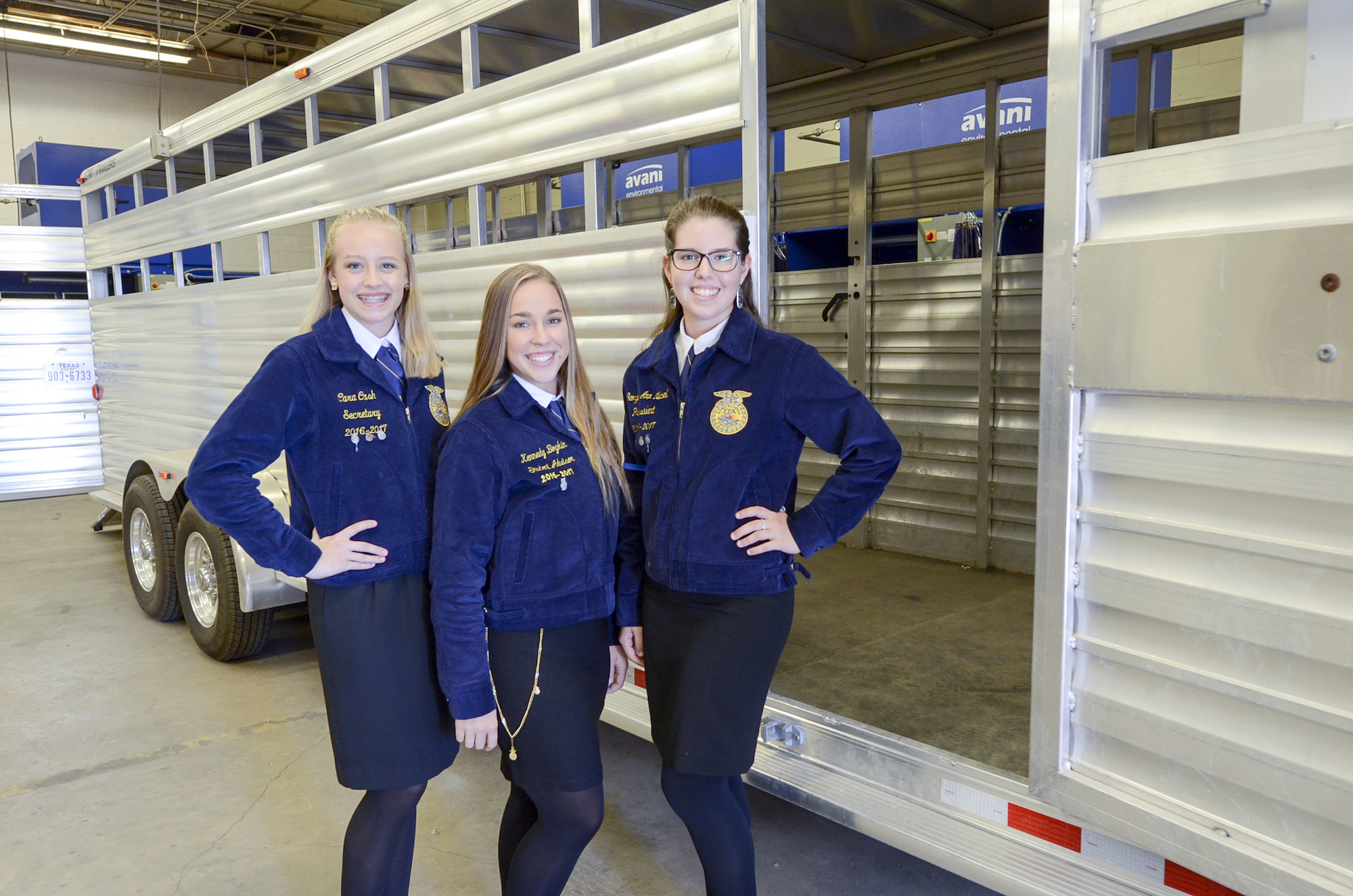 Kennedy Boykin, Cara Cash, and Georgia Newell were among the group of participating students.

“These girls have opened the eyes to other students to what FFA offers them,” FFA Sponsor, Todd Cash said. “A lot of people still have this Future Farmers of America mindset. When they think of FFA, they think that they have to raise an animal. Yes, that is part of it, but we do so much more than that.”

Kennedy Boykin, senior, and FFA Student Advisor attended the 2016 FFA State Convention to receive her Lone Star Degree which is the highest honor in the State FFA. This Degree recognizes members who have received the Chapter degree, been active members for at least two years, completed four semesters of agricultural science, maintained a supervised agricultural experience (SAE) program, demonstrated their leadership skills, and have shown a commitment to the FFA through involvement at the chapter level and above. For Boykin, this project involved raising her hogs.

“When I went to my first convention, I saw a lot of people wearing these gold chains and I told my dad I wanted to buy one,” Boykin said. “I didn’t know what it was, but later I found out it was a degree of membership and you had to earn it. So that is when I started my record book. I would write down everything that I spent or earned on my pigs. It means a lot to me to finally have earned the Lone Star Degree because I’ve been looking up to it since I was a freshman.”

Cash and Newell showed their peers the non-agricultural side of FFA through their involvement at the convention.

Cara Cash, sophomore and FFA Secretary was chosen to participate in the Texas FFA Chorus. The chorus never worked together prior to arriving in Dallas two days before the convention began. They performed 14 songs for members and guests throughout the week.

“It was pretty amazing to be able to be in the chorus and represent not only Harlingen but the RGV, the Tip of Tex and Area Ten which starts right below San Antonio,” Cash said. “When people ask what I did over the summer and I tell them about the FFA Chorus, they are shocked. Not many people know of all the opportunities that are available through FFA. But singing at the convention was one of the best experiences I have ever had and I would do it again in a heartbeat.”

“Last year was my first year attending and I went only as a member,” Newell said. “This year, as part of the Courtesy Corps, I actually got to work behind the scenes and I got to see all the chaos that goes on in the background. It is very different from what you see on the outside when you attend as a guest. Being able to be a part of this event on a deeper level was cool and I still got the opportunity to enjoy some of the sessions.”

The 88th annual Texas FFA Convention recorded approximately 12,000 members and guests. Members of the state’s largest agricultural youth leadership organization spent the week attending leadership workshops, participating in events and activities, being recognized for their achievements and serving as the legislative body for the Texas FFA Association.