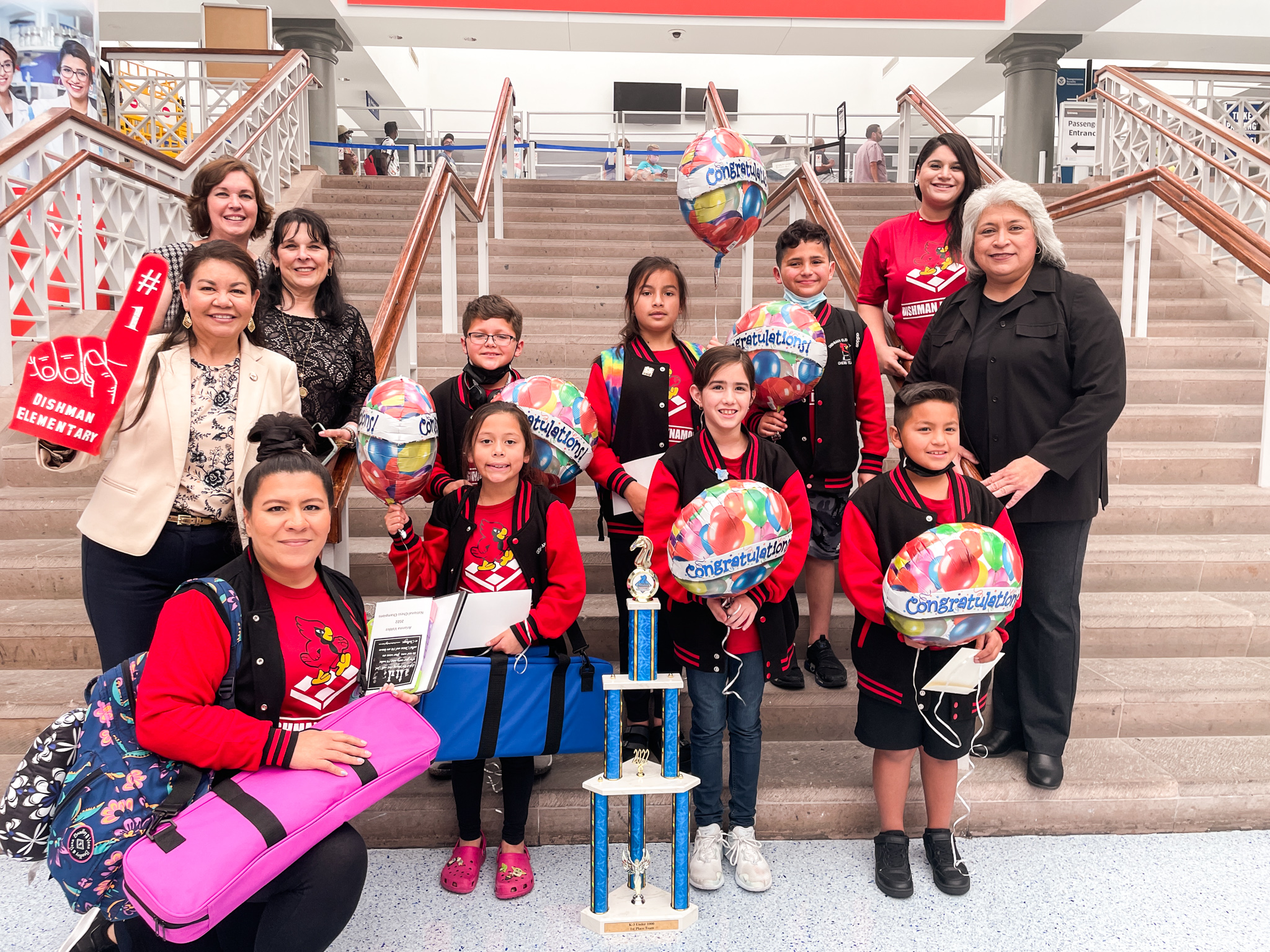 The Dishman Dynamo Chess team finished in first place in the K-3 Under 1000 category at the 2022 National Elementary Chess Championship in Ohio.

“So, we started off in this tournament kind of rough,” Dishman second-grade teacher and chess sponsor Victoria Garcia said. “But once they got the hang of it, they ran with it.”

The team won first place in the last round of the competition.

“We played through seven rounds,” third-grader Arianna Valdez said. “The competition was hard, but I am really happy that we came back as a first-place team.”

Proud families and administrators greeted the team at the airport on their arrival.

“They were committed, they were focused, and they had a goal,” Dishman principal Irma Davis said. “It’s exciting to see them come back and do what they said they were going to do –come home with a trophy. I think that speaks volumes to the type of students that we have. You know we always say we are Dishman Strong, and they went to Ohio and proved that we are Dishman Strong. We are super proud of our students and coaches who did an amazing job. We may be a small school in Combes, but we are making national news all the time, and we are super proud of that.”

The following students were part of the Dishman Dynamos chess team that competed and earned first place at Nationals: