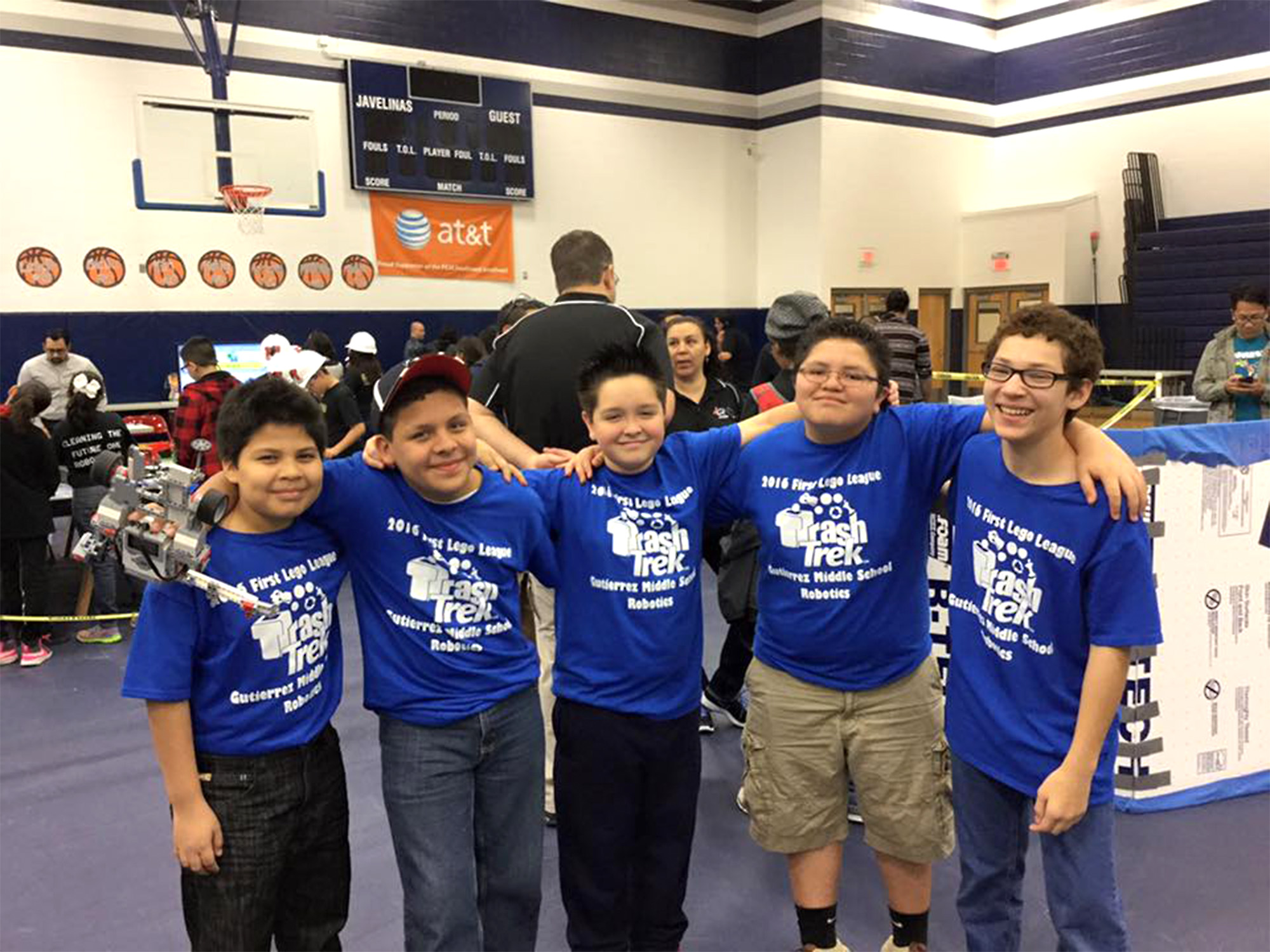 Boot up the robots. RGV Robotics will be hosting a Summer Robotics Camp at Gutierrez Middle School on August 8-12 to gear students up for competition.

The camp will be open to students throughout the Rio Grande Valley from kindergarten to ninth grade.

Having just signed up for the camp, Jonathan Warden said, “I hope to learn more about robotics because I want to become a mechanical engineer.”

Warden’s mother hopes this opportunity will set him on course to achieving that goal.

“Aside from having fun and meeting new friends, I want my son to learn more about STEM,” said Veronica Warden. “I’ve done a lot of research on FIRST Lego League, and I feel that this is the perfect way to get him started on the path to the career of his dreams.”

Participants will be divided into two groups. Kindergarten through second grade will be working with the WeDo robot. While exploring a real-world theme, teams will learn about simple machines as they build a model made of LEGO elements with a motorized part. They will also learn to present information.

“Students will learn the basic engineering concepts,” said Veronica Baca, GMS Library Media Specialist. “Students eight grade and up will also be getting a first look at the TETRIX Prime robot in preparation for the FIRST Tech Challenge. For the first time, we have made the camp available to kinder students as they will be competing in the Junior First Lego League this year.”

Grades three and up will work with the EV3 Mindstorm or TETRIX Prime robots. After learning how to build and program the robots, students will apply their new skills by creating battle robots to compete in a friendly competition.

Middle school and high school veteran competitors will be assisting their sponsors by training the participants as they perfect their creations for battle. Parents and family are invited to attend the final day of the camp to witness the “The Battle of the EV3 and TETRIX Robots.”

RGV Robotics is a non-profit organization whose purpose is to promote and support robotics teams throughout the RGV.