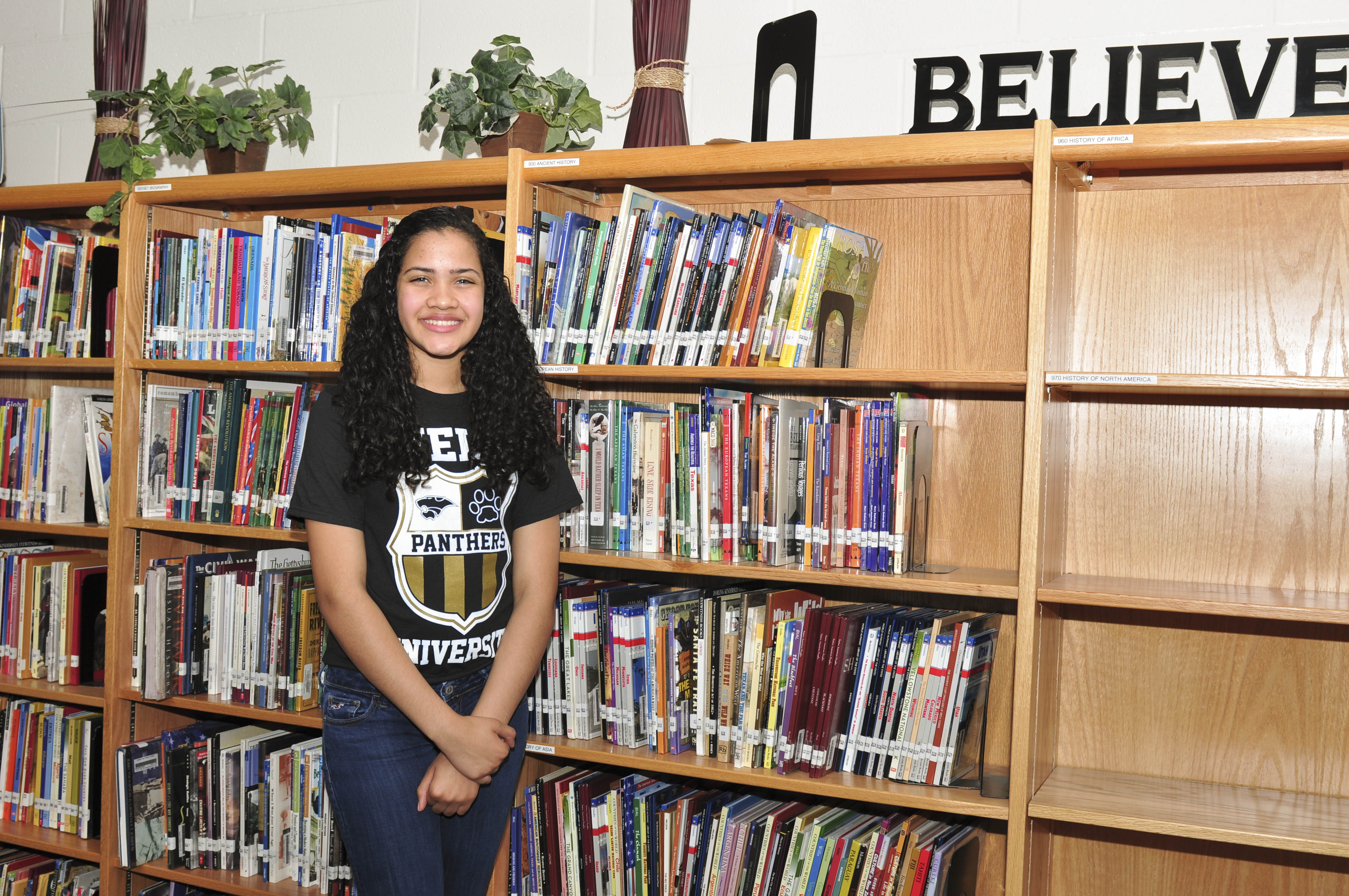 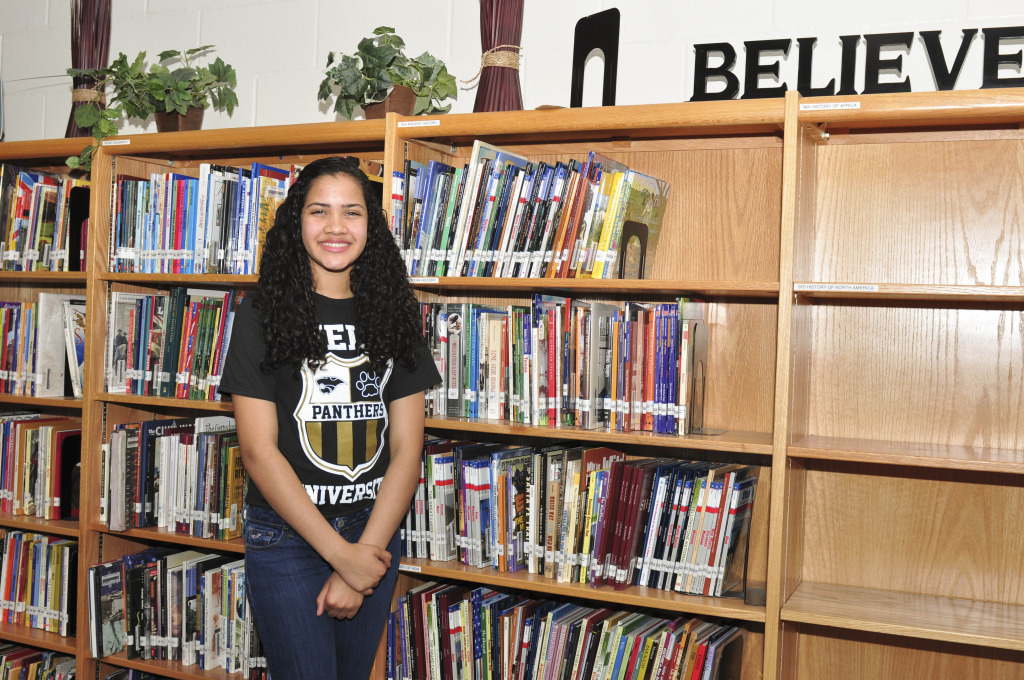 Whether she’s playing her clarinet or acting, Anell McDaniel, eighth grade student at Vela Middle School, feels she is where she belongs each time she takes the stage.

“In 6th grade I couldn’t read the notes. I felt like I wanted to quit because I didn’t understand it, but when I actually tried, I began to bloom in it,” said McDaniel. “Now, I like the challenge of learning new music. The band directors help me better understand the music. I think it’s really cool how far I’ve come. I’m excited to go to class and play.”

Using acting techniques and drawing from her own emotion, at this year’s University Interscholastic League Competition she interpreted a moving story of overcoming terrible sorrow. Her performance earned her a spot in the Solo Acting finals, and she placed fifth individually. She also competed in a team for UIL One Act Play. Her team performed “The Trial of Goldilocks” and place third.

She plans to continue performing in band and wants to join the speech, drama, and debate team when she begins high school.

“I look forward to acting in high school,” said McDaniel. “That is something I really do enjoy doing; it has always been a dream of mine to become an actress.”

A member of the National Junior Honor Society, Student Council Secretary, and Honor Roll, she says her drive comes from her desire to constantly improve and wanting to succeed at everything she does.

“I constantly look to students who have good study habits and grades for motivation,” said McDaniel. “Vela is setting us to be successful, and the teachers are preparing us for college. I learn new things every single day. I really have enjoyed my time here.”

After she graduates McDaniel hopes to apply to Julliard to pursue an acting career.