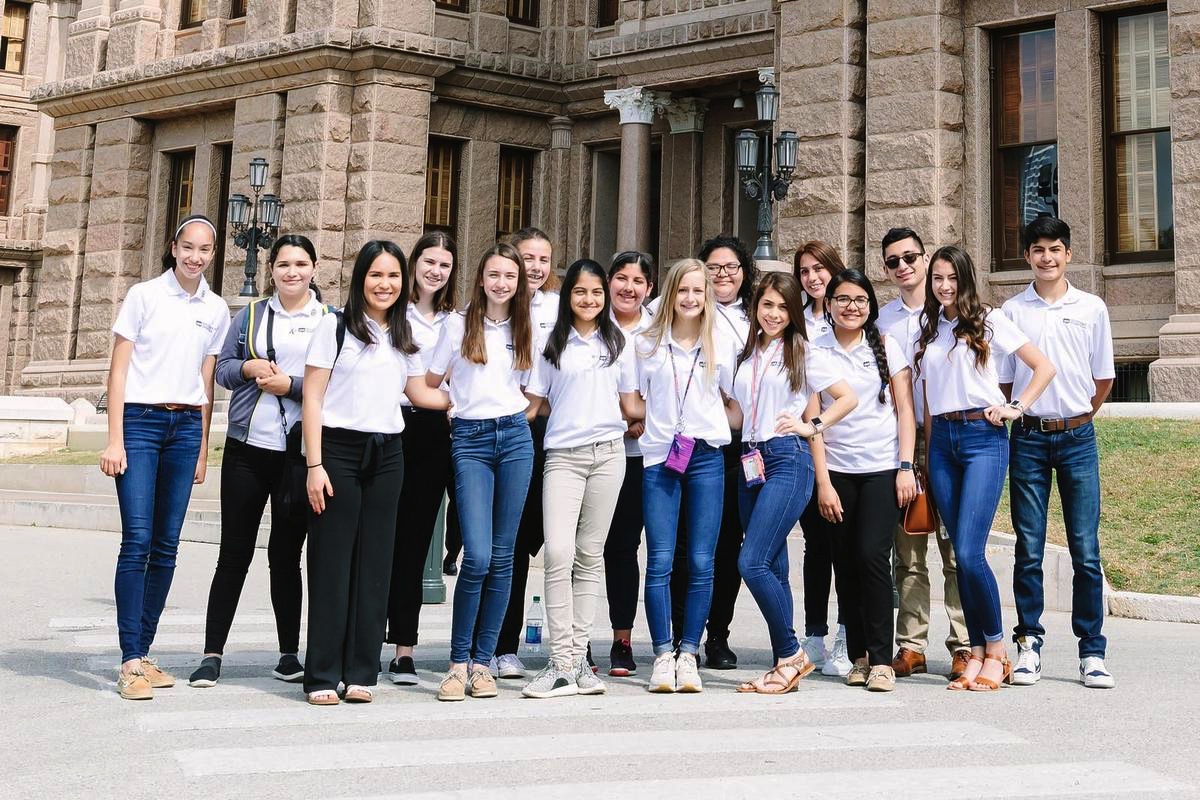 Harlingen CISD student advisory board members woke up bright and early Thursday morning for their trip to Austin, where they toured the Texas Capitol and were greeted by state representatives representing Harlingen.

The student advisory board members, who meet each month to provide feedback to administration about every secondary campus within the district, boarded a charter bus before sunrise, eager to meet with elected officials as well as Texas Workforce Commissioner Julian Alvarez, a Harlingen High School graduate.

Students glanced out the window as the sun rose, looking toward the state’s official flower, Bluebonnets and other wildflowers lining the Hill Country, such as pink evening primrose. 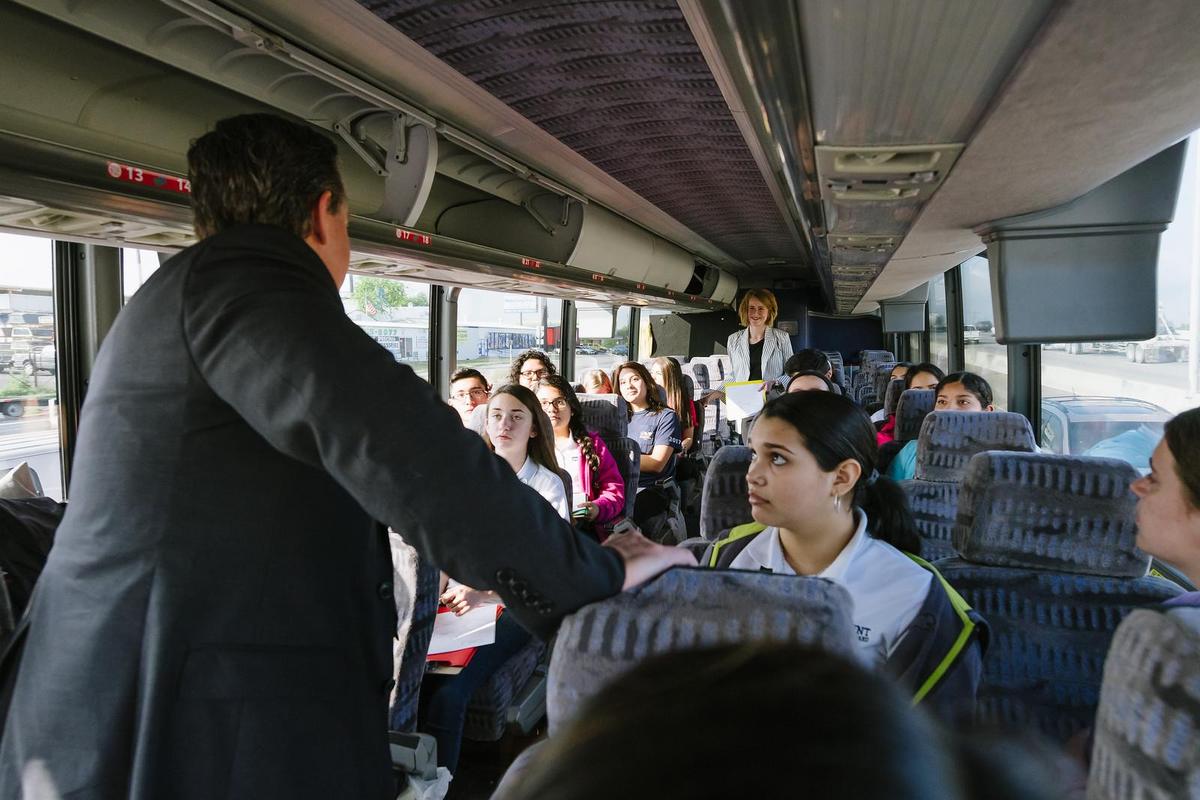 Mrs. Johnson explained the students would be debating state-related education issues before arriving on capitol grounds.

Eagerly, the 16 students paired up for their lesson on how to debate and reinforce their views on particular issues, much like state representatives and senators alike practice while on the capitol gallery’s floor during a legislative session held once every two years.

The bus then pulled up to the northern side of the capitol, and students stepped off the bus toward the entrance as they were captivated by the size of the capitol’s rotunda.

A native of western Hidalgo County, Longoria explained the legislative process and his role as Vice-Chair of the House Appropriations Committee. 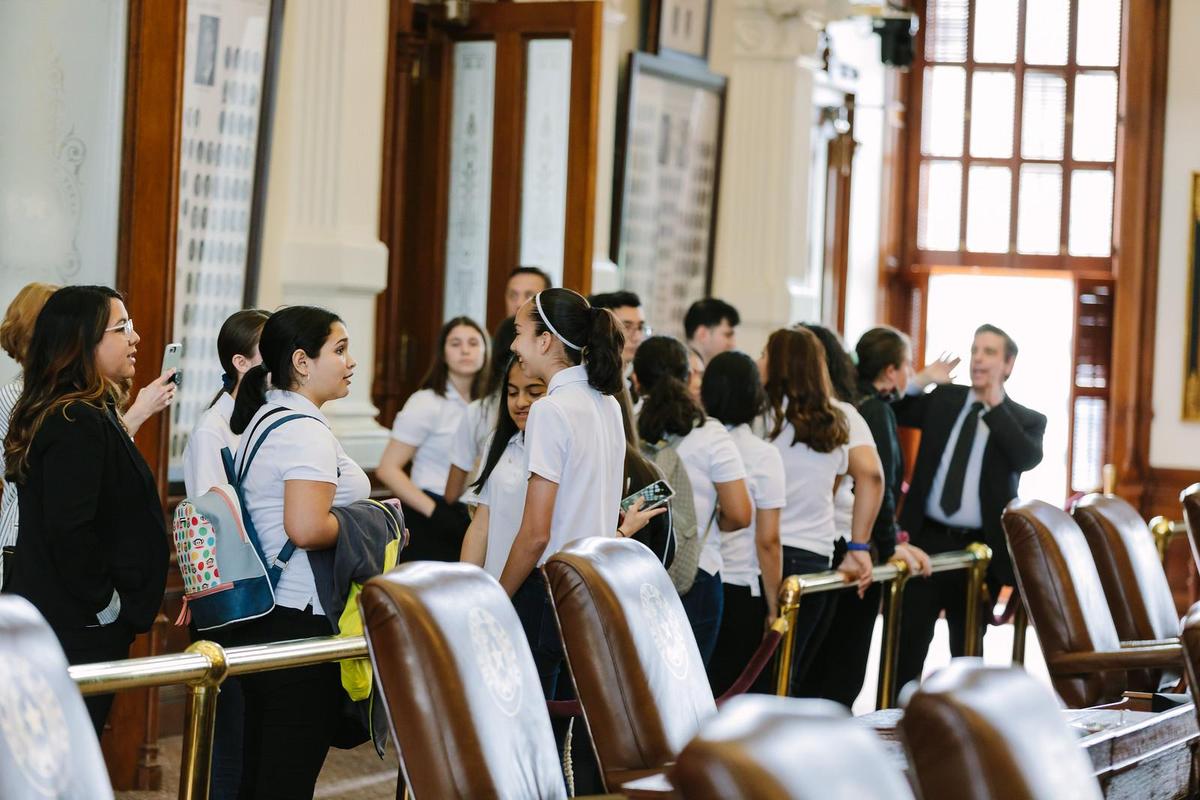 Meanwhile, Lucio detailed some of the exciting bills that he has drafted during his tenure and provide advice to the middle and high school students present.

“Where you go to college is great; It’ll help you get your first job,” Lucio said. “After that, it’s really your experience.”

He encouraged them to continue their thirst for learning.

“Some advice that I wish I would have heard at your age was, ‘What you learn in school will get you a job. What you seek to learn outside of school will make you successful,’” he said. “So, always seek that extra knowledge.”

Before departing after fielding questions from students, Longoria encouraged them to step inside the gallery floor as legislators debated bills.

Students then took the elevator to the house and senate galleries, where they quietly watched senators, including Senator Eddie Lucio Jr., speak on the Texas Senate floor.

“I had known about the legislative session, but actually seeing it in action was really cool,” said Early College High School Senior Arlette Bravo. 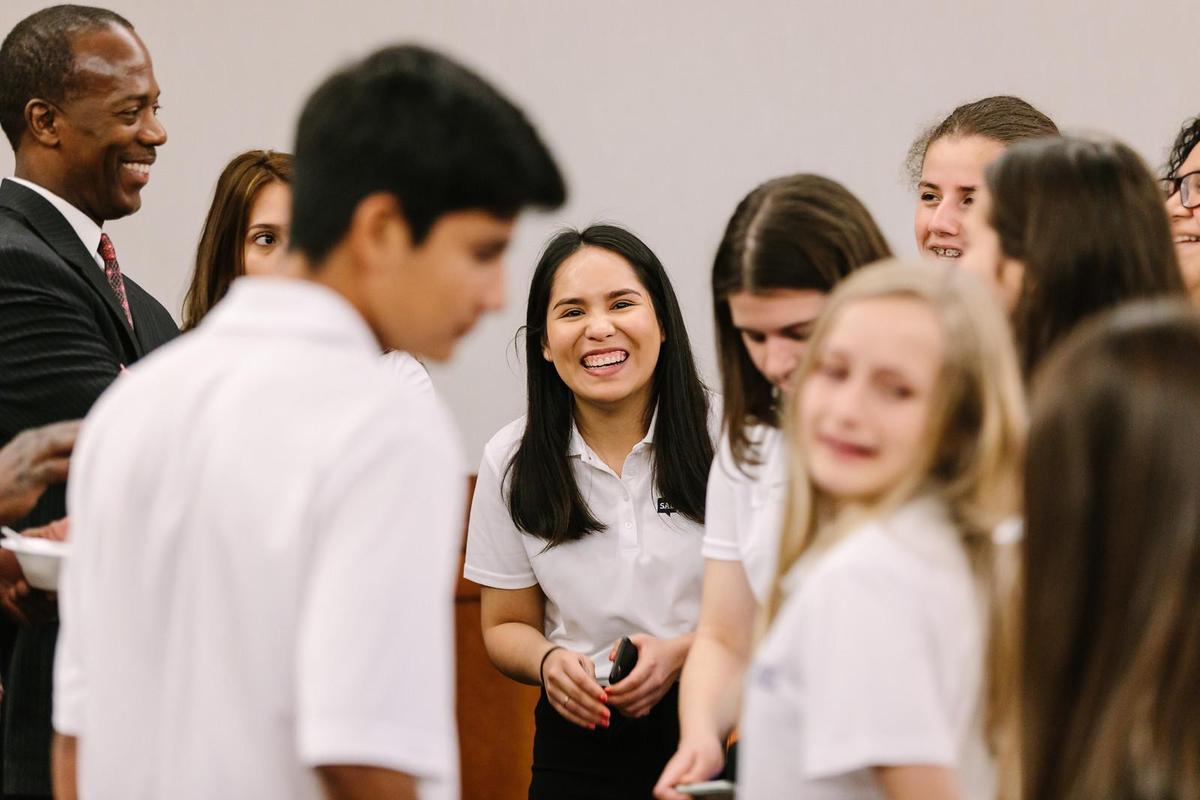 “It was an amazing opportunity,” she said. “I think it was amazing for us students to be able to go.”

For Davila, the chance to visit Austin and the capitol for the first time and hear from lawmakers was a trip she could not miss.

“They were awesome. They spoke well of what they do, and how they help us,” she said. “I think my favorite part was seeing all the legislative rooms and what representatives do.”

The students stepped inside both chambers as well as inside the Texas Supreme Court and Court of Criminal Appeals courtrooms before heading to the Texas Workforce Commission building.

There, Texas Workforce Commissioner Julian Alvarez greeted them as they were treated to an ice cream social.

“Take pride that you’re from Harlingen,” Alvarez told the students. “You have a superintendent that’s one of the best in the state. You have really good teachers that care.” 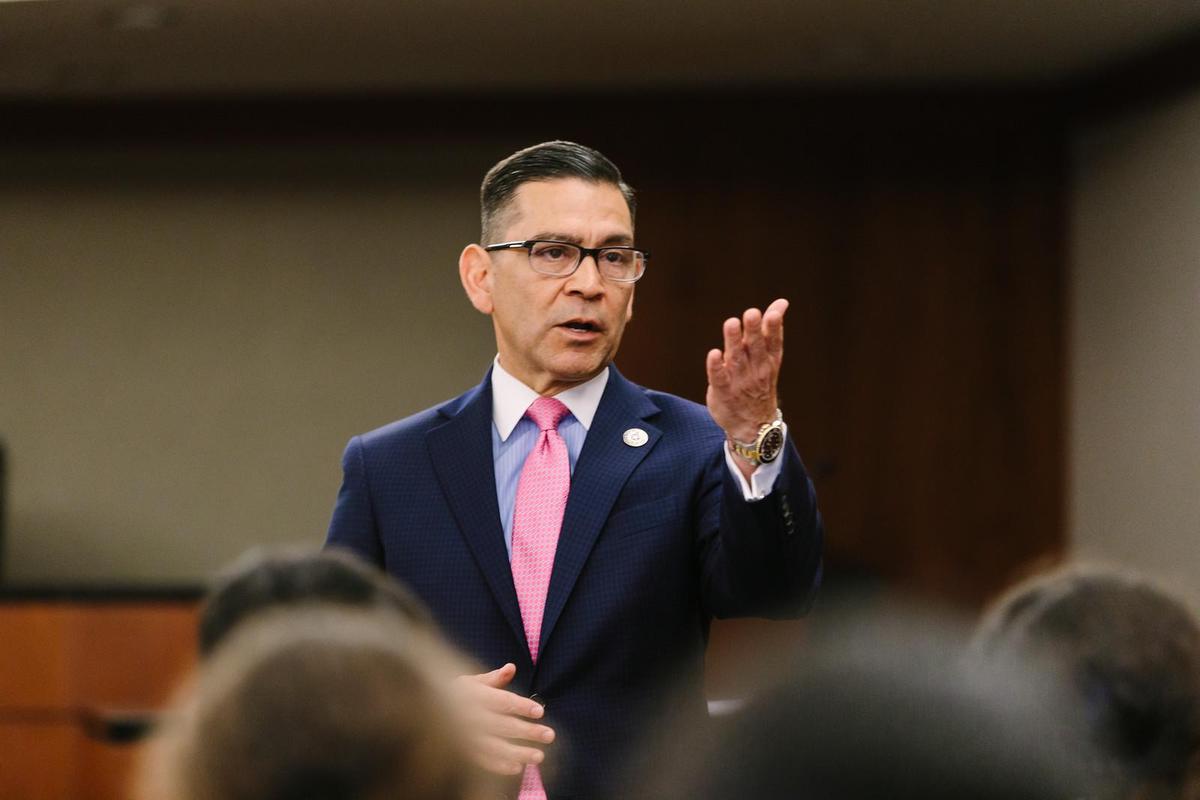 Alvarez, who was appointed labor commissioner by Governor Greg Abbott in 2016, talked about the self-doubt he encountered when first asked to take the leadership role.

“To be quite honest with you, when I got the call, the first thing that went through my head was, ‘Why would you select someone like me who’s from a border community, and who is from South Texas,’” he said. “Their response was, ‘why not you?’”

He encouraged the Harlingen student leaders to push toward their goals despite self-imposed challenges and setbacks around them.

“To be successful, it starts off with who you associate with,” he said. “If you associate yourself with positive people, you’re going to be positive. Your teachers and those who play leadership roles are very important too.”

Alvarez was proud to see young students in Austin.

“My dad was 74, the first time he went to Austin, and that’s when I was sworn-in,” Alvarez explained. “Look how young you all are and able to experience these things.”

The students then took a break at the capitol gift shop before heading back to Harlingen.

The Student Advisory Board will meet in May for their final meeting of the school year. 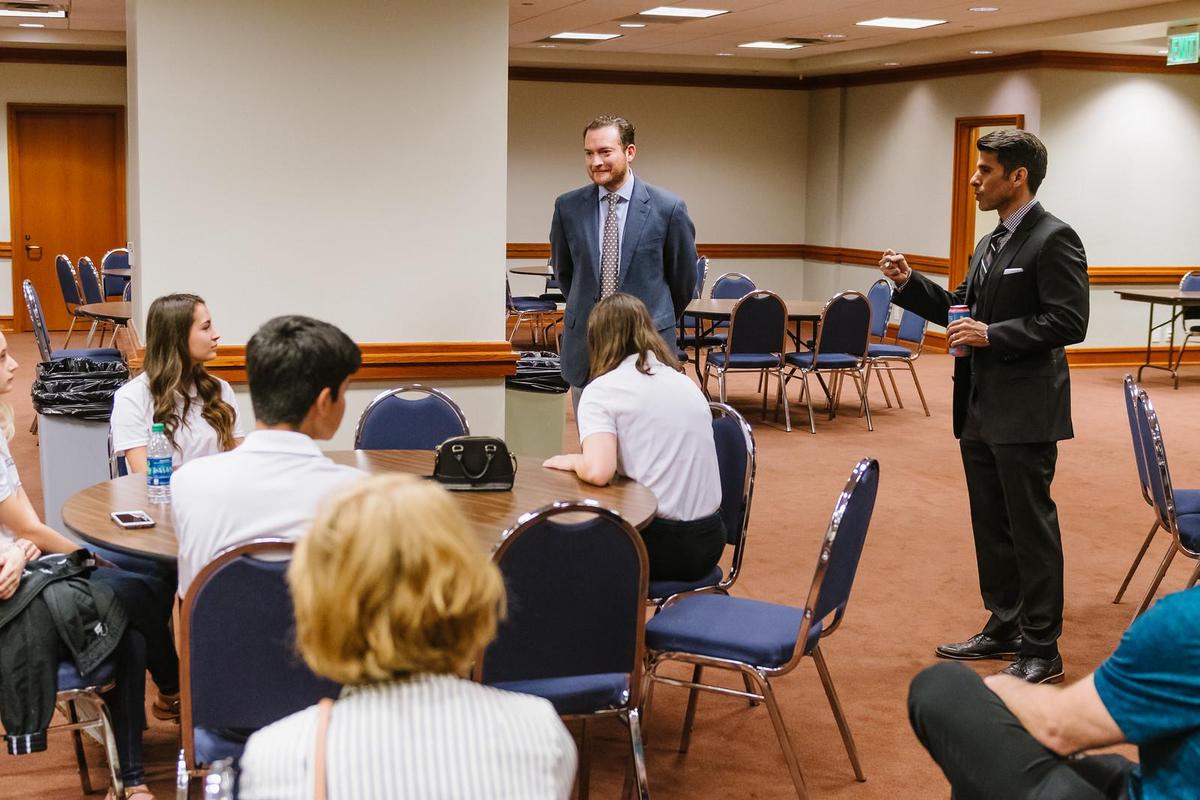