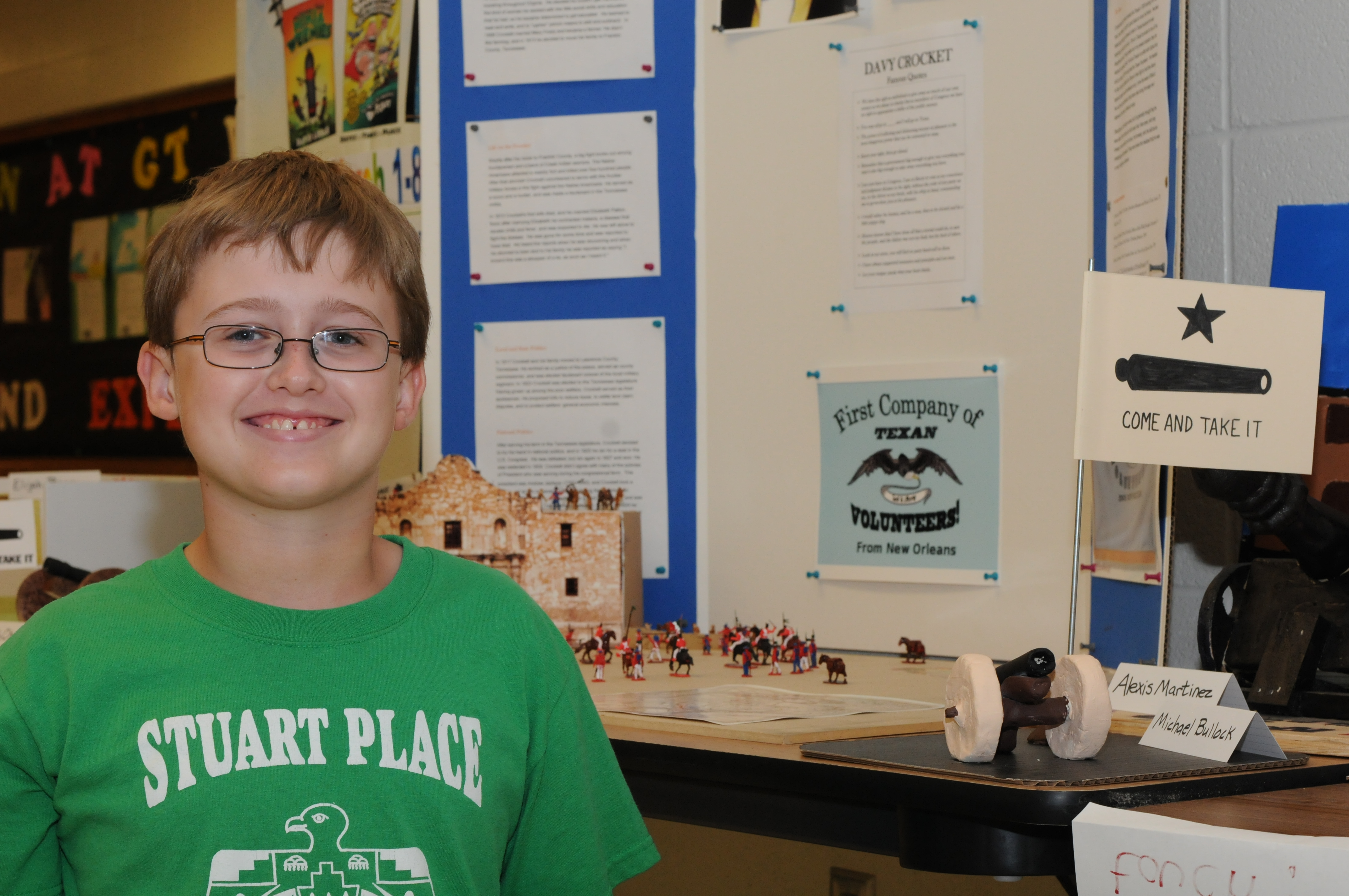 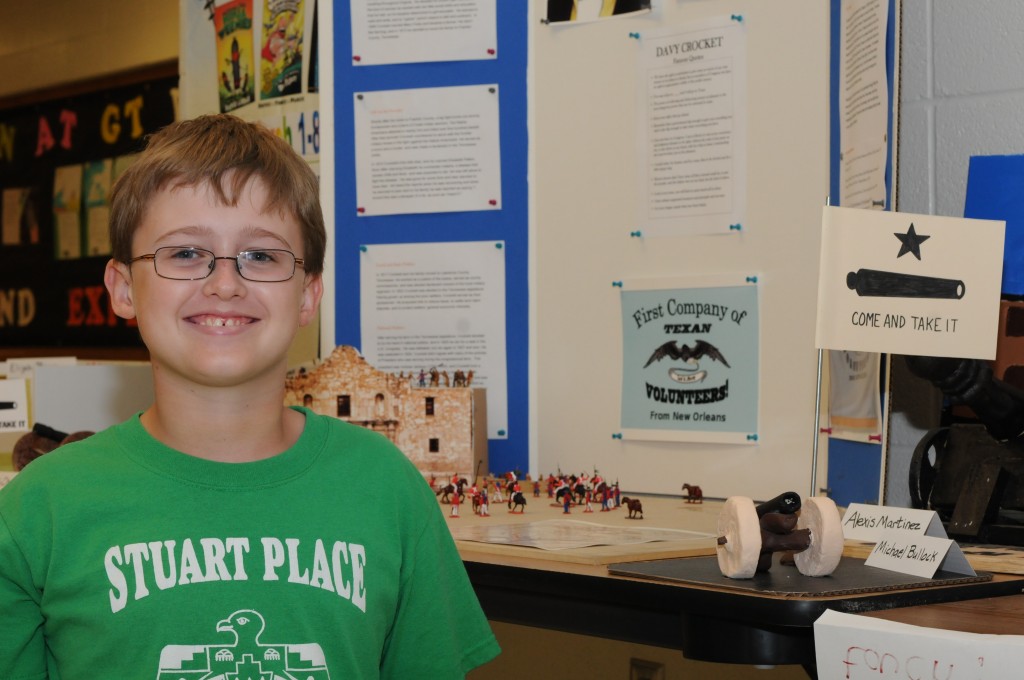 For Jimi Abbott, fourth grade student at Stuart Place Elementary, learning Texas history is not just about reading a textbook but an overall interactive experience.

Every year, fourth grade students participate in a Texas Revolution project. During the project students research Texas heroes, and important events which occurred in the state.  They perform musicals, puppet shows, dramas, and create a living museum representing what they learned.

Abbott decided he wanted to go above and beyond and create an exact replica of the Alamo.  He integrated technology, history, and math to the project. By downloading the original blue prints to the Alamo, he constructed a virtual tour of the Alamo on his XBox using an online program called Minecraft. The program allows the gamer to create structures by placing blocks and testing the structure by participating in battles.

“He used innovation and creativity,” said Principal Michele Todd. “By doing something totally out-of-the box which other kids could learn from.”

The project took over 30 hours to complete.

“The whole objective of the project is what can you learn and take away from it,” said Stuart Place fourth grade teacher Cynthia Elledge. “Having Jimi take so much away from it while having fun is exciting.”