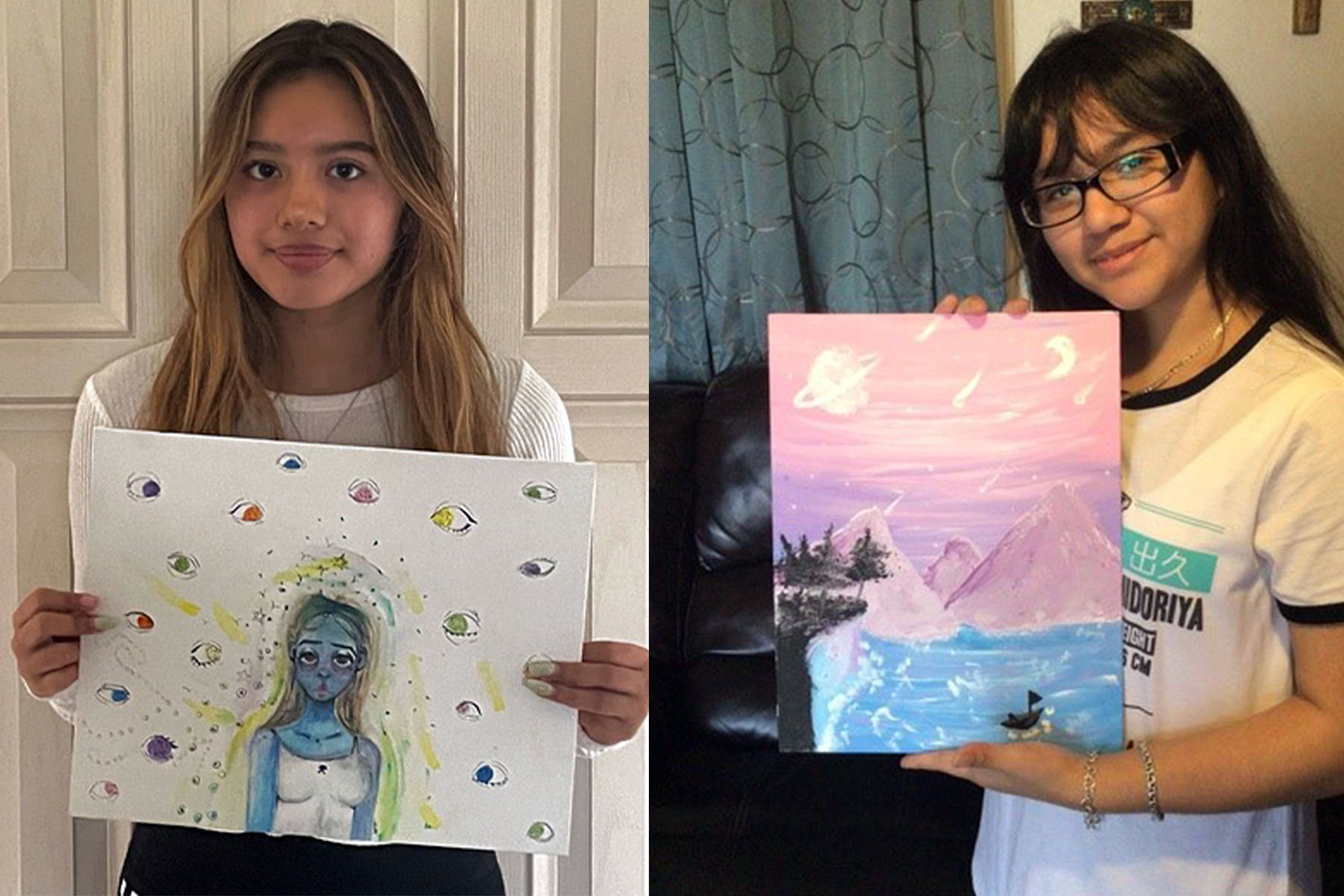 They received a Superior rating, the highest rating possible.

“Superior is like saying it’s as good as it gets,” Cano art teacher Oneida Trevino said. “They did really well for their category.”

In VASE, artists compete in categories based on the level of experience that they have.

“I believe really heavily on competition,” Trevino said.  “It builds self-esteem and confidence, and it also prepares them for college because they are doing rigorous work, meeting deadlines, and interacting with the community. I want them to start realizing that they need to have those skills not just if you are going to go into art, but in any type of profession.”

The VASE competition consists of students creating a piece of art, writing about their creative process, and talking about their artwork in an interview with a juror who evaluates their work using a standards-based rubric, which aligns with an AP rubric.

“At first, I was just like, ‘What? I actually got a gold medal,’” Yvette Govea said. “I was just so happy and proud.”

The competition was held virtually this year with more than 400 student entries.

Alondra Bastidas described what her painting, “All Eyes on Me” meant to her. The art piece features a blue woman surrounded by eyes.

“Society’s contrast can sometimes portray unrealistic ideas,” Bastidas said in her written portion of the contest. “Sometimes it can make some of us really anxious. I was influenced by Tim Burton movies. I love his perspective of unique art, and he isn’t afraid to break boundaries in ideal artistic styles.”

Her juror described Bastidas’s work with the following words, “It is clear to see your creativity and imagination through your thought process. You are successful in transferring emotion from your idea, to your art, to the viewer. Good use of variety and color.”

“I really like it as a pastime,” Bastidas said. “I like seeing images from my head and putting them on paper.”

Yvette Govea described the meaning behind her creation, “Searching,” a painting of pastel colors featuring a mountain scene.

“Sometimes we are trapped in our own little world and we only see what we want to see instead of looking at the bigger picture,” Govea said. “It’s kind of just like searching for something and not truly seeing what’s there.”

Her juror stated the following about her work, “Your work is very dreamy with the colors you chose. Your technique is also well done with your impasto.”

Govea discovered a passion for art through her friends, and now she uses it to express her thoughts and feelings.

“My hands do what they want, and at the end, I reflect back at what I was thinking while painting,” Govea said. “It’s a way to gather my thoughts. I like creating art because it is so relaxing to do, and the outcome is really nice as well.”

Govea hopes to use the artistic skills she is practicing in art, and in events like VASE to open up a small business in the future.

“I might plan to open up a commission shop where I draw for people, or where I create stickers, but I haven’t really had the stuff to start it,” Govea said. “But maybe once I have all of the equipment, I might open up a small business.”