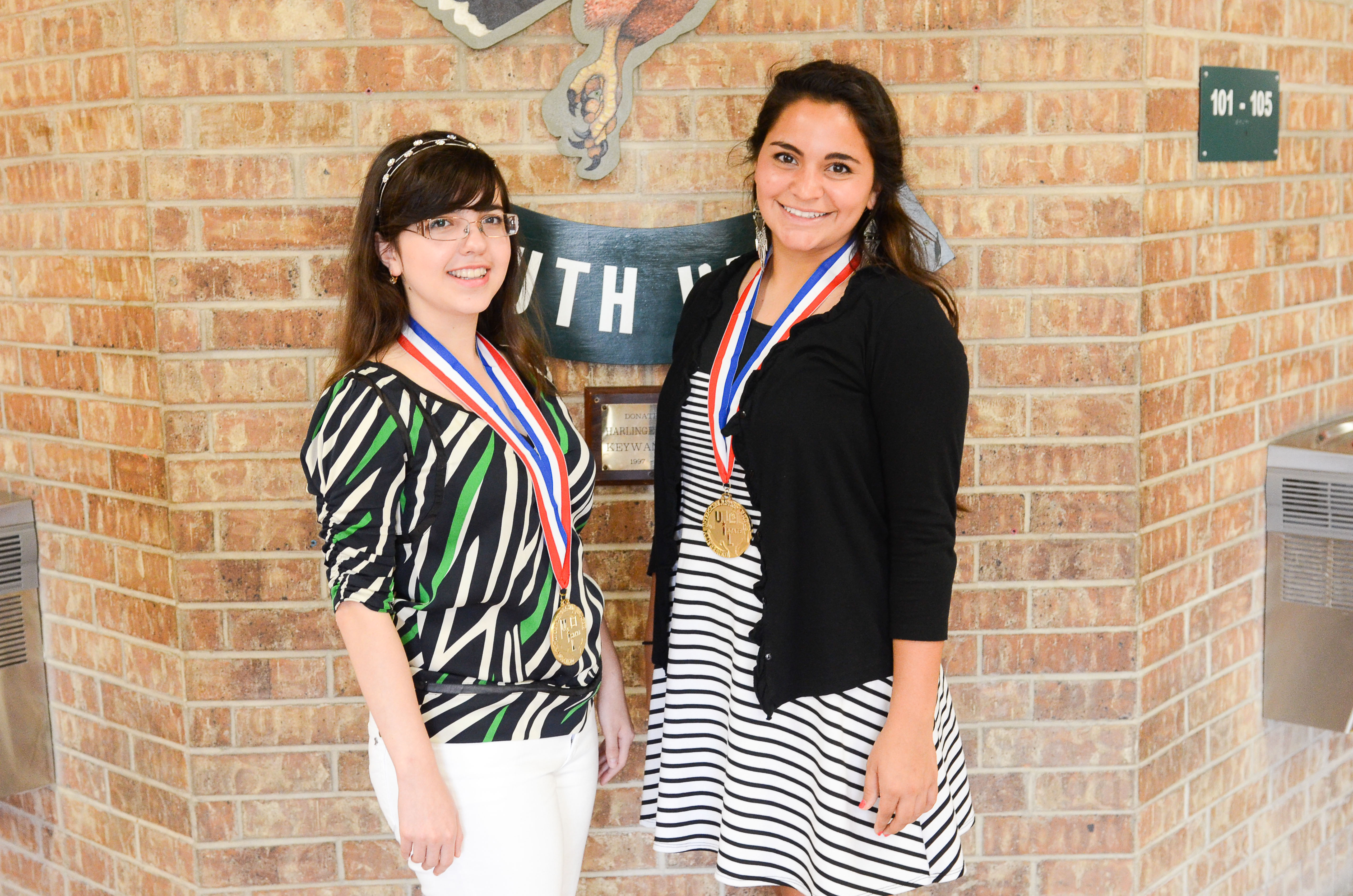 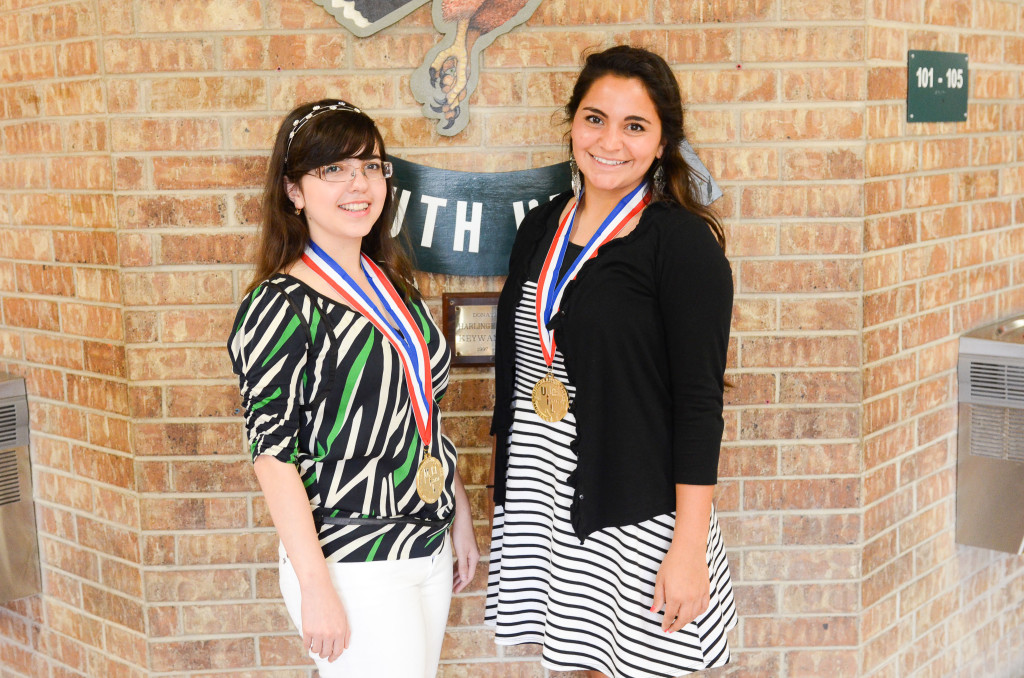 Bianca Quintanilla and Erica Gonzalez have a couple of things in common. They both have a way with words, are star students and now they are both state champions for the 2012 – 2013 school year.

Quintanilla and Gonzalez recently earned a first place win and the title of State Champion at the University Interscholastic League (UIL) Academic State Competition held at the University of Texas at Austin on May 21.

Quintanilla, who is also the valedictorian of the class of 2013, earned first place in Spelling and Vocabulary. This is the second time she has earned this prestigious title with her first win occurring in 2011. Throughout her high school career, she has qualified for the state tournament three times. Last year, she was awarded fifth place in the state.

“I was exhilarated when I saw my score of a 98, because all of the mistakes I was worried about making I didn’t make,” said Quintanilla. “It was more exciting because it was my second championship. It felt a bit like validation. I felt that I had proved myself.”

Gonzalez, junior, earned first place in the competition’s Hispanic History essay contest. Her essay showcased a man who faced United States Federal Judge Filemon Vela in court, she said. With her win, she was also awarded a $2500 scholarship.

“I was freaking out, because I really wasn’t expecting to win,” said Gonzalez.  “They called everyone else before me, and I assumed I didn’t place. I smiled when they called my name. It was an honor to be selected.”

Along with their state champion title, both winners will be eligible to receive a scholarship from the Texas Interscholastic League Foundation.

It wasn’t by chance that the two competitors got to the final stages of the contest. They both had prepared extensively for their respective event. Quintanilla began her quest for the state title in August when she received her list of words, she said. She studied every day during ninth period, after school and participated in weekly practices and invitational meets once a month.

“She carried her list around with her,” said Deborah Vaughn, HHSS English teacher and UIL Spelling and Ready Writing coach. “If she had down time, she studied. It was a conscious effort on her part.”

For Gonzalez’s category, she did extensive research and looked into court records to ensure her presented information was as accurate as possible, she said. She also received assistance from her father, who previously worked with Vela, and interviewed many individuals related to the case. The essay took the span of multiple months to complete.

“I assigned everyone the essays around Christmas, and once I returned the essays to them I let them know what they needed to do if they wanted to submit them,” said Vaughn. “Her essay stood out because of the primary documents she used. The introduction will give you goose bumps.”

As Quintanilla prepares to graduate, she anticipates the skills that she has acquired during her four years of participating in the UIL Academic Team will help her transition into college, she said. Gonzalez, preparing to enter her senior year of high school, will use this experience to help her in next year’s competition.