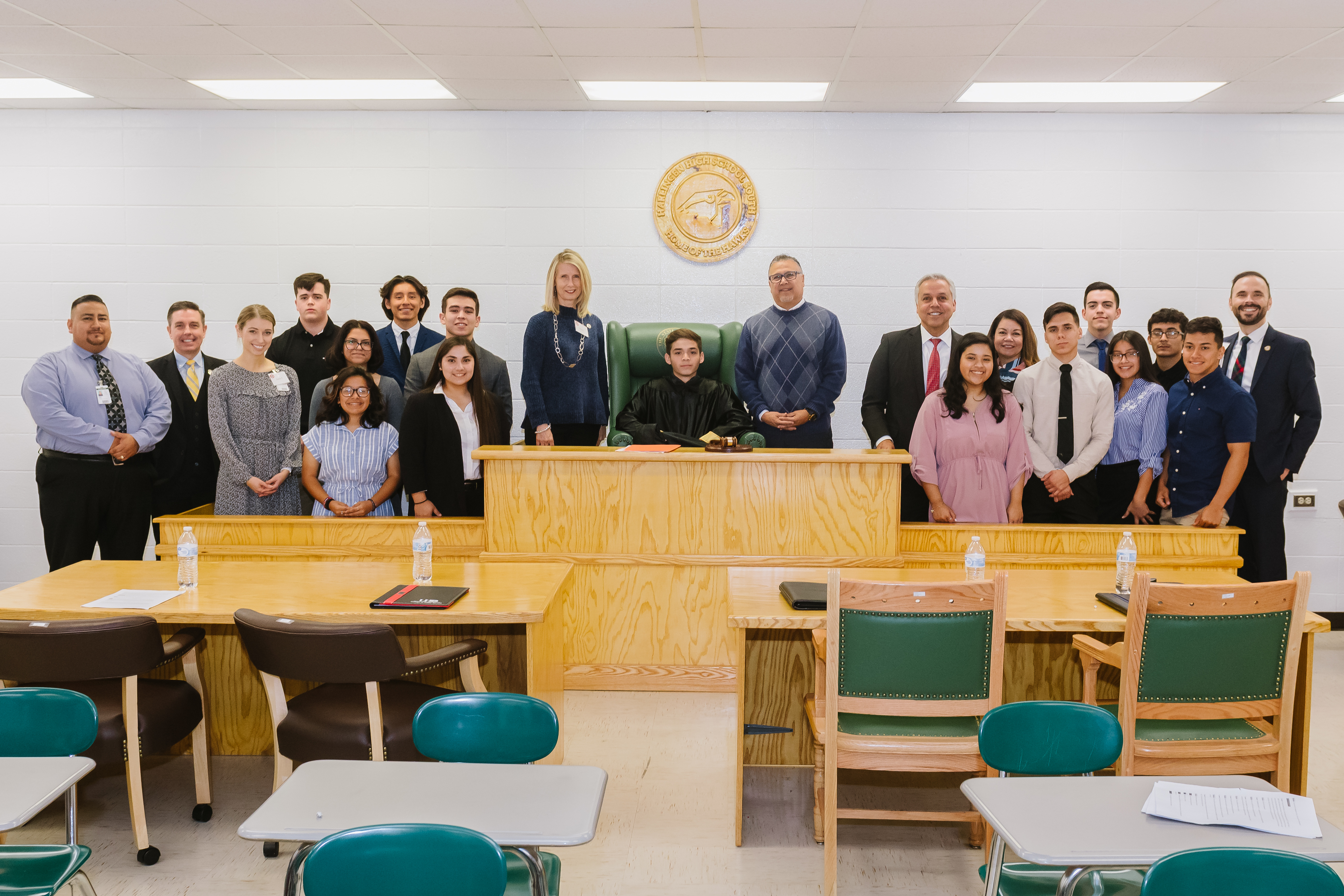 Harlingen CISD students in the Pre-Law Academy have the choice of enrolling in the legal studies or law enforcement pathways as a way to jumpstart their future careers.

The Harlingen High School South students in the court systems and practices class participated in a mock trial in February. Before the mock trial, the students conducted research, wrote about the case, and reviewed the evidence.

“We practiced a lot,” said Harlingen High School South Senior Edith Rodriguez. “This class has motivated me to pay attention to the judicial system.”

Edith plans to attend the University of Texas at San Antonio where she will further delve into pre-law courses. Since taking the court systems class in high school, Edith grew interested in forensic investigations and law.

“As Dr. Cavazos said, it’s amazing to have the idea that you’re innocent until proven guilty,” Edith said. 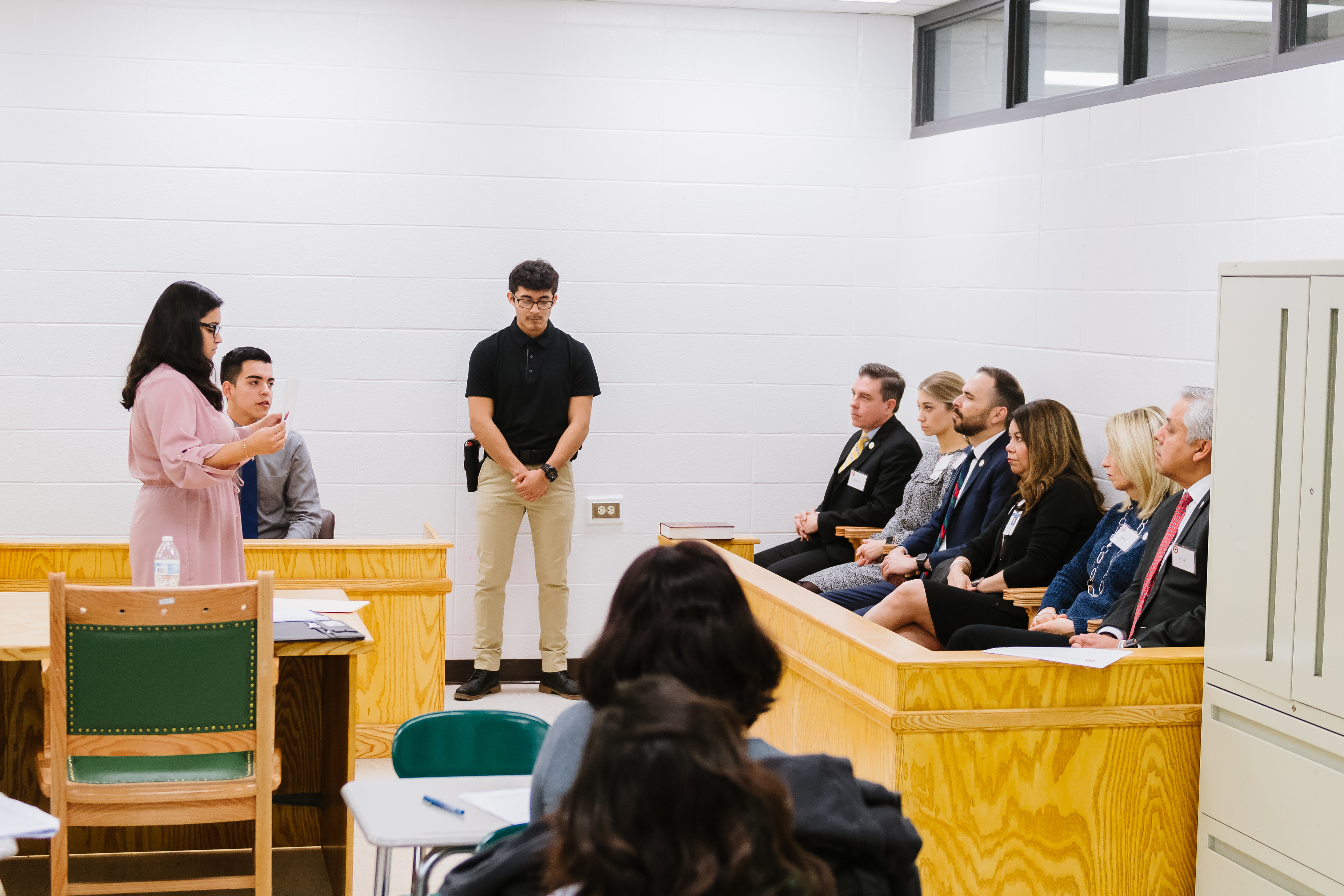 Harlingen CISD Superintendent Dr. Art Cavazos, as well as other administration and staff, served on the mock trial’s jury inside the mock courtroom at Harlingen High School South.

The space was created to mimic a real-life courtroom.

“My mom asked me, “Did you go to a courthouse,” Edith said while smiling. “I told her, “No, that was my class.”

Edith serves as the prosecuting attorney in the mock trial and examined and cross-examined witnesses such as classmate Chancellor Grant, a senior at South.

“I learned that trials aren’t like the shows,” Chancellor said. “It isn’t as dramatic, and you have to be more attentive to the details. There’s a lot that goes into it.”

Chancellor said the class helped him break out of his shell, considering there’s public speaking involved in the legal studies pathway within the Pre-Law Academy.

“Afterward, I could go up and just start talking,” he said. “I can now think of rebuttals a lot quicker, and it’s a confidence booster, honestly.”

“I’m thankful for the experience because usually in classes you read about it, but in this class, you can experience what it’s like to go through the full court process,” Chancellor said. “It’s an experience that not all students get.”

Their teacher Mr. Robert Reyes is just as passionate about the Pre-Law Academy courses as his students.

“From the beginning of the year to now, I’ve seen the students develop their skills,” Mr. Reyes said. “It’s a good feeling.”

Reyes previously worked in law enforcement and had experience as a music teacher before joining Harlingen CISD at the start of the 2019-20 school year.

“I’ve always wanted to be a teacher because I feel that I have a gift of communicating with others and inspiring the future generations,” he said.

High school students may enroll in the academy courses at their home campus. The courses may be added to their school day schedule.

For more information about the Pre-Law Academy, visit  www.hcisd.org/academies  or contact HCISD directly at (956) 430-9530. 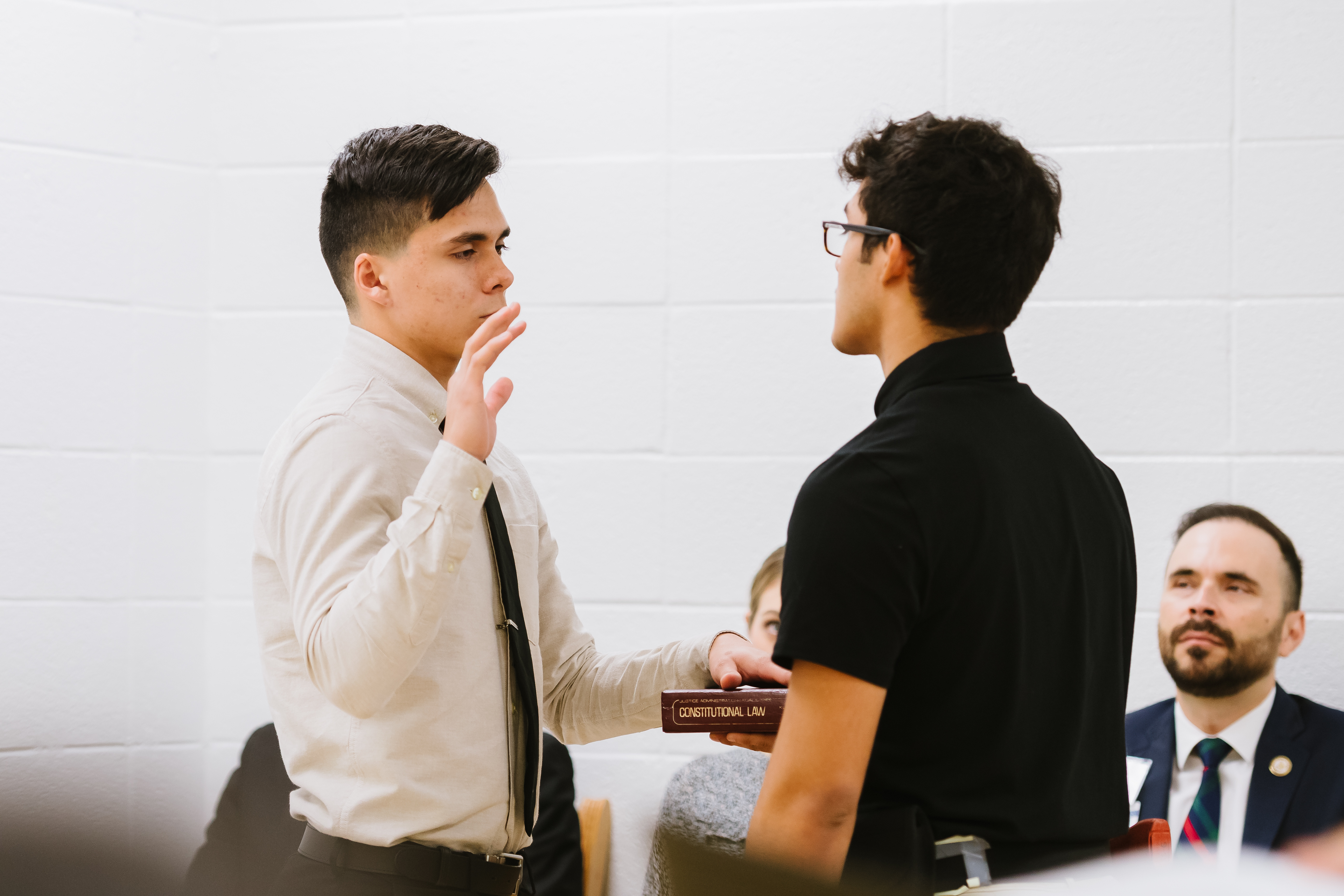