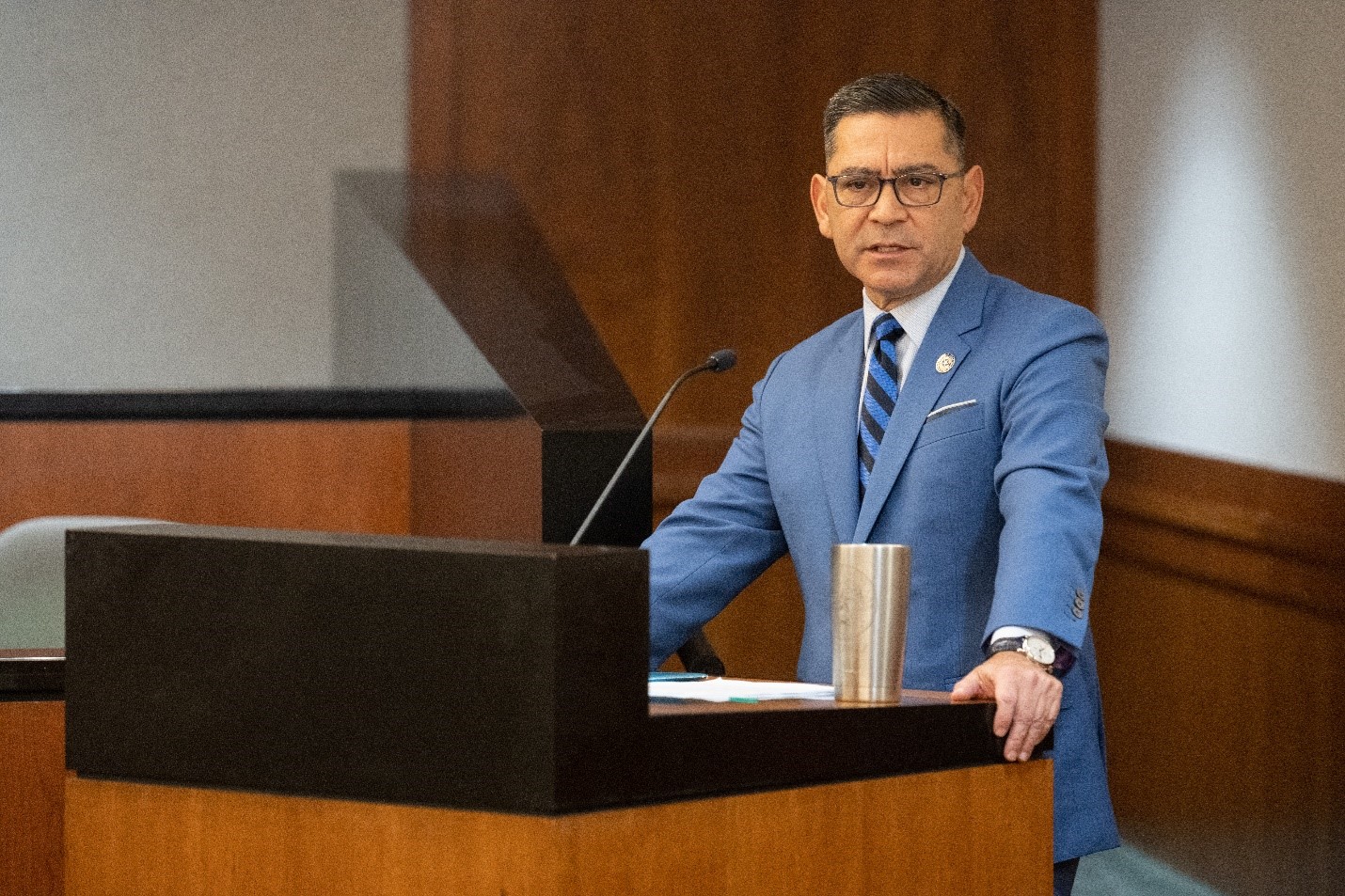 Commissioner Julian Alvarez III, representing Labor on the three-member Texas Workforce Commission, appointed by Governor Greg Abbott in 2016, grew up in Harlingen in the Fair Park neighborhood. He attended Bonham and Bowie Elementary schools and played football at Gay Junior High School. While attending Harlingen High School (HHS), he was a letterman in baseball. He graduated from HHS in 1982.

His parents didn’t expect him to go to college after graduation. They were hard workers (his father from La Feria sold cars for more than 25 years at Boggus Ford and his mother from Harlingen worked as a bank teller) but they had not attained higher education. The Commissioner’s decision to attend college was part of what he calls “mirror association” – his close childhood friends Roberto Gallaga (now an Athletic Coordinator/Athletic Teacher at Memorial Middle School in Harlingen) and Daniel Araiza (now Principal at Secondary Alternative Center in Harlingen) went to Texas A&I University in Kingsville, and he followed suit after briefly attending Texas Southmost College. The Commissioner had to pay for college on his own so he worked as a custodian at The Sportsman in the summers while his father helped by providing his sales commissions when he could. The Commissioner was the first and only member of his family to attend and complete college, earning his Bachelor of Science in Secondary Education degree from Texas A&I.

His professional career started at Texas State Technical College (TSTC) in Harlingen. He also worked as a highway patrolman for the Texas Department of Public Safety. He returned to TSTC as their Director of College Information, where he was responsible for getting students in the Rio Grande Valley (RGV) interested in the TSTC programs and support services. He then made the leap into the political arena by serving as the Texas Regional Director for U.S. Senator Kay Bailey Hutchinson. In that position, he championed legislative and policy issues related to south Texas. He also served as President and CEO of the Rio Grande Valley Partnership where he coordinated programs to advance economic development and employment opportunities. He was appointed to the Texas Workforce Commission in 2016 and has been extended by Governor Abbott through February 2023.

As Commissioner, he is responsible for representing the interests of nearly 14.5 million working Texans, the second-largest skilled workforce in the United States, second only to California. During the pandemic the Commissioner informed me that more than 70 companies moved to Texas.

The Commissioner was in Harlingen recently presenting Jobs & Education for Texans (JET) grant checks to Santa Maria Independent School District and the Harlingen Consolidated Independent School District. When asked what the checks provide, he explained that the funds enable training for students interested in welding (or other industries like auto body and healthcare) with welding stations and virtual reality (VR) glasses. For the students interested in healthcare, they can use a simulator to draw blood or even use a mannequin to simulate childbirth. This unique kind of training allows students to learn right away if the job they believe they wanted is a match or not. Students who complete this training are then able to move on to jobs that require specific certifications and credentials.

When I asked the Commissioner what advice he would give to students, he said success doesn’t “necessarily require a four-year degree.” Many of the demanding occupations require industry credentials and other forms of certifications. Another saying he likes to tell young girls is “if you can see it, you can be it,” meaning visualize yourself in the job you want, whether it be in coding or Science Technology Engineering Math (STEM)-related fields, and you can make it a reality. The Commissioner informed me that kids in the RGV have many opportunities now and are excelling at the regional, state, and even national levels when competing in such contests as FIRST Robotics. Overall, he said “who you surround yourself can pretty much tell you how you are going to be in the future. Find positive people and be around them.” The Commissioner continued, “be humble with your success that you are going to have in the future” and continue to love your family. Another of his favorite sayings is: “Remember when you wanted everything you have today,” which is a reminder to stay humble and be grateful for what you have and the hard work it took you to get there.