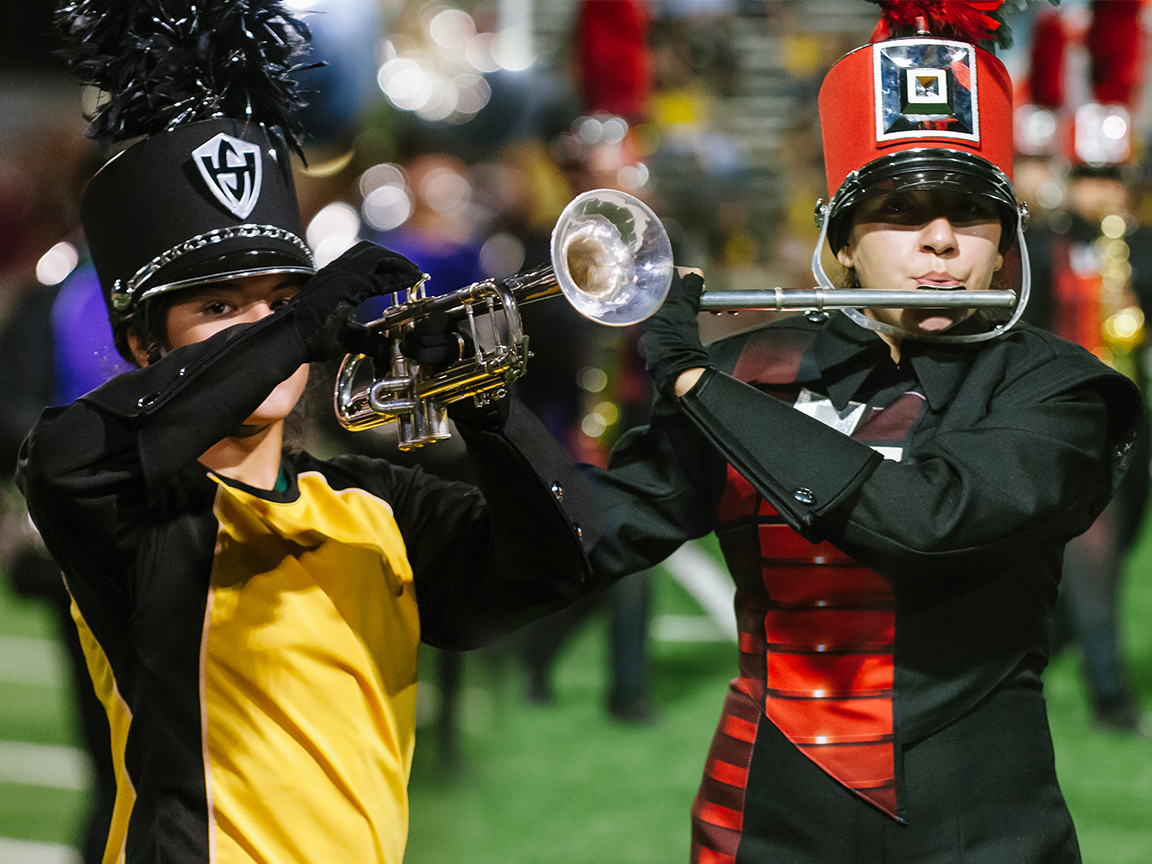 Earning superior ratings, both bands earned a Division 1 ranking and qualified for the Area Marching Band Contest to be held on October 25 in San Antonio.

The Area contest and the prelims will be held at two different sites. Below is a schedule of performances:

Bands that advance are given a time at Finals.

Also on display that day was the hard work of the bands’ directors and staff that remain dedicate to the success of these programs and students.