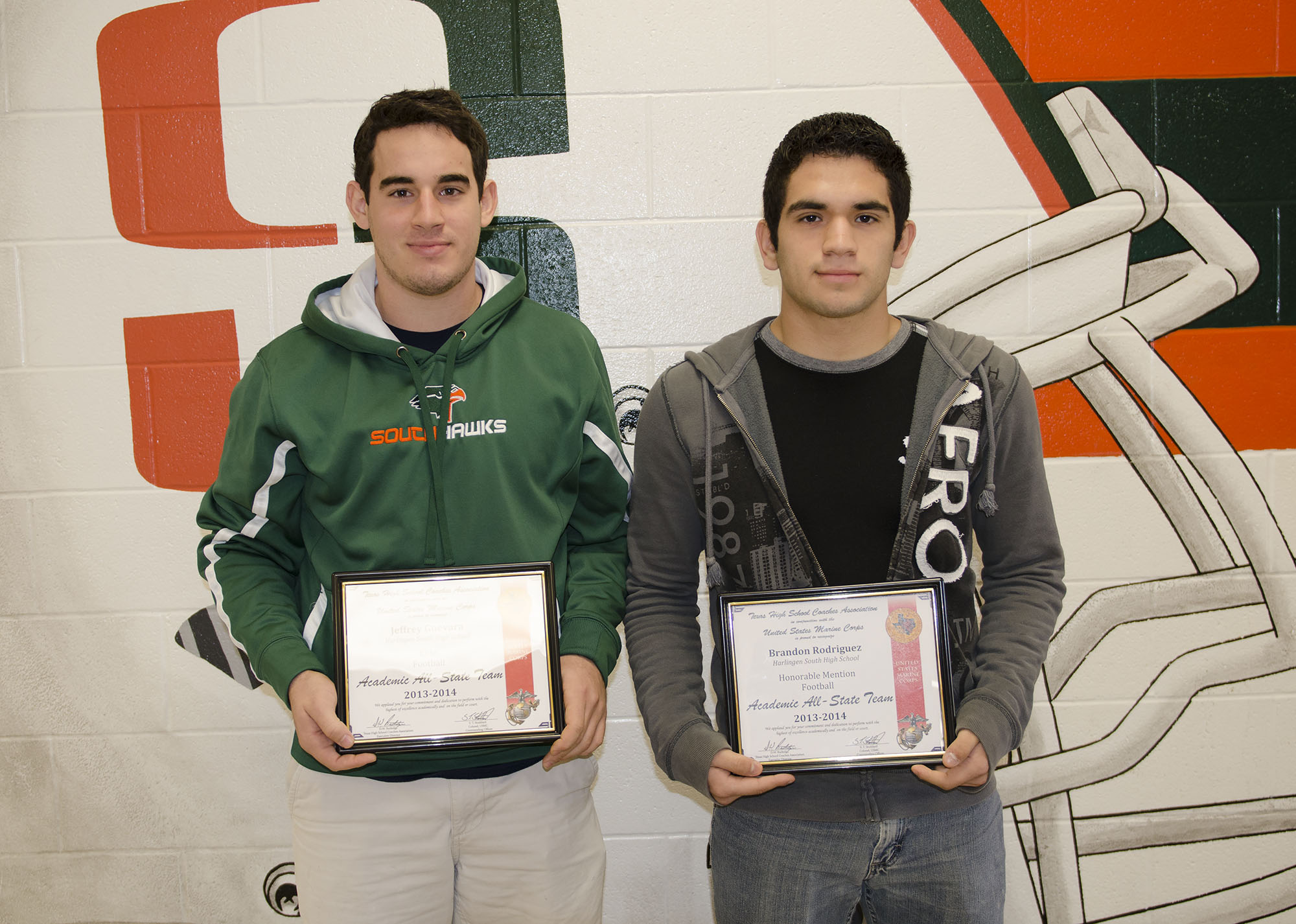 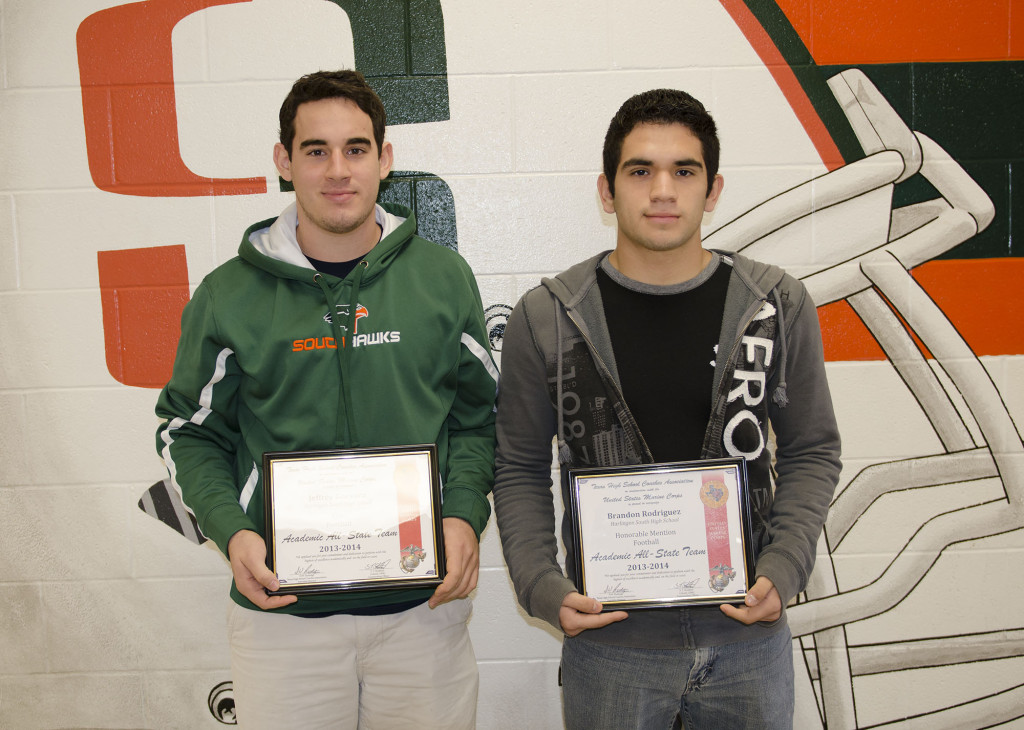 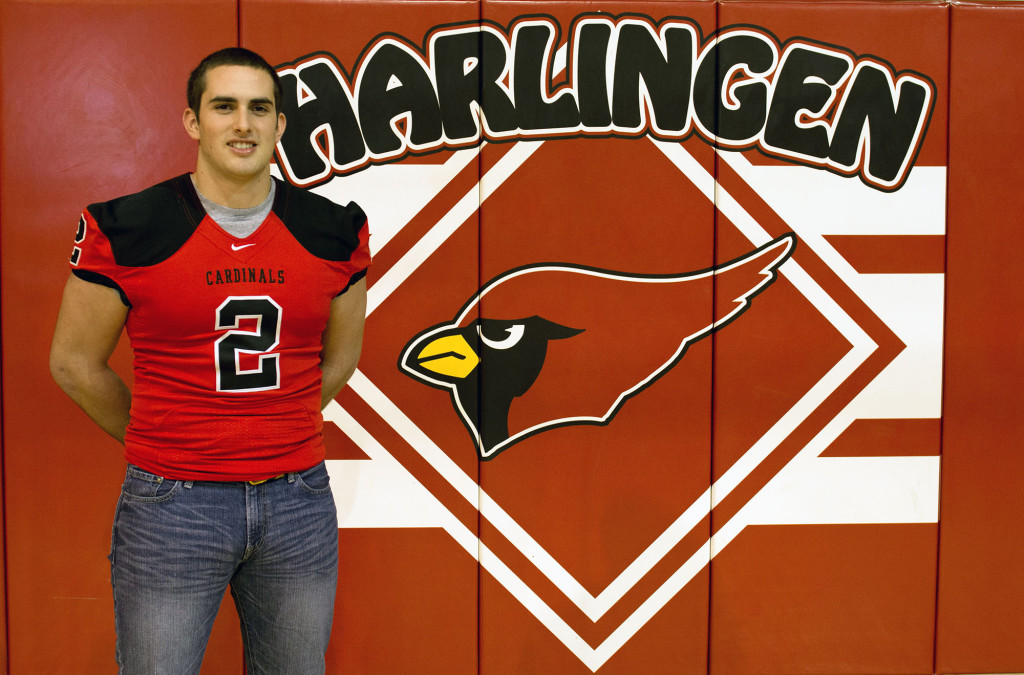 Earning victories on both the field and in the classrooms, seniors Jeffrey Guevara, Brandon Rodriguez and Gilbert Bermea were selected to represent the Harlingen Consolidated Independent School District as ambassadors of both academic and athletic excellence.

Guevara’s placement on the Elite team represents the highest honor a student-athlete could earn.

“I’m very proud to be part of the team and represent Harlingen,” said Guevara. “It was tough at times to do everything, but it needed to get done. You have to make the time to study and practice. It’s important to not waste time and remain focused.”

To be named to a team, students were required maintain a minimum of a 92 Grade Point Average (GPA) throughout high school, display good merit and be in current good standing with their team. After being nominated by a coach or athletic trainer, students were scored in all three categories and based on their scores were placed in the Elite, First, Second or Honorable Mention team.

With their selection, the players and their coaches hope to emphasize the importance of remaining both academically and athletically sound while participating in extracurricular activities.

“As a coach it is important for students to stay on top of their game,” said HHS coach Manny Gomez. “We are always trying to motivate these kids to get to that next level. You can’t do it by just being a good football player, that’s why you have to be the best person you can be.”

“We want well-rounded athletes and that’s what we preach to our students,” said HHSS Coach Lanny Wilson. “We talk to our guys about wanting them to do great things in the athletic field and also in their life.”

With the many organizations that the students belong to, they attribute their overall success to hard work, time management and remaining academically focus. They also give credit to their support systems both at home and on the campus for giving them the tools to succeed.

“I want to thank my family for motivating me to do great things,” said Bermea. “Like Coach Gomez said, “They set the bar.” My goal wasn’t just to meet that bar but to exceed it, and I want to thank them for that mind set and helping me be who I am today.”