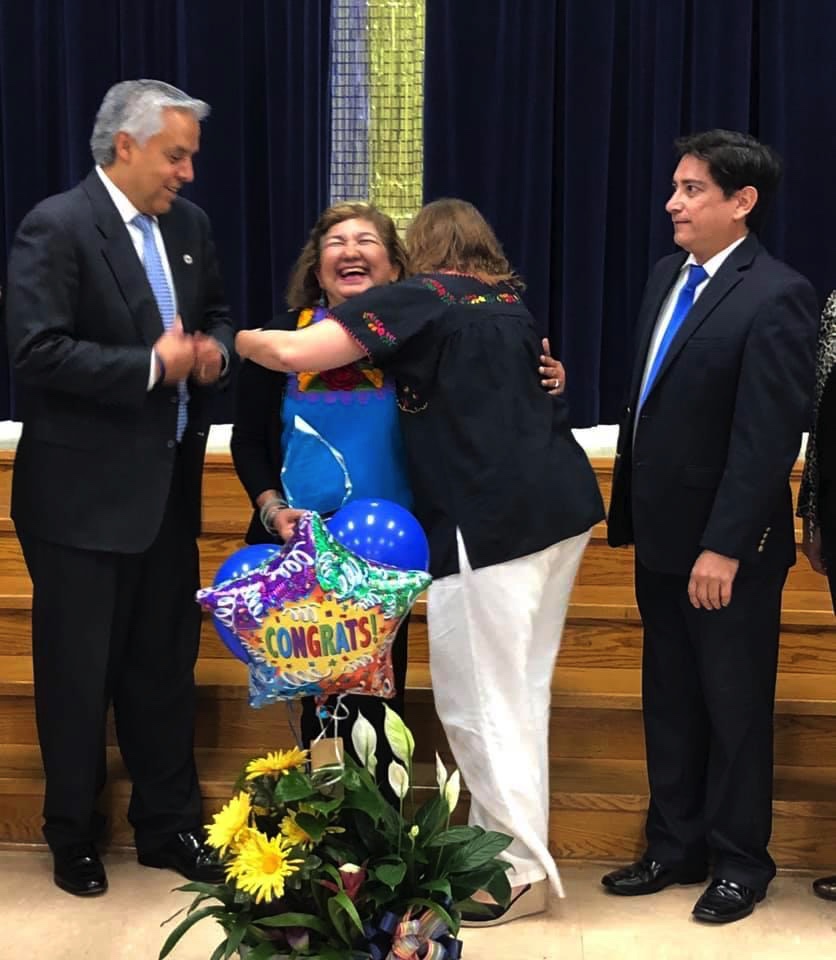 The Harlingen CISD administration surprised two district teachers of the year on Monday morning – kicking off the start of teacher appreciation week.Students and teachers at Wilson Elementary gathered in the cafeteria for what they thought was an assembly. Instead, Superintendent

Dr. Cavazos revealed that Wilson Elementary teacher Ms. Mariela Herrera had been selected as Harlingen CISD’s elementary teacher of the year for her continuous commitment to early childhood education.

“Teachers make everything possible,” Dr. Cavazos told Ms. Herrera in front of the spirited crowd at Wilson Elementary that included her students, fellow teachers, and the principal. “For that, we are forever grateful.”

Many parents and future students congratulated Ms. Herrera for the accolade.

“You definitely deserve this and so much more,” said Lorena Martinez, a previous student of Ms. Herrera. “Not only did I have the privilege of having you as a Pre-K teacher, but you also taught one of my daughters … We love you.”

Ms. Herrera then celebrated with the Wilson Elementary school family, while Dr. Cavazos and the Harlingen CISD administration team made their way to drop in on another teacher appreciation week assembly held at Harlingen High School.

While the Harlingen High School Big Red Cardinal band performed an upbeat tune inside the gym, the team made its way to the front of the crowd that included students and teachers.

Dr. Cavazos then declared that Mr. Michael Gerleman had been selected as the district’s secondary teacher of the year.

“He is a true example of a person who has walked a journey and has impacted so many lives,” Dr. Cavazos said. “We’re blessed to have teachers like Mr. Gerleman who do the heavy lifting in classrooms and inspire children, students, young adults as well as other teachers.”

Mr. Gerleman has been teaching at Harlingen High School for the past 31 years. 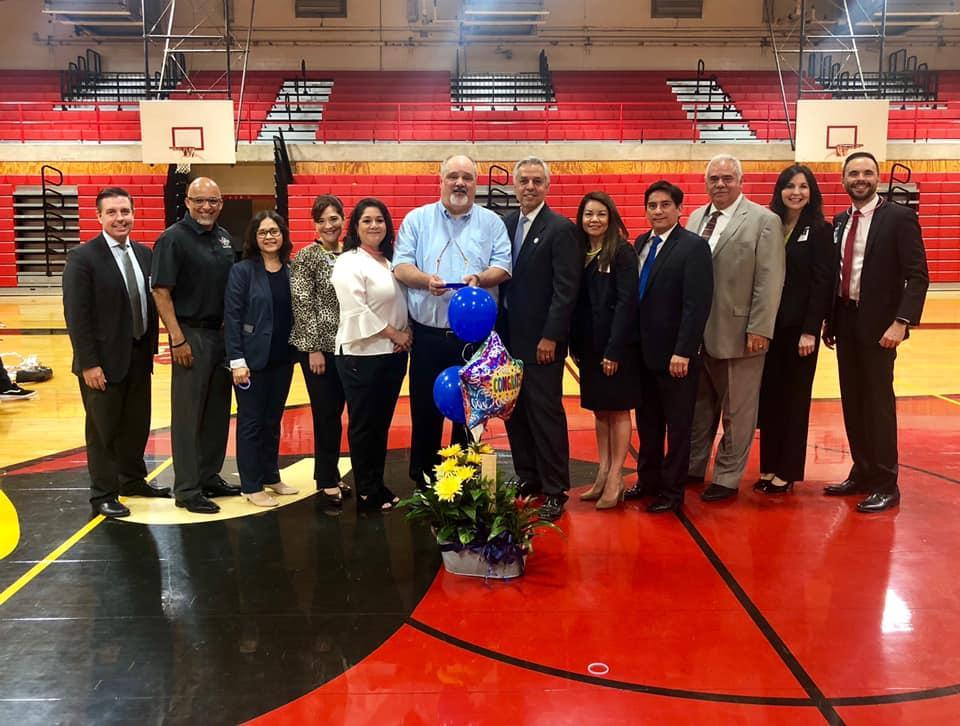 Mr. Gerleman, who currently teaches senior-level English, advanced his teaching career through his passion for literacy. Most recently, Mr. Gerleman immersed himself in the school’s Character Strong program, an initiative to develop of culture of caring.

“Being a teacher is being endlessly patient, endlessly accepting and letting students know they always have a chance to turn their lives around, and it’s never too late, even on the last day, to turn in that paper or to complete that assignment to prove what a good person you are,” Mr. Gerleman said. “Students and teachers here are always striving to improve every day.”

Mr. Gerleman took a photo with staff and students before returning to the place he loves to be – inside the classroom.

“I was just very pleased and very honored, and I want to say I don’t think that means I’m the best teacher on campus or anything like that,” he said. “I think it’s more about an attitude of caring about education and wanting to represent my fellow teachers here.”

Ms. Herrera and Mr. Gerleman, the 2018-19 Harlingen CISD teachers of the year, were presented with engraved glass plaques during the surprise announcements.