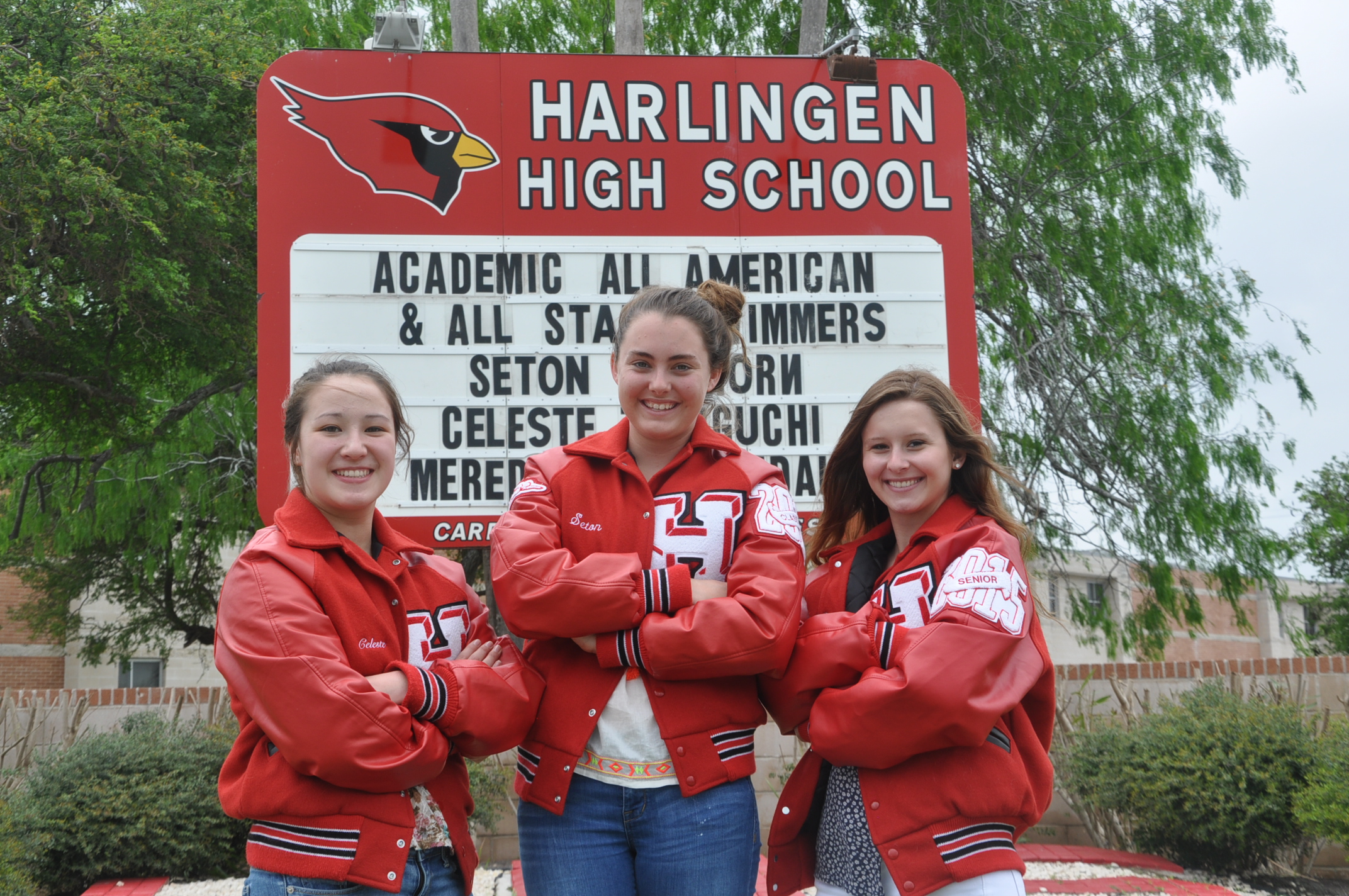 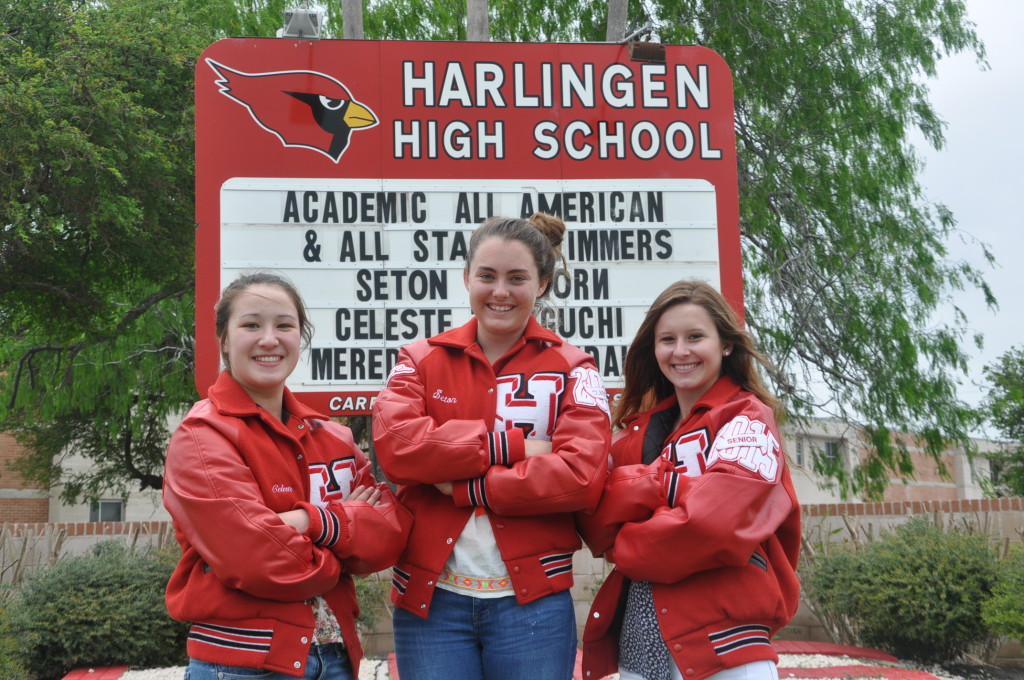 Inside and outside the pool, Seton Uhlhorn, Celeste Taniguchi, and Meredith Kuykendall swam their way to the top to achieve the title as Academic All-Stars this year.

Uhlhorn and Taniguchi have recently been named Academic All Americans, as well as Academic All State along with their teammate Meredith Kuykendall.

Uhlhorn and Taniguchi were both awarded this title for participating in the Harlingen High School Girl’s Varsity Swim team for at least two years, having a 3.75 non-weighted Grade Point Average (GPA) and for being seniors.

Uhlhorn, Taniguchi, and Kuykendall all received the Academic All- State title for being either a junior or senior, and for having at least a 3.75 GPA.

The HHS Girl’s Swim team was also awarded a National Silver Scholar team award for having a combined GPA between 3.5 and 3.75.

In addition to these awards, Uhlhorn and Taniguchi both qualified for the 2014 Regional meet earlier this year.