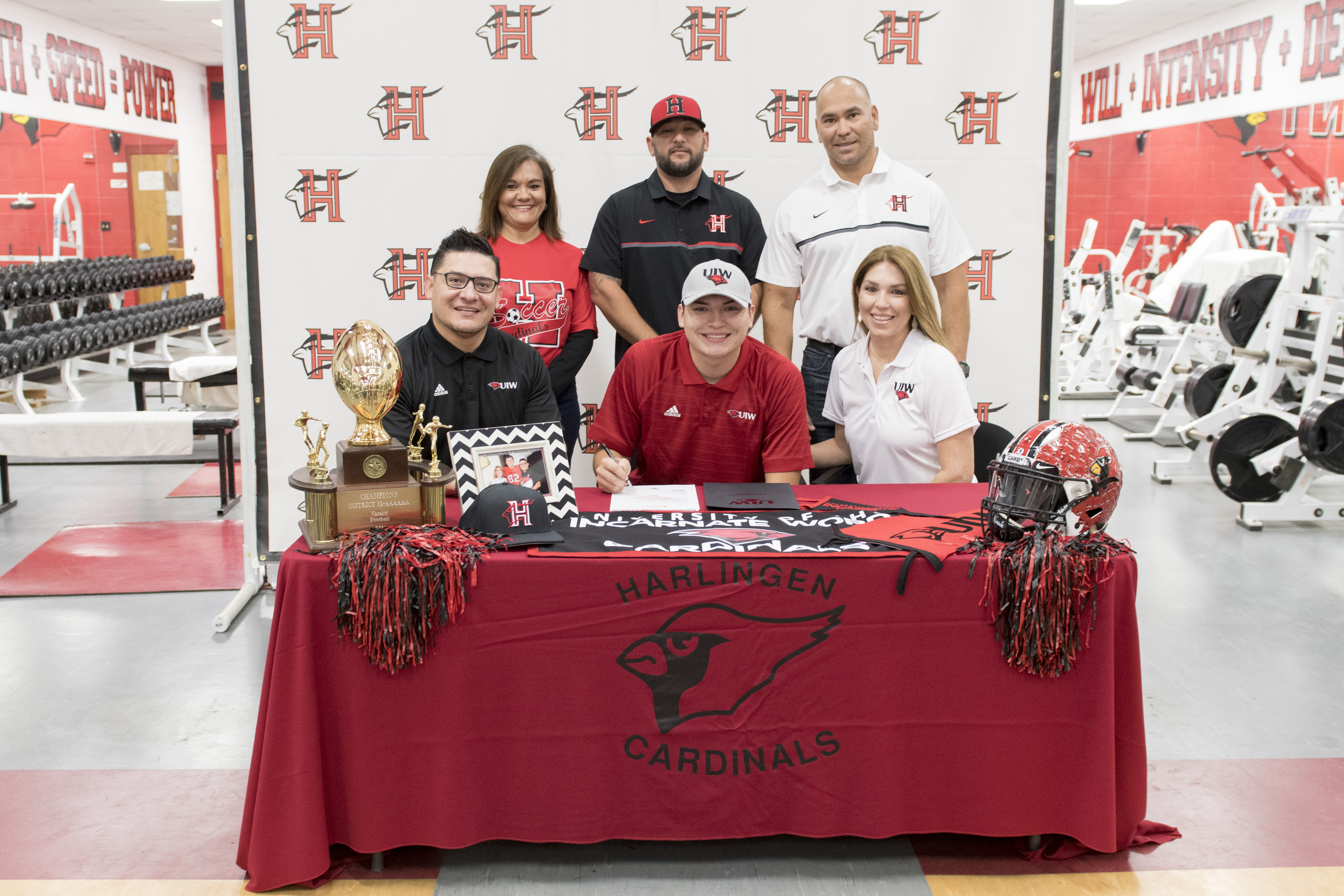 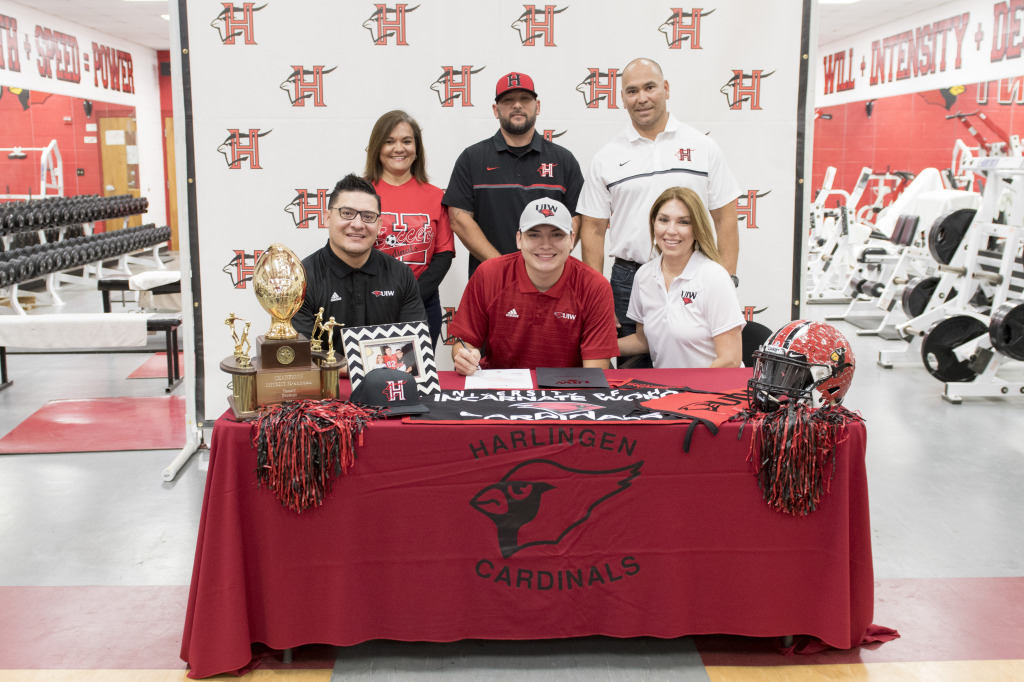 Senior, Jeriel Cervantes, signed his letter of intent on Friday, March 10, to play football for the University of the Incarnate Word in San Antonio this fall.

Cervantes said what he’ll remember most about being on the Cardinal football team is the immense support of his teammates and coaches who have pushed him to always challenge himself on and off the field.

“The brotherhood here in Harlingen is amazing. I have no brothers or sisters, but each one of my teammates was my brother, and every one of those coaches was like a father to me,” he said. “I want to be the example that it can be done. First, you must have the grades, that’s why I was able to get an academic scholarship. Too many people place emphasis on football, but it’s 50/50; one doesn’t outweigh the other.”

Surrounded by teammates, coaches, family, and administration, the young athlete said that he looks forward to the next chapter of his life as he plays tight end for the UIW Cardinals and pursues his bachelor’s degree in Business Economics.