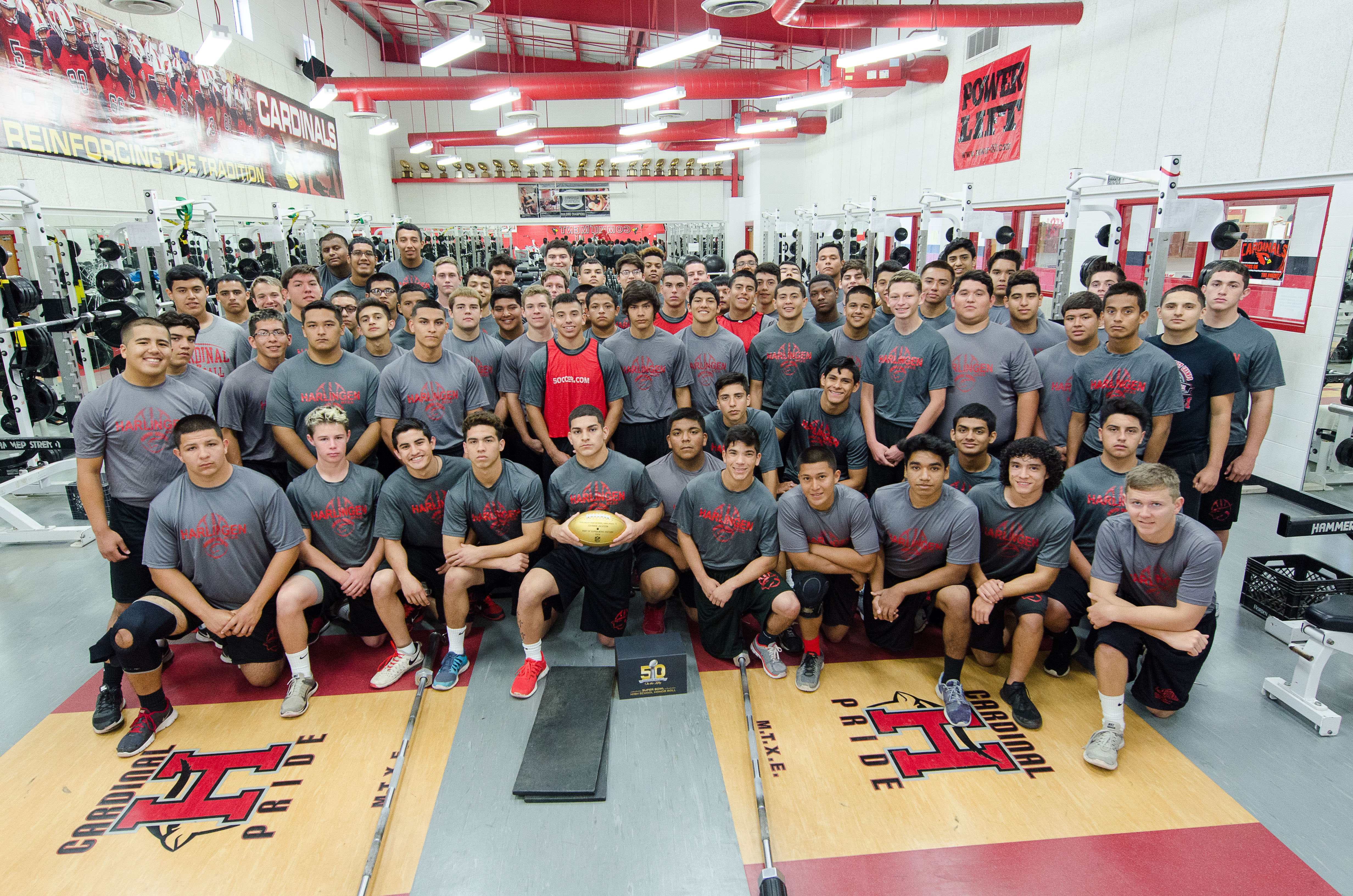 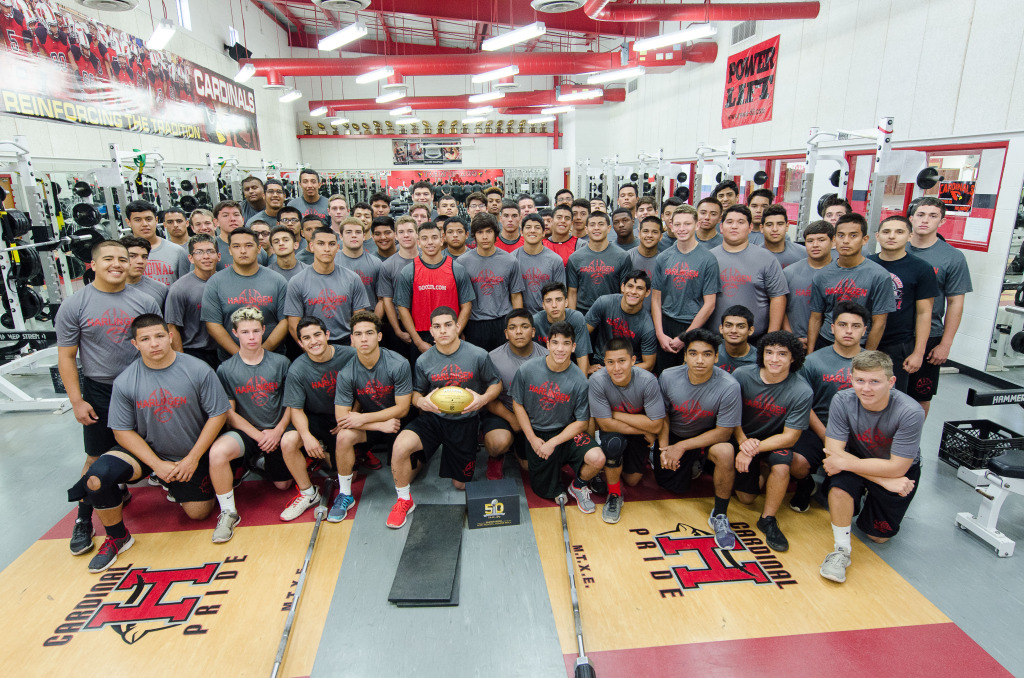 The NFL recognized Harlingen High School earlier this month as part of their Super Bowl High School Honor Roll initiative, which recognizes schools and communities that contributed to Super Bowl history and positively impacted the game of football.

HHS received a commemorative Wilson Golden Football in honor of Johnnie Jackson, a 1985 HHS graduate, who played in Super Bowl XXIV with the San Francisco 49ers.

HHS Head Football Coach, Manny Gomez wants this acknowledgment to serve as a reminder to his players of what one can achieve with commitment and hard work.

“This gives the kids some hope and something to feel proud of,” says Gomez. “We don’t just want to be average in what we do. We want to go against the grain and go to places that we’ve never been. This recognition is the perfect example of what can happen when you put in the hard work.”

High schools across the nation, and around the world, will receive a commemorative Wilson Golden Football for every player or head coach who graduated from their school and was on an active Super Bowl roster. Nearly 3,000 players and head coaches, and more than 2,000 high schools will be recognized.

The NFL Foundation will provide the schools with a new character education curriculum and the opportunity to apply for grants of up to $5,000 to help support and grow their football programs. The NFL Foundation has invested $1 million towards the campaign.