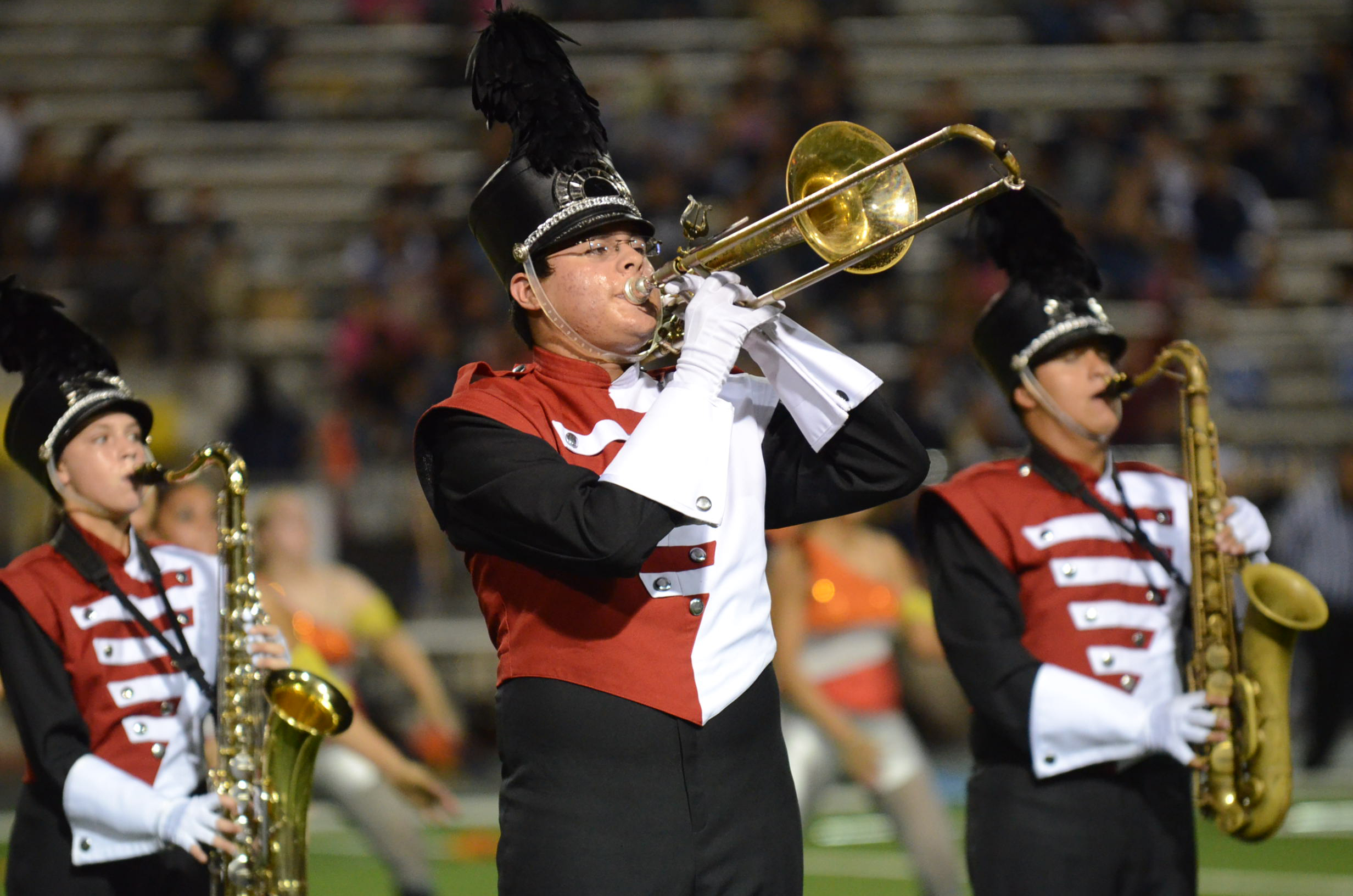 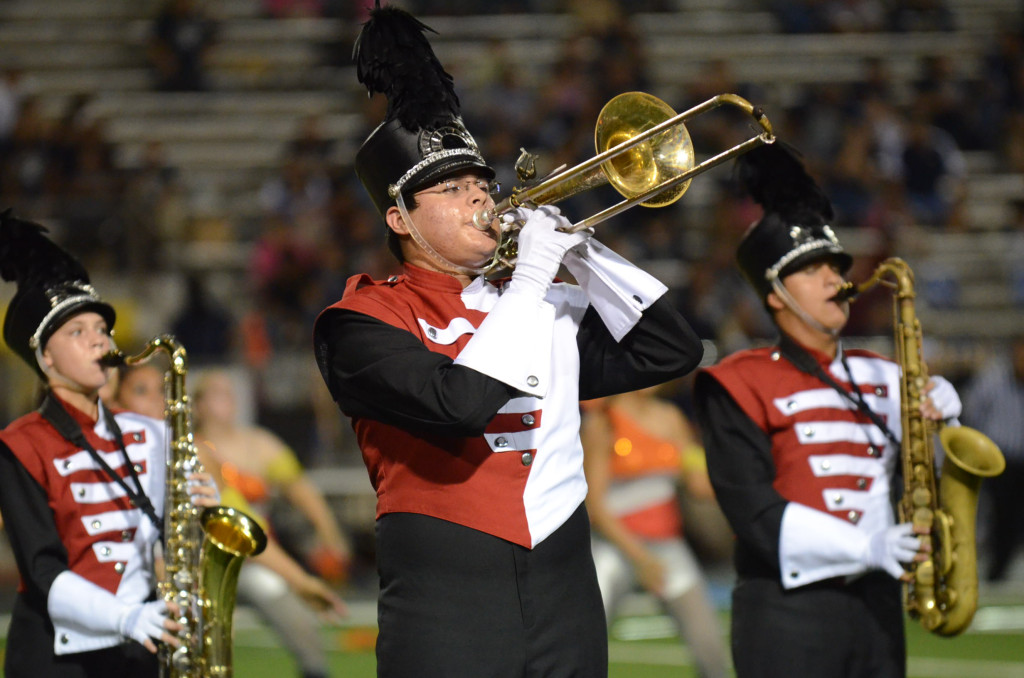 The sounds of the Harlingen High School Marching Band could be heard in the air as they achieved another outstanding performance on Sept. 28.

The HHS Marching Band competed against over 30 schools from across the Rio Grande Valley at two regional marching contests where they showed their skills and earned some of the competitions’ most prestigious awards.

The HHS Band placed first at the 5A at the Golden Tiger Marching Festival hosted by Valley High School in Hidalgo, TX. Dominating the competition, they were awarded both caption awards, Best Percussion and Best Color Guard and overall “Grand Champion” for the second year in a row.

Victory for HHS didn’t end there. After presenting a stunning performance at the PSJA Bear Band Classic “Preview of Champions”, the band was awarded first Place in the 5A division. Earning all caption awards including, Best Percussion, Best Color Guard, Best Brass, and Best Woodwinds. The band swept two championships in one day. For the second year in a row, the HHS band was also awarded the PSJA “Superintendent’s Award”, naming them overall “Grand Champion.”