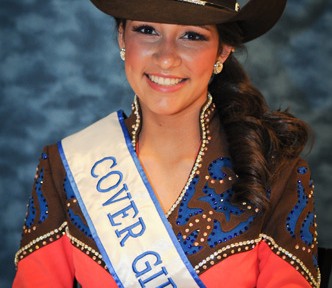 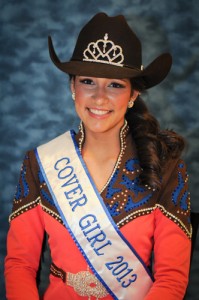 Savannah Callier likes to get her hands dirty down on the farm, raising and showing animals for livestock shows. But when opportunity knocks, the Harlingen High School South student proved that she can be just as successful classy and country.
Callier, a junior at HHSS, was recently awarded 2013 Cover Girl for the Rio Grande Valley Livestock Show.
“I could not believe I had gotten cover girl,” she said. “I was in complete shock and disbelief.”
Callier was nominated by her Future Farms of America chapter at her school to participate in the pageant. She competed against twenty-eight other girls from across the RGV, placing first.
As part of the competition, she competed in several different categories that showcased her knowledge of agriculture, leadership and service, as well as the beauty components, she said.
“My mom and I designed my outfit together and spent three days working on it and taking back and forth to the seamstress,” she said. “It was a lot of work but well worth it. I had spent a countless amount of time preparing myself for the interview.”
One of her favorite organizations at HHSS is the FFA club where she upholds an officer position as reporter for the club, she said. In FFA, she has participated in many leadership development and career development events. She also shows and raises hogs to compete with the club.

Callier carries many duties as this year’s cover girl, she said. She will have to participate in this year’s annual parade for the Rio Grande Valley Livestock show and pass out ribbons to exhibitors during events. She will also promote and educate tourists attending the live stock show this year on such things as agriculture, horticulture and scholarships offered by the RGV Livestock Show