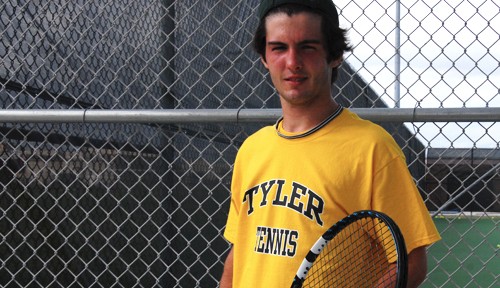 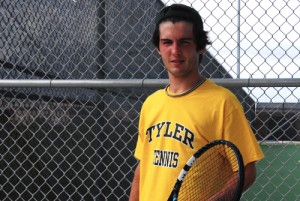 Dillon Eizember dreamed of playing college athletics, but he didn’t know what sport would get him there, he said.

So, when he was a student in the Rio Hondo Independent School District, he played everything, he said. Because of smaller schools, he was able to get a taste of a variety of sports, including the sport that would get him a college scholarship, tennis.

“I started playing tennis in junior high school when I met coach Kelly Holder,” said Eizember, a senior at Harlingen High School South who recently signed a letter of intent to play collegian tennis at Tyler Junior College. “But I stopped playing until my sophomore year of high school after coach Holder left Rio Hondo to coach at South.”

Last year, Eizember and his mom moved to Harlingen, putting him back with Holder to build back his tennis game, he said.

“Here at South, there’s so many students it’s hard to play more than one sport,” Eizember said. “So I chose tennis because it was something I had success playing before.”

When at Rio Hondo High School, Eizember reached the state quarterfinal round for boys single tennis in division 3-A, he said. But when he got to HHSS, a 5-A school, he started to play against tougher competition, a task that he was more than willing to take on.

“I like tennis because it’s a physical and mental game,” he said. “If you have the physical ability to succeed, it won’t mean anything unless you can handle the mental aspect of it.”

An outdoor enthusiast, Eizember wants to study law enforcement or environmental studies in college to become a game warden for the Texas Department of Parks & Wildlife, he said.

Athletically, Eizember expects to continue to move up the Texas regional rankings in the United States Tennis Association, where he currently ranks no. 60, he said. He hopes to take that experience to Tyler Junior College next year, a program with a history of success winning national championships.

“I have only been playing tennis about four or five years when a lot of the other players have been playing their entire lives,” Eizember said. “It’s just been great being able to compete at a high level, and being able to watch myself climb the rankings. It’s hard work, but it’s definitely worth it.”