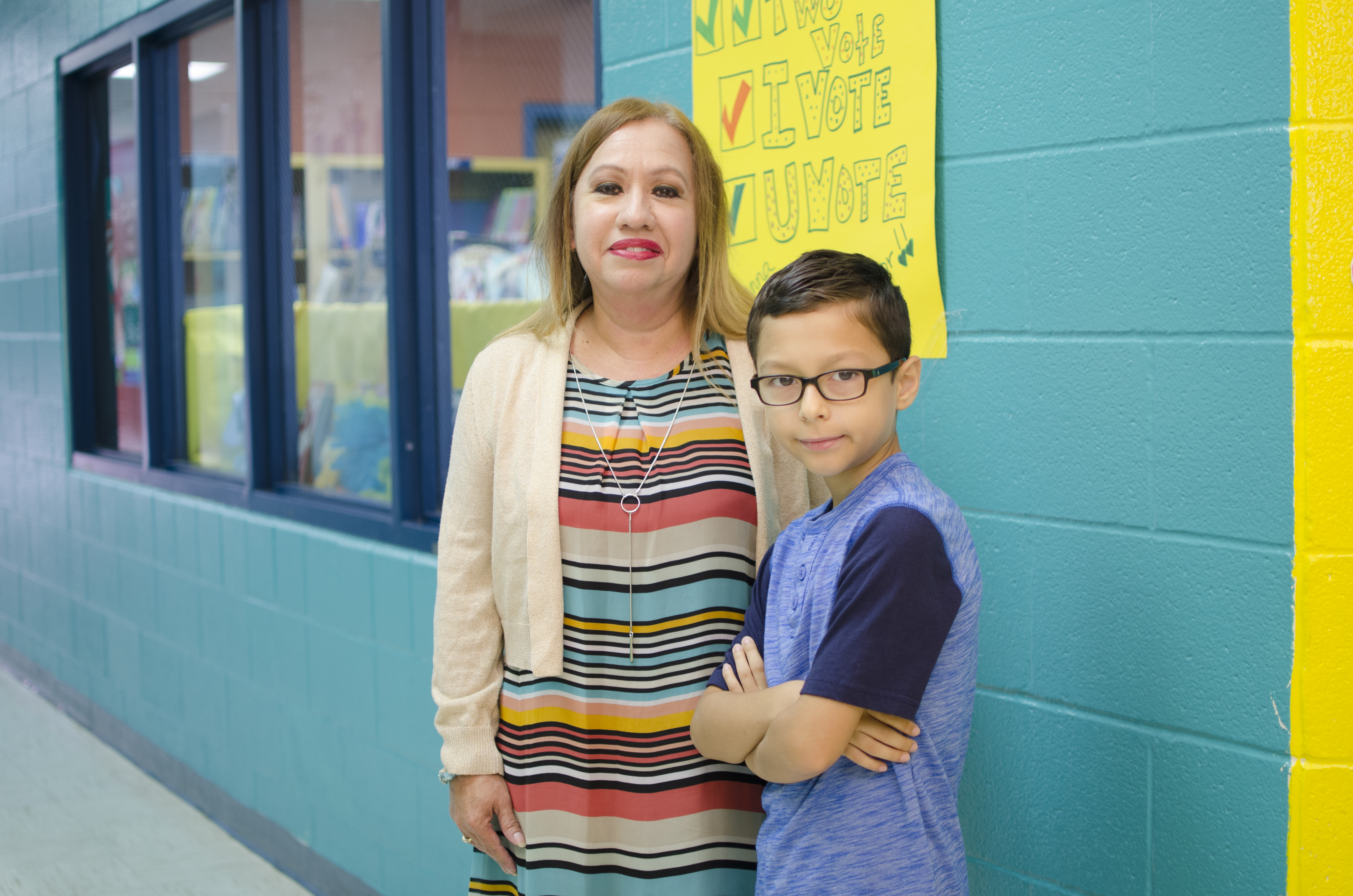 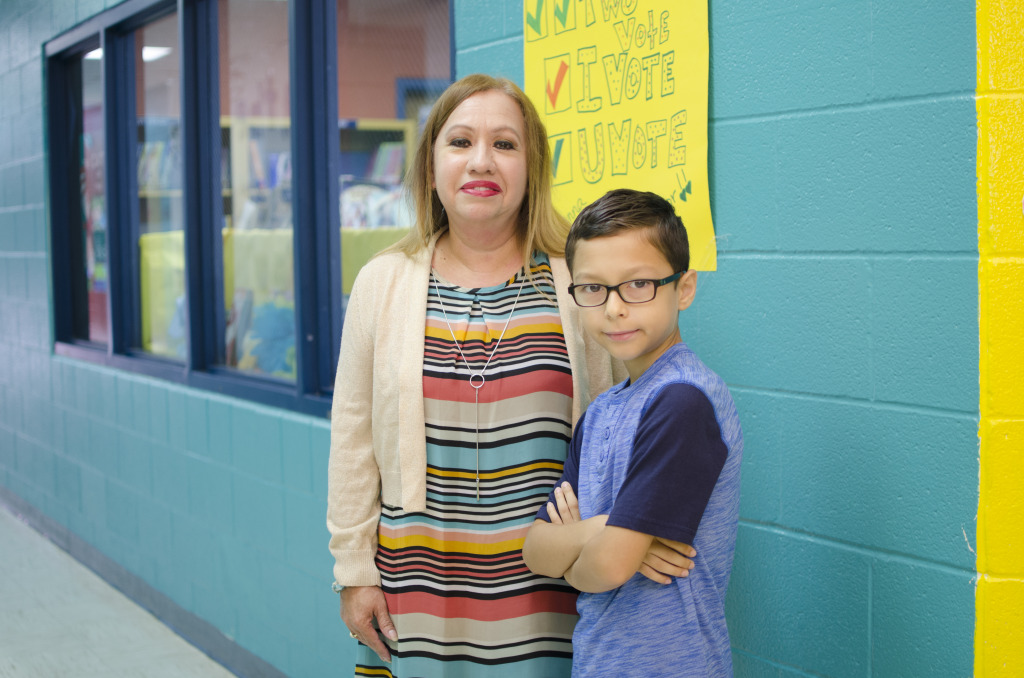 When Irma Figueroa’s grandson took Safely Educating Aquatic Learners (SEAL) swimming lessons in second grade, she never imagined he would be using the skills he learned through the program to save her life.

Over the summer break, Figueroa had been left to watch her grandson for a few minutes while she rested on a pool float. All of a sudden she lost her balance and fell back into the water, head first.

“I was waving my arms everywhere and my feet were all over the place,” Bonham Elementary Paraprofessional, Irma Figueroa said. “If I had been able to stand up, I would have been okay, but I panicked because I don’t know how to swim. I remember thinking nobody is out here to help me. My son and daughter-in-law had gone inside. You would never think your 8-year-old grandson could do it.”

Fortunately, for Figueroa, her grandson Gabriel Figueroa went through a 2-week SEAL program the previous year where he learned how to float, proper breathing techniques, and how to jump safely into the water. Skills he used to save her in the nick of time.

“I was panicking, and my grandma was drowning. I knew it was up to me to do something, so I picked her up from the straps,” Bonham Elementary third-grader Gabriel Figueroa said. “I didn’t think about it; it just came to me.”

Gabriel went around behind his grandmother and after two attempts managed to pull her out of the water and help her stand up. He then led her to safety at the edge of the pool where they hugged each other in silence thinking of what had just happened.

“If it weren’t for that SEAL program that taught him how to swim, Gabriel would not have been able to get me out,” Figueroa said. “It saved my life. I am so grateful, and I hope these swimming lessons continue.”

“Stories like this are so validating to the mission of our SEAL program,” said Sandra Flinn. “The HCISD Aquatic Center staff was deeply moved to hear about this life changing moment. We are thankful for the support of our community, school district and families that entrust us with educating the youth of HCISD in water safety and swimming skills. We are so proud of Gabriel and his heroic actions that saved his grandmother’s life. We truly believe we are making an impact daily through the lessons learned in the SEAL program.”

Flinn said statistics show that participation in organized swim lessons like SEAL reduces the likelihood of childhood drowning by 88 percent.

The SEAL Program was launched in March 2015 with the purpose of teaching all second-graders swimming fundamentals and water safety. HCISD’s Aquatic Center, a cutting-edge athletic and wellness facility, hosts the program for all 17 of the district’s elementary campuses.

Classes are taught by one certified aquatic professional for every eight students and are closely monitored by American Red Cross First Aid Certified Lifeguards at all times to ensure the highest level of safety.