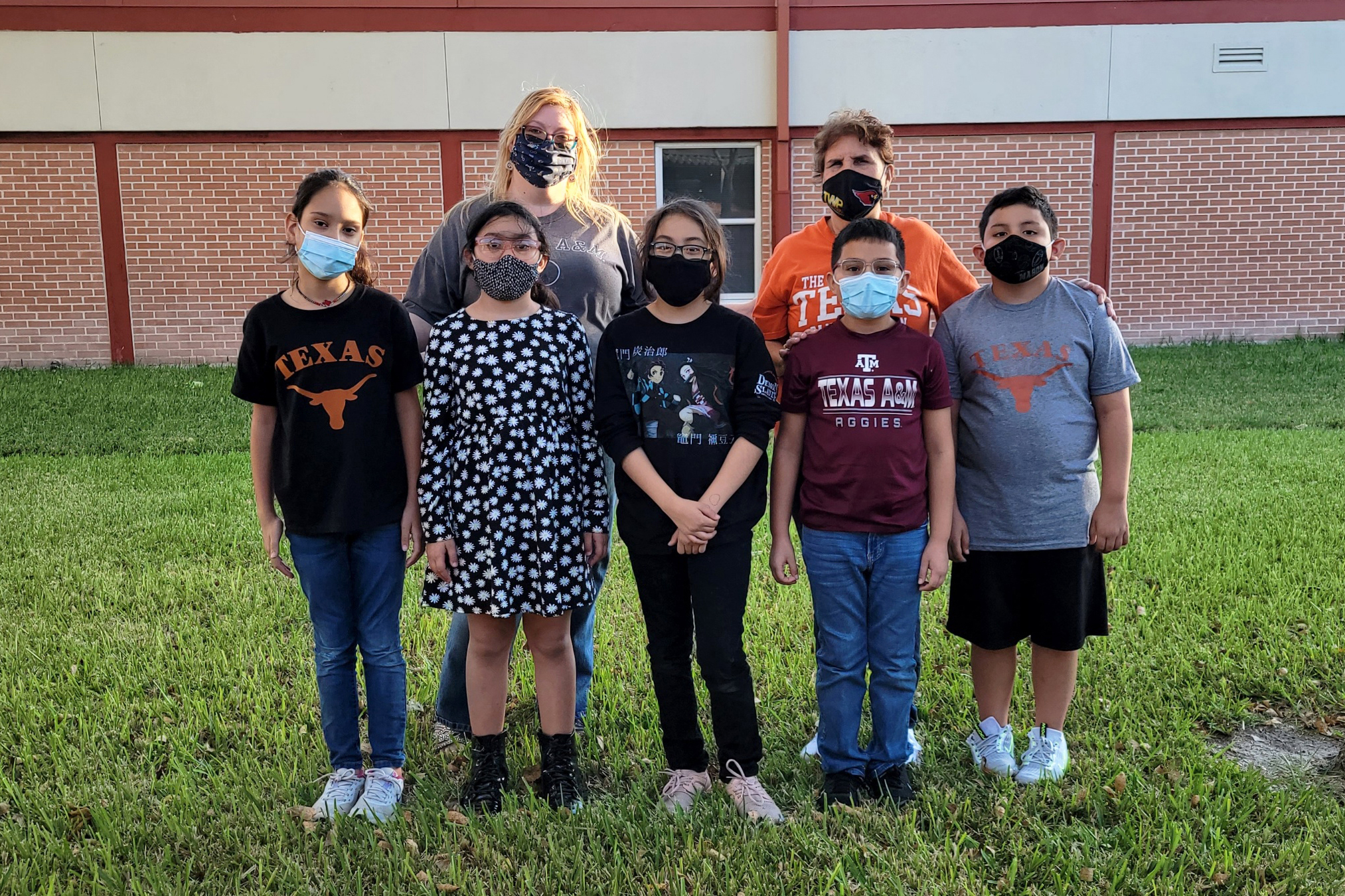 The First Lego League Robotics Explore team at Bonham Elementary is learning about teamwork and problem-solving skills while building and coding robots.

“We build projects and then we code them to make them do certain things,” third-grader Grace Yanez said.

The Cargo Creators is a team of five third-grade and fourth-grade students coached by Sylvia Cruz and Bethany Prechel.

“We have a group of very good students, and they have built themselves up to be a real good team together,” Bonham GT teacher and robotics coach Sylvia Cruz said.

At one of their after-school practices, the team used Spike and We Do Lego kits to work on a helicopter and a train.

While the boys worked on building the helicopter, the girls worked on programming the train.

“We are learning how to transport stuff like cargo,” fourth-grader Sophia Rosas said. “My favorite part about robotics is working together to build something cool. I like it a lot because we get to play with Legos and learn stuff that I probably didn’t know about.”

Two years ago, the team earned a ticket to compete at a robotics world competition; however, the event was canceled due to the pandemic.

“We were given a ticket at Alton,” Cruz said. “We did a hand-on showcase with judges, and they were really, really impressed.”

At that competition, the team received an Innovative Award for having a two-motor, automatic ADA accessible door that opened and closed.

This year, the team remains motivated and continues to work on improving their skills.

“I have been in robotics for three years,” fourth-grader Darrion Mason Rodriguez said. “There’s no wrong answer in robotics. It’s all about having fun and it’s all about being excited.”

The Cargo Creators team plans to teach other students coding skills through the ACE program at Bonham Elementary.

“I like that we can put sound, or we can make a project go back and forth with coding,” third-grader Kyrie Ortega said. “It was kind of hard when I first started to learn, but I am getting better.”

The coaches have noticed that robotics has had a positive effect on the students’ academic and social skills.

“This whole team, every one of them has grown,” Cruz said. “I can see it academically and I can see it with the way they present themselves. They all have a part in it. When we showcase, they each have a speaking part, so it really has helped them with that. They are really coming out of their shell.”

In November, the Bonham Cargo Creators had the opportunity to visit the Fed Ex Express site in Harlingen.

“Our team experienced the process of the plane unloading its cargo,” RTI/504 Coordinator and robotics coach Bethany Prechel said. “Students were able to collaborate with the Fed Ex personnel to understand how packages are handled, processed, sorted, and placed in designated Fed Ex vehicles for proper delivery all throughout the Valley.

The field trip was planned to help students better understand how to work through their Lego League Robotics Challenge this year.

“We are learning to code and to solve problems that we might be able to use when we grow up,” third-grader Dominic Perez said.