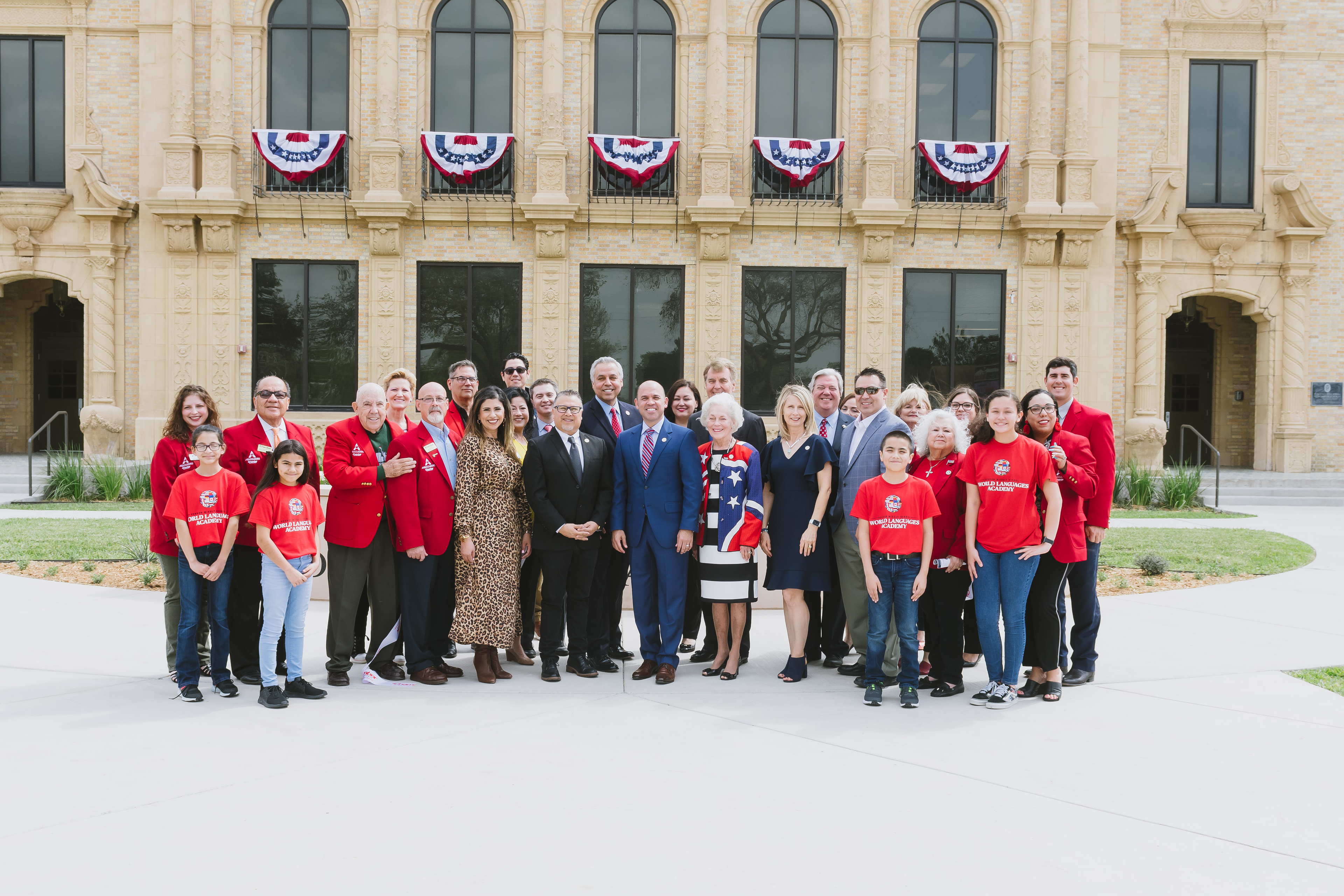 The sounds of the jazz band and mariachi group inside the World Languages Academy gym greeted community members, students, members of the Harlingen CISD Board of Trustees, the Harlingen mayor and commissioners, and others as they walked in for the grand celebration.

The Vernon Middle School World Languages Academy teaches students about multiple cultures by connecting them with students in other countries. Students’ literacy and writing skills are developed simultaneously.

At HCISD, those experiences include the ones happening inside the classrooms at the Vernon Middle School World Languages Academy. Students there have the opportunity to learn American Sign Language, Spanish, Mandarin Chinese, French and other languages.

The incorporation of multiple languages within Vernon began at the start of the 2019-20 school year. 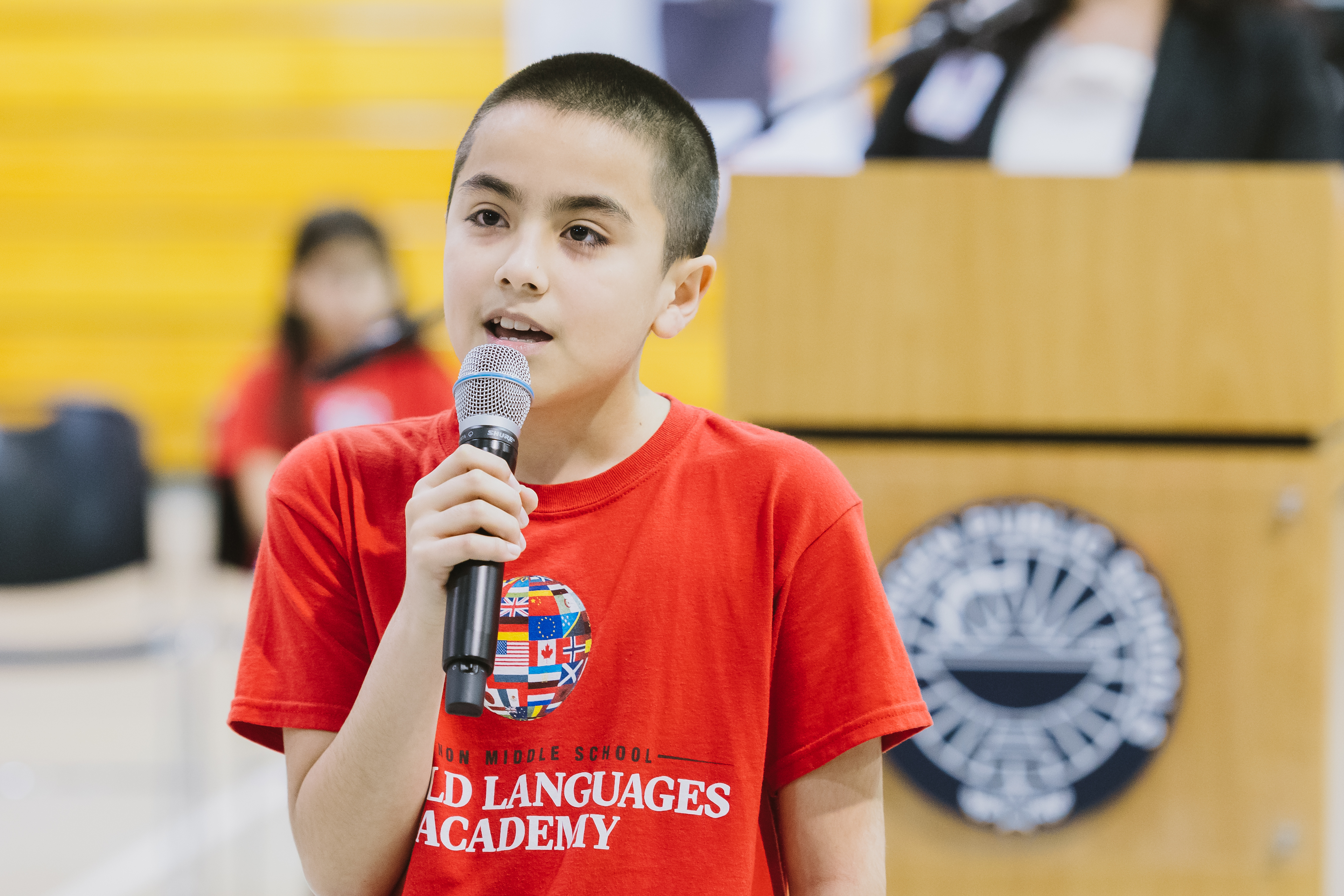 Already, students know how to speak multiple languages and are further developing their skills.

Three students spoke to the audience during the ceremony in French, Chinese, and Spanish. Additionally, a sixth-grade student welcomed everyone in American Sign Language.

Members of the Harlingen CISD Board of Trustees, the state board of the year, spoke at the event.

“We are strong advocates and advocates for our public schools,” said Dr. Nolan Perez, the board’s president and a graduate of public schools. “We take great pride in living in a beautiful, exceptional community like Harlingen that understands that strong communities support public schools.”

Dr. Perez thanked those in attendance, including the mayor and commissioners, for their support of Harlingen CISD schools.

The audience also heard from the talented musicians of Vernon Middle School World Languages Academy before listening to Trustee Gerry Fleuriet speak about the long history of Vernon, which once served as a high school in Harlingen.

Mrs. Fleuriet beamed with great pride when speaking about student success and memories of Vernon Middle School, which she called the “showcase of our Valley.”

“You (Vernon) are once again leading the way,” she said. “Thank you, dear Vernon, and we ask just that you always remain our sentinel for a dream that is coming true.”