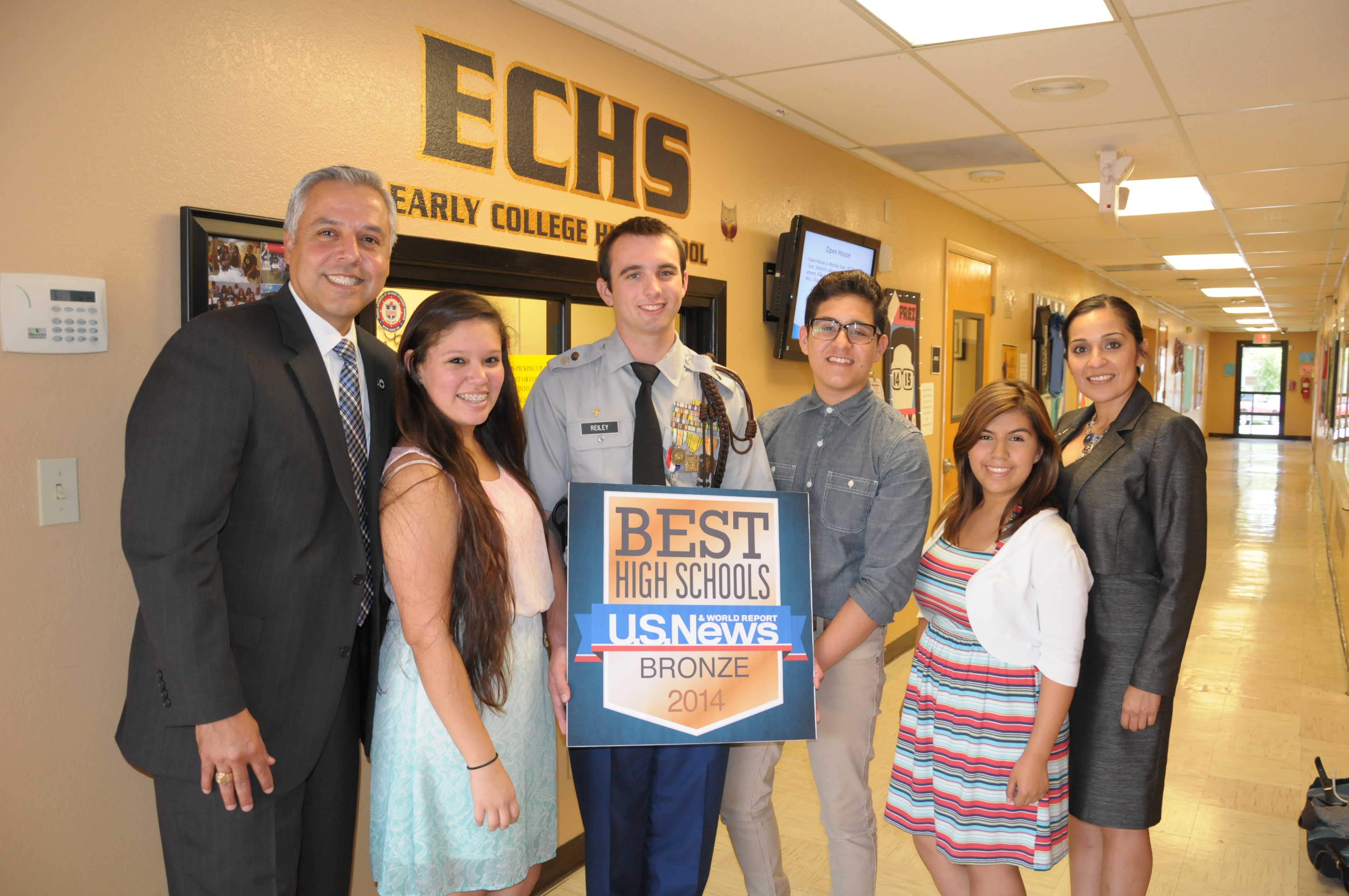 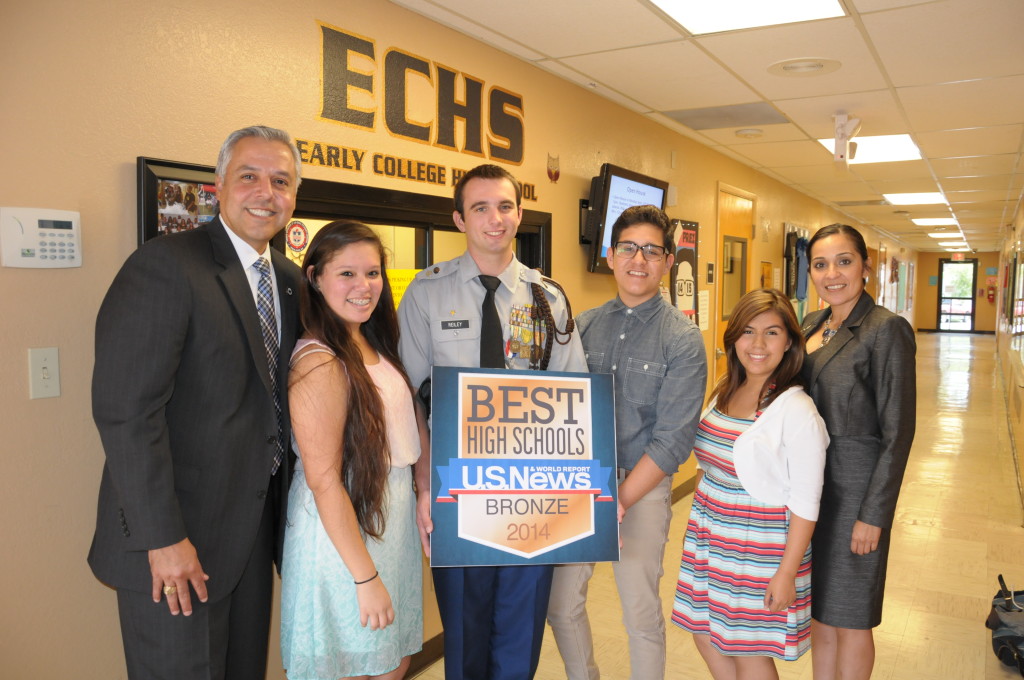 U.S. News & World Report published its 2014 Best High Schools Rankings on September 9, and for the second year in a row, Early College High School had the honor of being recognized as one of the nation’s best.

With a bronze classification, ECHS was named as one of the top 27 percent of high schools in the nation.

According to the U.S. News website, the rankings include data on more than 19,400 public high schools in 50 states and the District of Colombia. Schools were awarded gold, silver, or bronze medals based on state assessment performance and how prepared students are for college.

“It is a collaborative effort between ECHS and TSTC as well as our supportive community of students, staff and parents that has allowed our campus to improve each year and place us at the top of state and national rankings,” said ECHS Principal Angel Paxton. “I’m proud of the distinctions, accomplishments and success our students have earned. ECHS students are “Not just college ready but college experienced.”​

Opened in 2007, the campus kicked-off the district’s efforts to provide students and parents with options in education. It was designed to incorporate the college and high school experience for students, freshman through senior year. The dual-enrollment focus allows ECHS students to start taking college classes at Texas State Technical College their first year of high school at no cost. Traditionally, students would have waited until 11th grade to begin dual-enrollment.

“Our mission is to provide our students and parents with educational choices, and we saw that goal begin with Early College High School,” said Superintendent Dr. Art Cavazos. “Seeing ECHS flourish from its initial design to the great achievements they have come to earn is a testament to not only their staff, students and community but our great partnership with TSTC. I’m proud to have been a part of that as it has provided many of our students the opportunity to excel in both high school and college while preparing them for global achievement.” ​​ ​​​

This May, ECHS saw 31 graduates celebrate the completion of an associate’s degree or their collegiate academic core in the Texas State Technical College commencement ceremony. The campus even had two students graduate with the distinction of Board Regents Scholars, which is an honor reserved for students graduating with a 4.0 Grade Point Average (GPA).

The campus has also excelled in extracurricular activities, on April 4, the ECHS team placed 19th in the nation in the High School JV Division at the National High School Chess Championship in San Diego. It’s a first-time achievement for many of the students as the club was just started two years ago.

In addition to the highly coveted BEST Award, ECHS added the most spirit and sportsmanship award, first place in the Team Exhibit Category and third place in the Engineering Notebook Category to their accomplishment.

One thought on “U.S. News names ECHS as one of America’s Top High Schools for 2014”