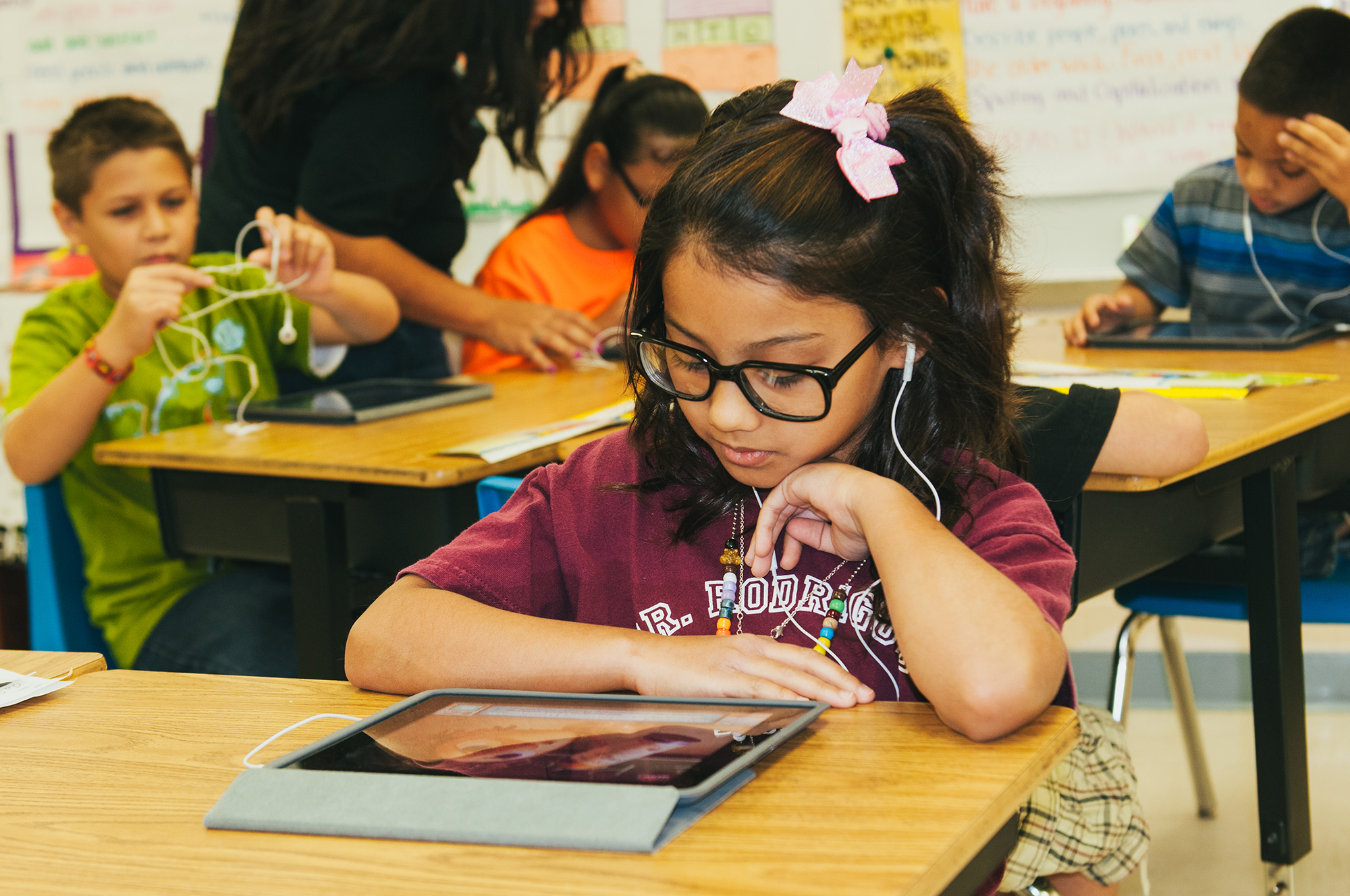 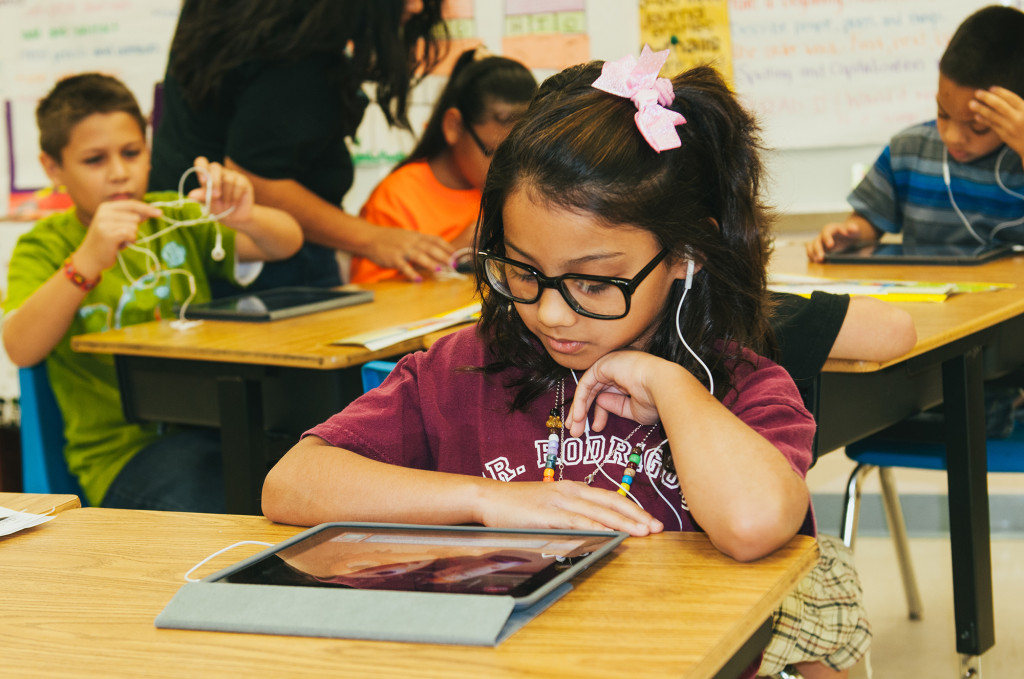 On an average day, you can find Seven Gonzalez sitting at her desk with an iPad researching tutorials on the latest mathematics lesson, taking verbal notes on a scientific theory, recording a performance of an original poem for an upcoming project or looking up synonyms for an essay.

From the description, Gonzalez sounds like any other student at one of the top universities in the nation, but in reality she is a fourth grade student at Dr. Rodriguez Elementary School. Like students in 89 classrooms across the Harlingen Consolidated Independent School District, she is in a digital classroom, which incorporates technology into daily curriculum to give them an idea of what it’s like to study at an actual high school or college class. Her classwork takes a 21st century approach as she uses applications and features on her assigned iPad to help her progress her mathematical, writing and reading skills, but for her, she sometimes forgets she is learning with the fun that her technology enhanced lessons can bring.

“I’ve always enjoyed learning new things, but now we learn in new ways,” said Gonzalez. “When we use the apps, sometimes it’s games and sometimes it’s to look up stuff. What you don’t know though, is that you’re actually learning instead of playing.”

Although technology is frequently utilized in the classroom, it’s not intended to be the focus of the classroom. The technology is set in place to help the teacher facilitate meaningful lessons, while students learn the technological skills they’ll need for the future, said Kasey Boykin, HCISD instructional technologist. To help ensure that students use the technology responsibly and the teacher’s directions remain a classroom focal point, systems have been put in place. For times where the focus needs to be on the instructor, a sign will be placed in front of the class to Device Down. When the time comes for the technology to be utilized again, the sign will be switched to say Power Up.

It’s a move that Gonzalez and her classmates have come to know well, she said.

To give all students the opportunity to learn and study in a technology-rich environment, they also have access to digital resources at their campus Information Literacy Center (ILC), which is considered to be a school’s largest digital classroom, said Boykin.

Digital Classrooms and ILCs are only two components that make up the district’s digital initiatives, which also includes the Bring Your Own Device (BYOD) program. With BYOD implemented, students have the opportunity to bring their personal devices to school and use them in class, just like a Digital Classroom. Instructors have the opportunity to choose if they would like to practice BYOD in their classroom, and currently, the program is being practiced throughout all classrooms at the Dr. Abraham P. Cano Freshman Academy.

With the technological transformation in full gear, the district’s digital initiatives are expected to further expand in the next few years until all classrooms are either digital classrooms or practice BYOD. The goal is to have all students learning in a classroom that reflects a college or university, while responsibly rolling out the technology, said Boykin.

Anxious for the future, Gonzalez is  excited for the day that all of her  classrooms will incorporate technology into lessons. She knows that with 21st century lessons, she will receive the tools necessary to be an interactive learner as she progresses through her education and works to follow her dream of becoming a therapist, she said.