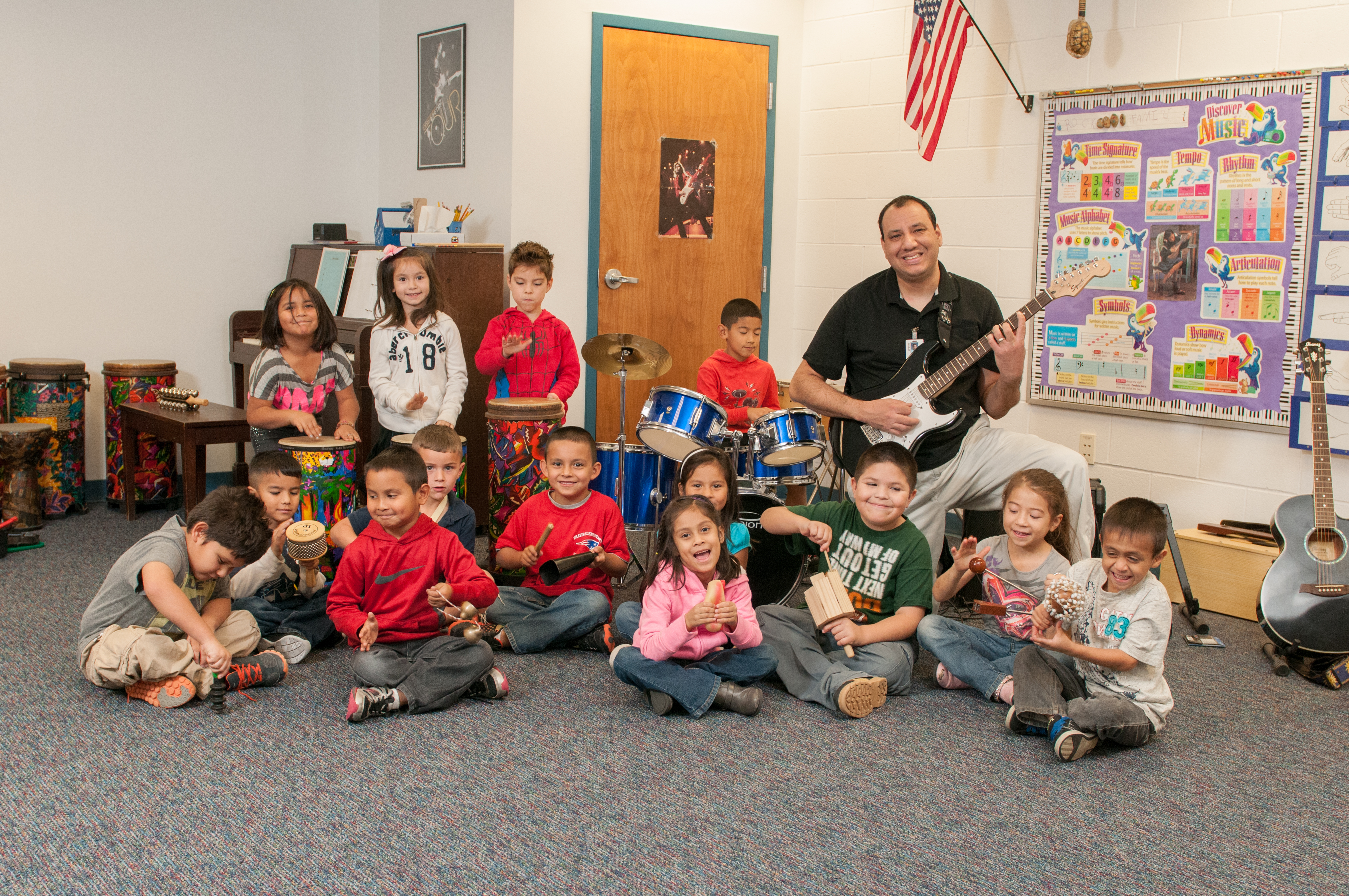 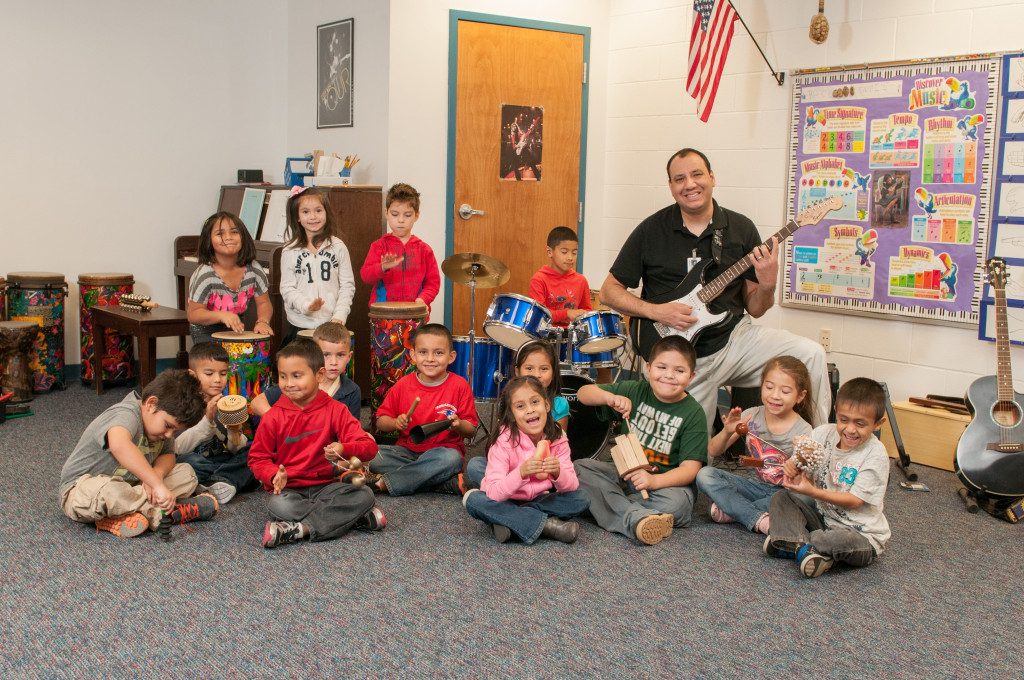 With his guitar in hand, David Garza comes into his classroom each day with the hope of sharing his love of music with his students.

Garza is the music education instructor at Travis Elementary School.  As a music teacher for 15 years, he has developed two goals that he hopes to meet with his students for as long as he is able to work with them.

“My ultimate goals for my students is to develop a love and appreciation for music,” said Garza. “Regardless if they continue to sing or play an instrument, I hope that they continue on to be life-long music lovers, have the ability to keep a beat and know who Joe Satriani, acclaimed guitarist and Grammy Award Nominee is.”

His goals have been met throughout the years as he has seen some of his former students go on to play in high school and beyond, he said.

The journey to a career in education is one that Garza never expected. While growing up, he was always passionate about music but had never considered teaching music until he reflected on some of his past teachers. While looking back, he realized that he would like to give back in the same way that his music teachers did for him when he was in school.

“I’ve had a lot of good music teachers,” said Garza. “James Keltner was one of them. I thought about what they gave me and what I got out of music education. It was a natural transition to teach and I love it. I love working with the kids, because I’m practically one myself.”

With his whimsical attitude, keeping his students engaged is never a problem. He aims to create lessons that get students singing or playing an instrument as much as possible, he said.

His passion for music continues at home as he practices on the guitar as much as possible and will occasionally play in a band with his wife, who plays the drums. Even his daughter and son have followed in the family footsteps by picking up an instrument and trying to keep the beat, he said.

3 thoughts on “Teacher of the Week: Garza keeps his class on the right note”