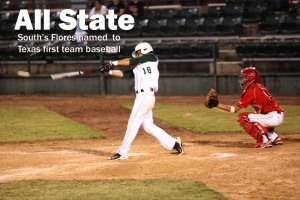 “It’s a huge honor for Zach to not only represent himself and his family, but also Harlingen South, Harlingen School district, and the entire Rio Grande Valley,” Coach Tony Leal said. “It is an honor that is very difficult to reach, but Zach has worked hard to receive this prestigious recognition.”

“Zach has really improved during his time here at Harlingen South,” Leal said.  “His improvement has come from his hard work both on and off the playing field.  Both his strength and speed have really improved because of his dedication.”