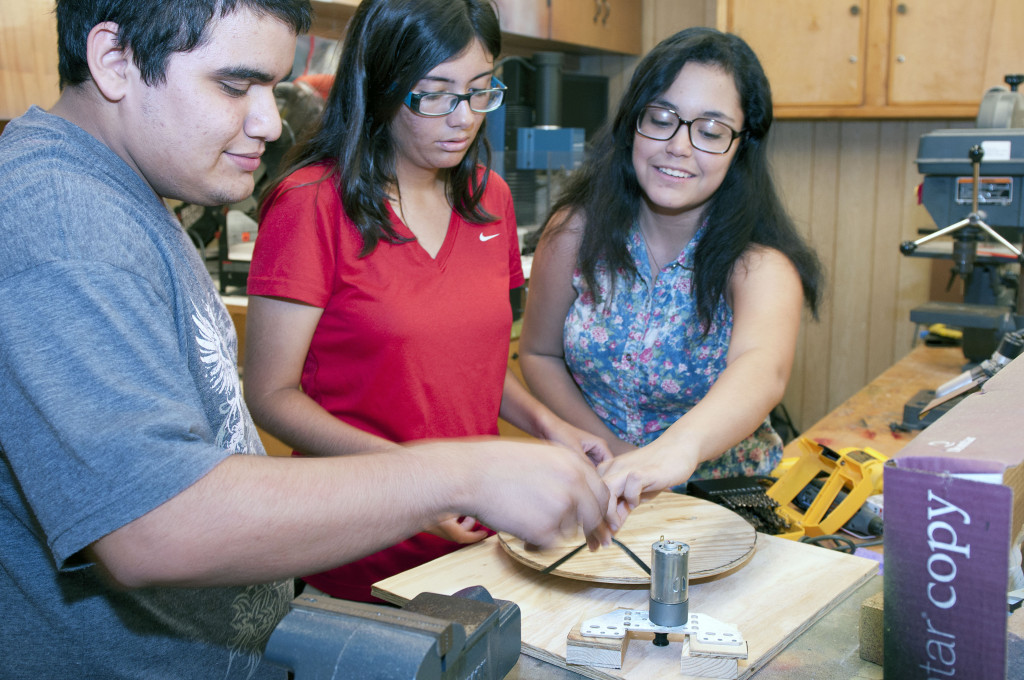 When the Harlingen High School robotics team introduces Rdric, they beam with pride as it represents their six weeks of hard work.

Rdic is the name of their robot that they will be submitting at the 2013 Boosting Engineering, Science, and Technology (BEST) Competition on Oct. 26. The competition gives students the task of building a robot prototype centered around a particular test, and in response, the team had to design and build a robot to accomplish the required tasks.

The inspiration for its design was based on the thought that it was going to be self propelled, said William Wright, senior at HHS and engineering club president. Its design is going to be a robotic arm, and the team has taken ideas from past projects they have worked on.

Rdic’s strengths include its gripper, which is pretty unique in its capabilities. They were able to see it in action during Demo Day on Oct. 12.

“We got to see all of the different grippers that day,” said Wright. “No one had one like ours. It was pretty exciting.”

With their confidence, the team is looking forward to competing with Rdic as they hope to do well during the annual contest.