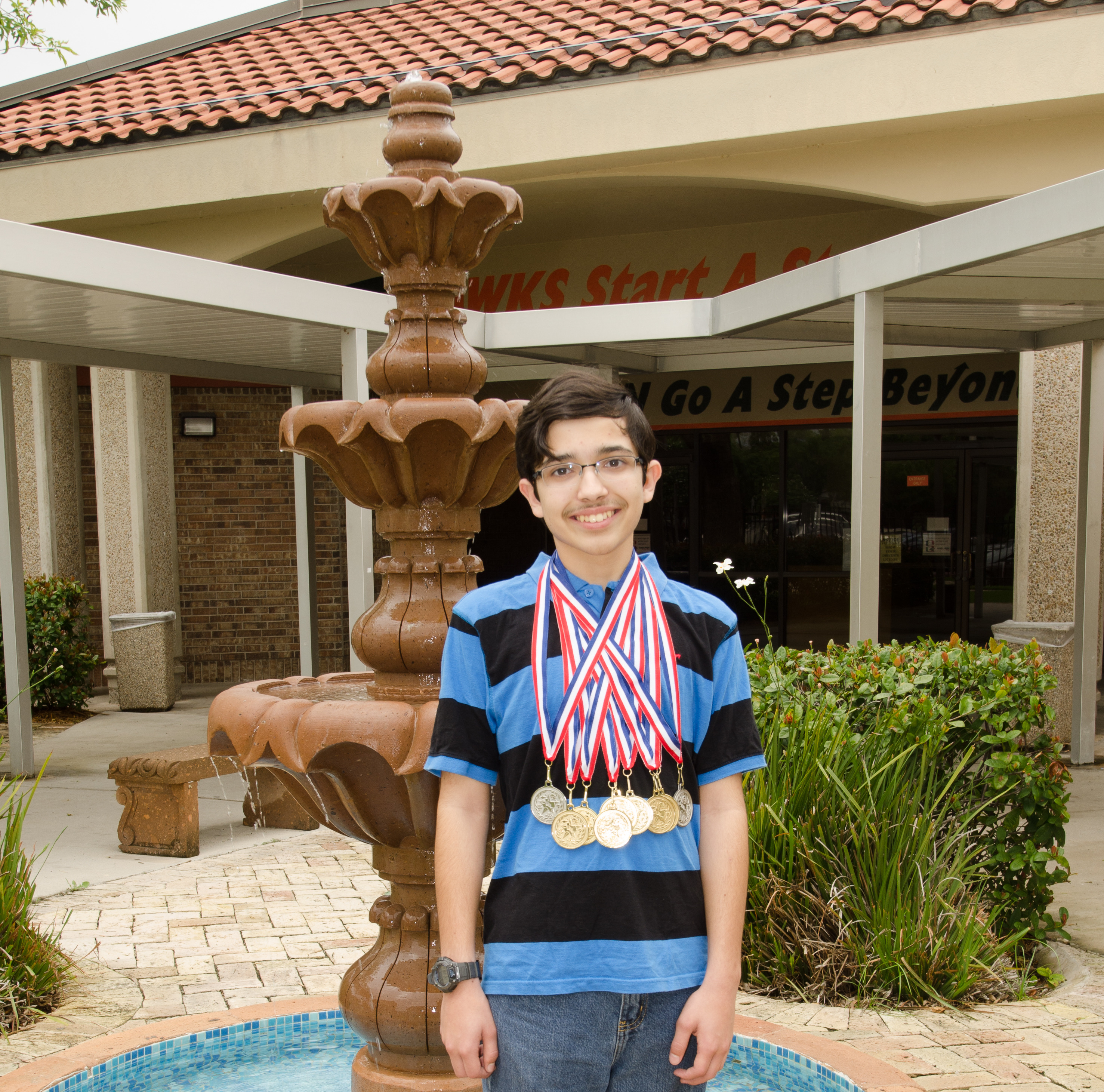 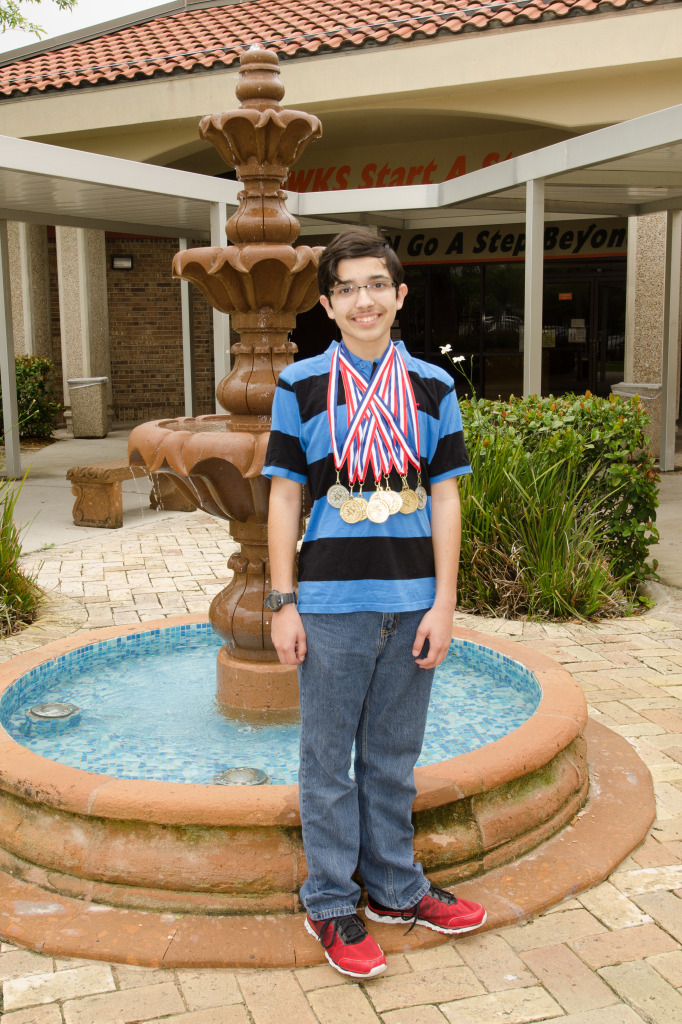 Ryan Mowers, junior at Harlingen High School South, was awarded the title of District Champion in four events at the District 32 6A UIL Academic competition on March 28, making him the only student in the competition to win four events.

His four-member HHSS team earned a first place victory in Number Sense, Mathematics and won second place in Calculator Applications and Science. He also received recognition as a top scorer on the Chemistry portion of the science exam.

Mowers states that while he feels has been blessed with proficiency in math, it was the support of his teachers that allowed him to develop that gift even further.

“My accomplishments would not have been possible without my elementary principal Linda Krabill and third grade teacher Mari Olmos who introduced me to the field of Number Sense,” said Mowers. I’d also like to thank my middle school coach Mark Oelerich for teaching me the skills I needed to be successful and his encouragement over the years.”

In late March, Mowers was named 11th Grade 6A State Number Sense Champion at the Texas Math and Science Coaches Association State Meet. The competition saw schools from across the state competing in Number Sense, Mathematics, Calculator Applications and Science. Earning the highest Number Sense score for all 6A competitors, this is the second year Ryan in a row has earned the State Championship for Number Sense.

In addition to his growing list of accolades, Mowers had the rare distinction of receiving a perfect score on the math portion of the PSAT exam administered last October.

He is appreciative of his experience in competition because it taught him that with commitment and willingness to work hard, anything is possible.

Mowers will be advancing to the next round of competition, the Regional UIL Academic Championship on April 25 in San Antonio, Texas. The top three students from that competition will move on to the State competition in May.

One thought on “Record year: Math whiz takes over the competition”