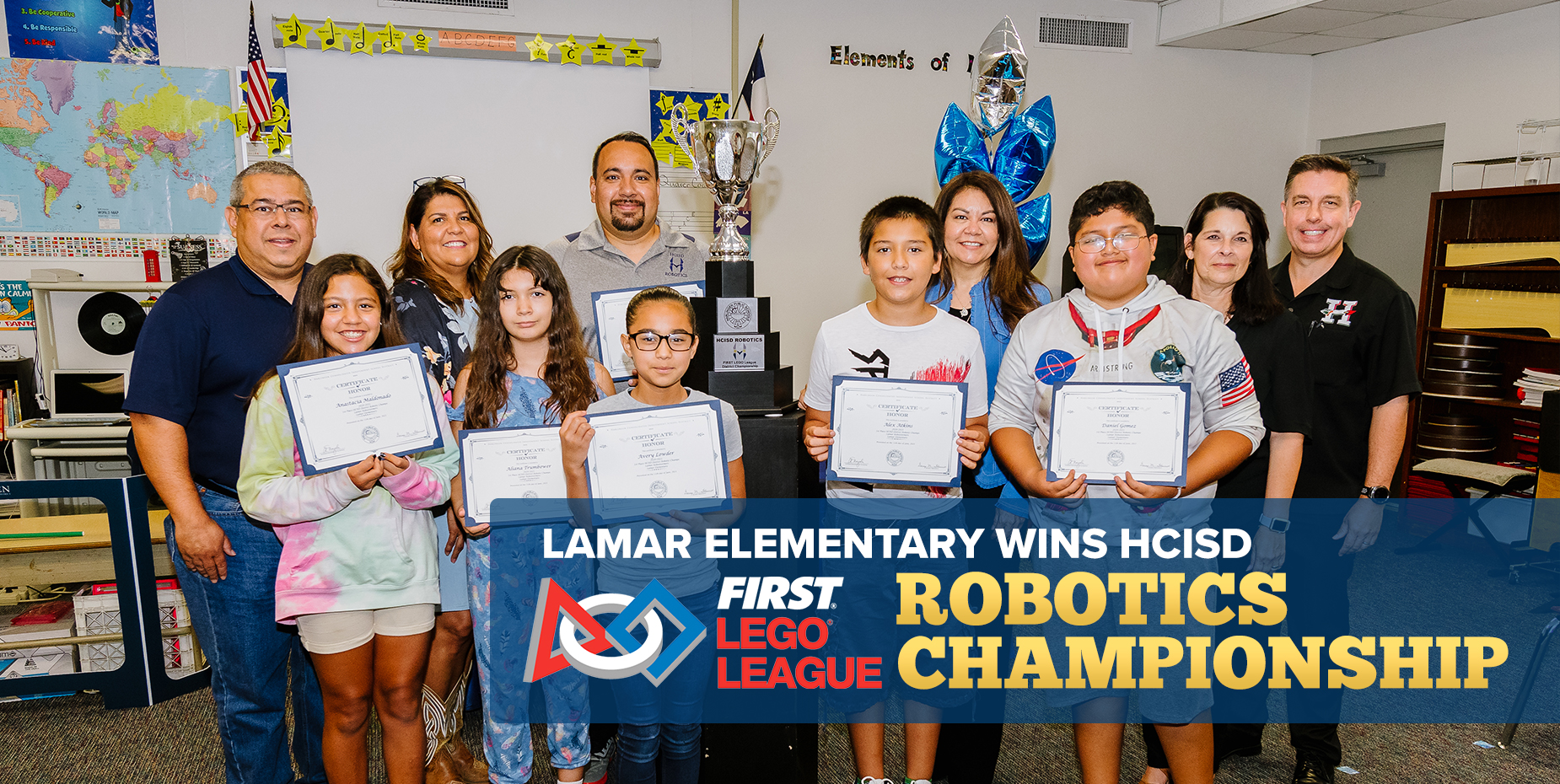 The team was presented with a traveling trophy on June 11.

“I want to congratulate you, but I am also going to challenge you,” Dr. Alicia Noyola said. “You were able to create this amazing robot that put you all in first place, so now I want to challenge you to think about how to make it even make it better. That is what you should always be doing because every single one of you, you all are the future. This country, this world, is going to be moving a lot more into technology, and you all are going to make our entire world even better.”

The Lamar robotics team was sponsored by Pre-K teacher Alejandro Vera, and consisted of the following fifth-grade students: