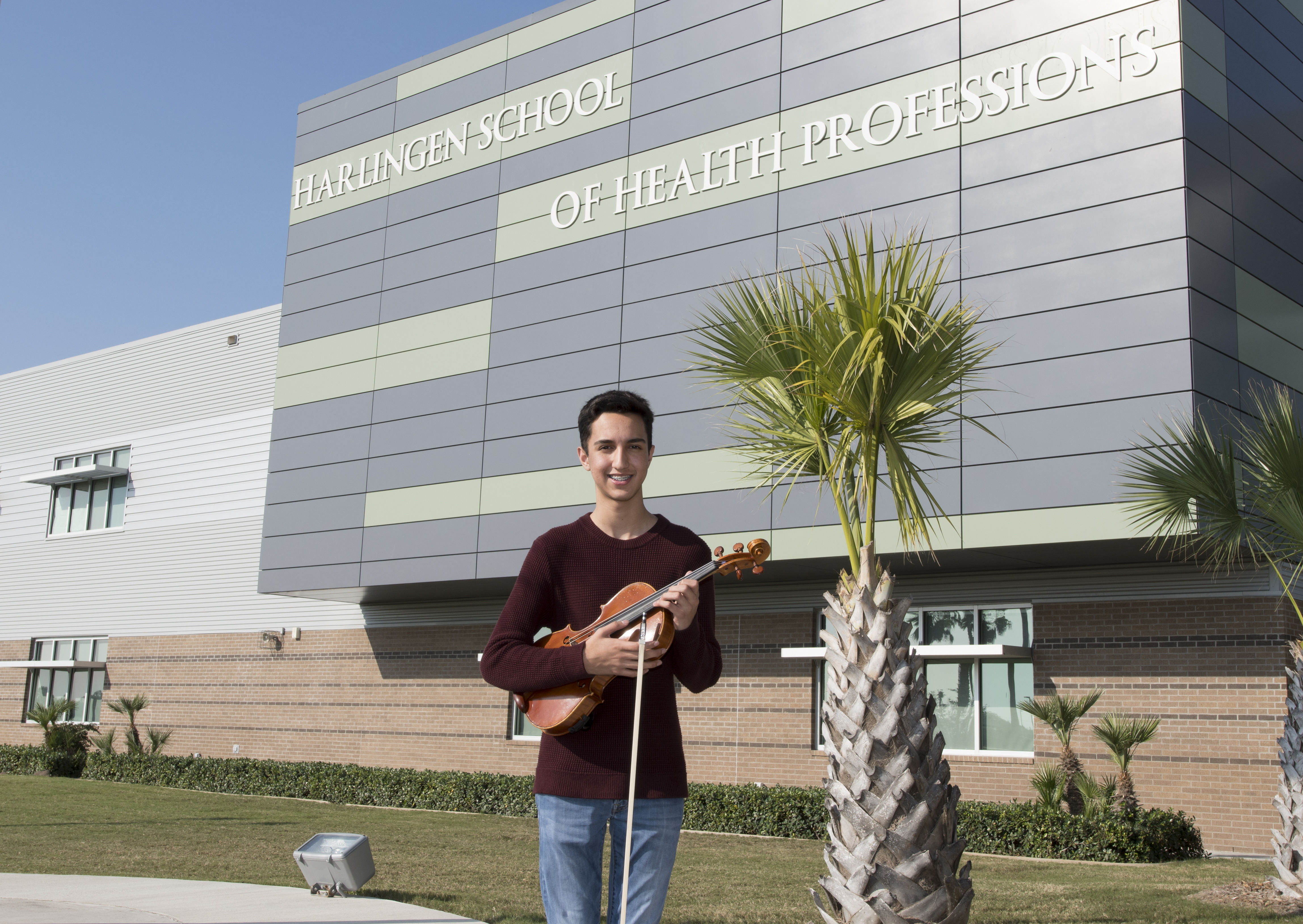 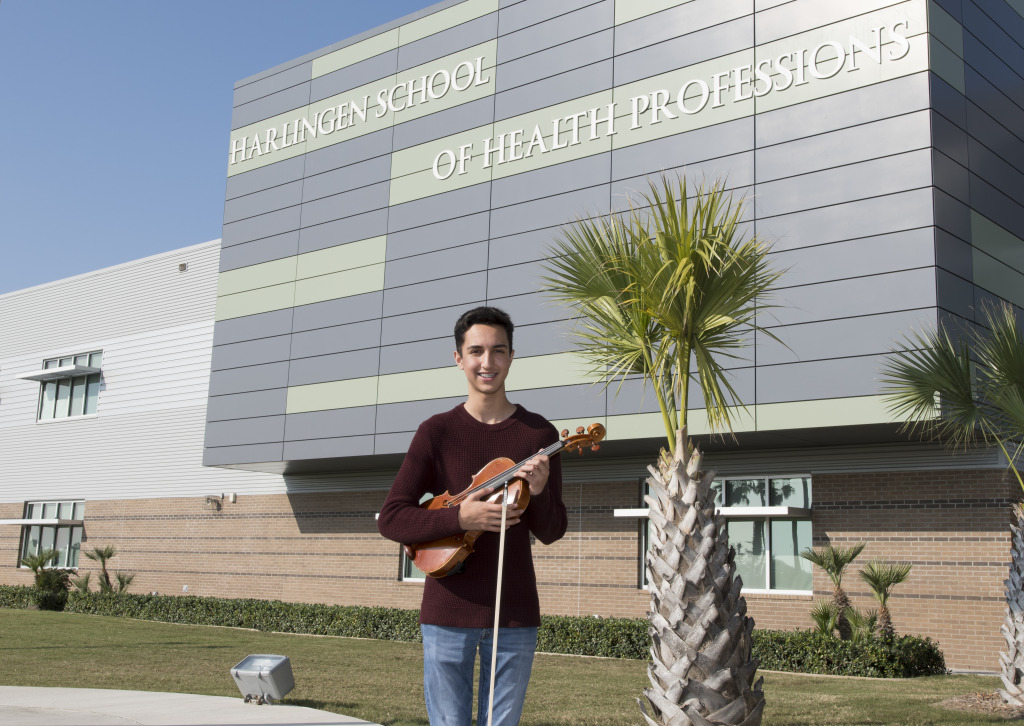 Matthew Garcia, a sophomore at Harlingen School of Health Professions and viola player for Harlingen High School Orchestra, recently earned a spot in the Texas Music Educator’s Association All-State Philharmonic Orchestra after a successful round of auditions.

“This recognition is a really big honor,” said Garcia. “It’s very satisfying because making it to All-State is the ultimate goal for anyone that comes into the music program. Now that I finally made it, it feels really nice.”

Making to All-State is considered the highest honor a Texas musician can achieve in high school. The All-State audition process for high school strings students leads ultimately to qualification in one of three All-State Orchestras that perform at the annual TMEA Clinic/Convention: String Orchestra, Philharmonic Orchestra, and Symphony Orchestra.

For auditions, Garcia was asked to prepare two etudes and excerpts from Bartok Concerto for Orchestra.

“The process can be very intimidating because the music selection can be the toughest repertoire of music to play for orchestra,” he said.

A high-achieving musician, he has on multiple occasions been invited to play on one of the world’s most famous stages – Carnegie Hall – as a member of the National Youth Orchestra. He feels that his experience on the national level has helped him grow as a performer and in turn allowed him to help other’s improve their skills as well.

“When I played with NYO, people were shocked to hear that I don’t have a tutor. Most of the kids that I played with are students at Juilliard Pre-College or Curtis Institute of Music Pre-College,” Garcia said. “Being able to learn from their technique has made me focus on where I can improve. And turn, I want to share my experience with others to help build the music community here. I think we’re all working to make it so that one day the Rio Grande Valley is just as well known as any other place.”

Garcia will be performing at the TMEA Clinic/Convention, which will be held in San Antonio from February 8-11.