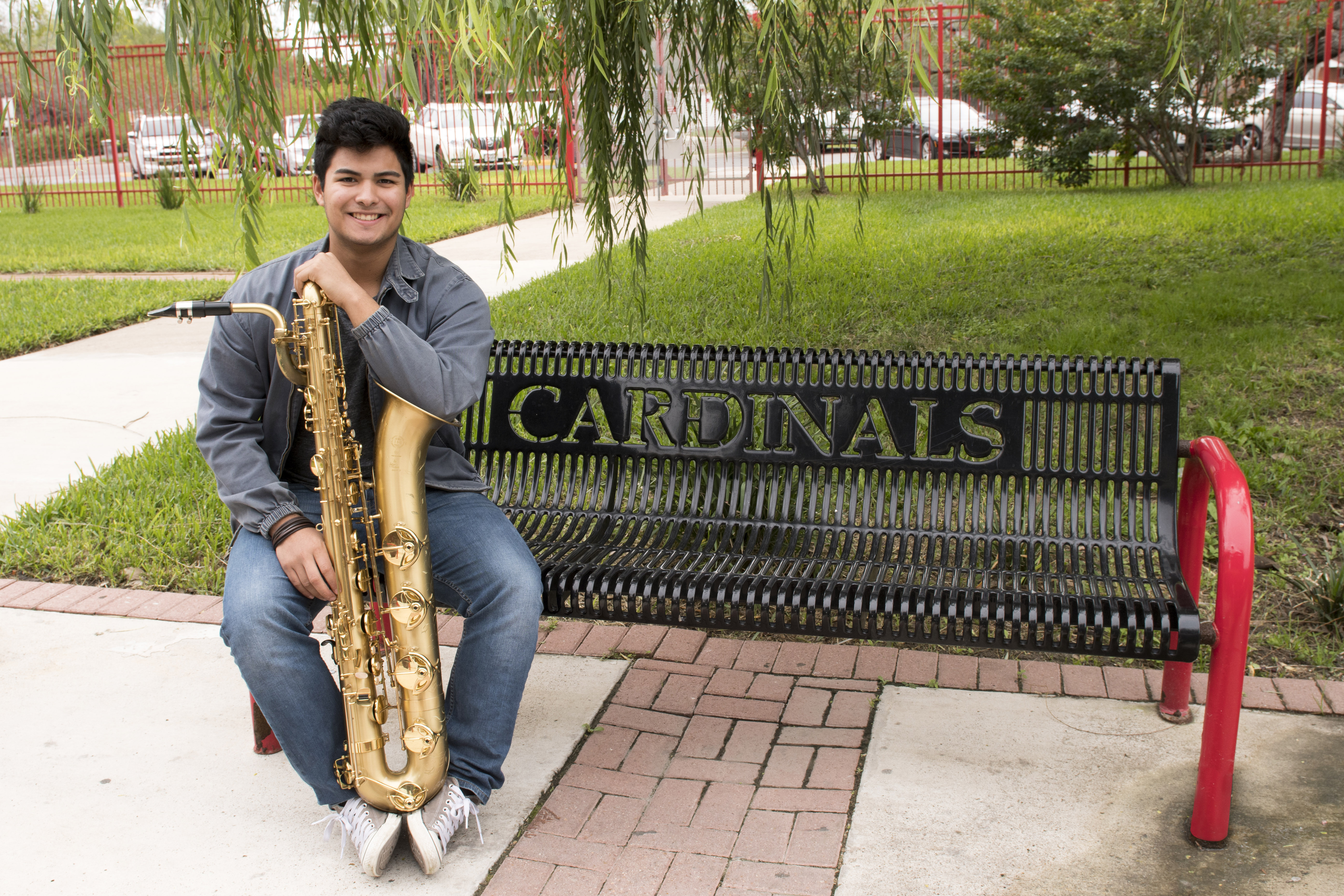 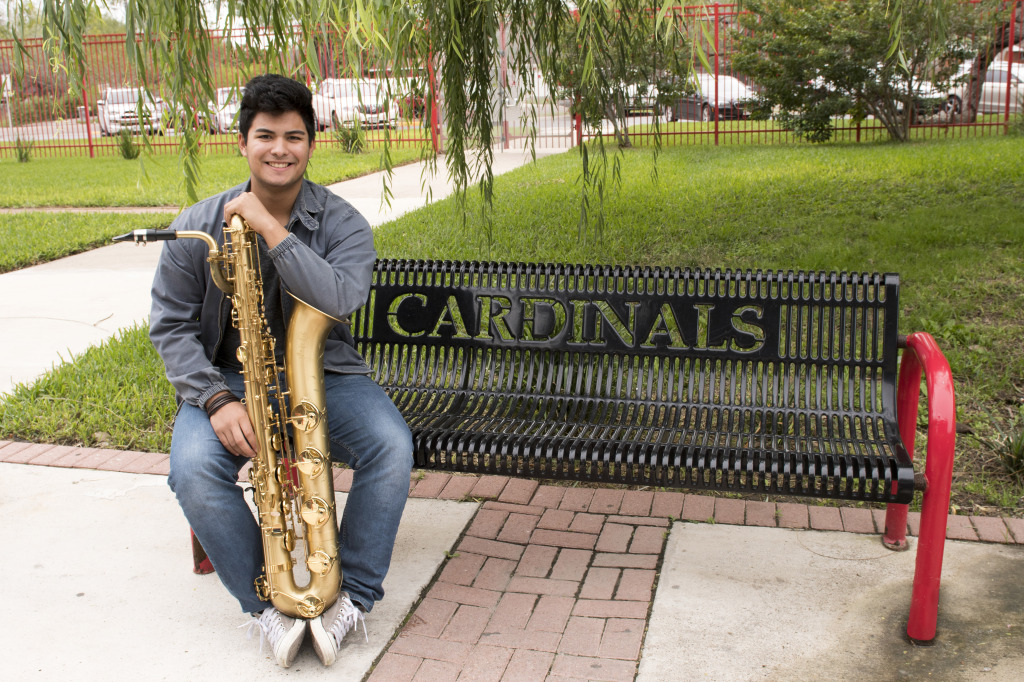 “Last year I placed second, and that got me a spot in Jazz Ensemble 2,” he said. “There is only one baritone sax spot available in each of the two Texas All-State Jazz bands, so the competition is tough. I told myself that I was going to practice as hard as I could to get that number one spot.”

To prepare for this competition, in addition to full ensemble rehearsals, he practiced for hours on end and even as much as 11 hours straight during the summer months.

For Ayala, this accomplishment is the pinnacle of what he had hoped to achieve as a high-school musician.

“If I had a checklist of goals that I wanted to accomplish in my four years of high school, this would be at the top,” said Ayala. “I’m euphoric.”

The HHS Jazz Ensemble allows Ayala to exercise his creativity, and with this recent statewide audition, he got do just that. For tryouts, he was asked to prepare three etudes in the styles of Swing, Ballad, and Latin as well as one improvisation piece.

Ayala spent time meticulously studying the music and sought inspiration from some of jazz’s greatest musicians.

“For my improvisation piece, I had to create my own solo. I studied the changes and listened to great musicians for inspiration,” he said.

As of a result of his All-State recognition, Ayala will travel to the annual TMEA Clinic/Convention to be held February 8-11 to perform with the TMEA All-State Jazz Ensemble 1.

All-State is the highest honor a Texas music student can receive. Over 1,700 students are selected through a process that begins with over 64,000 students from around the state vying for this honor to perform in one of 15 ensembles (bands, orchestras, and choirs).