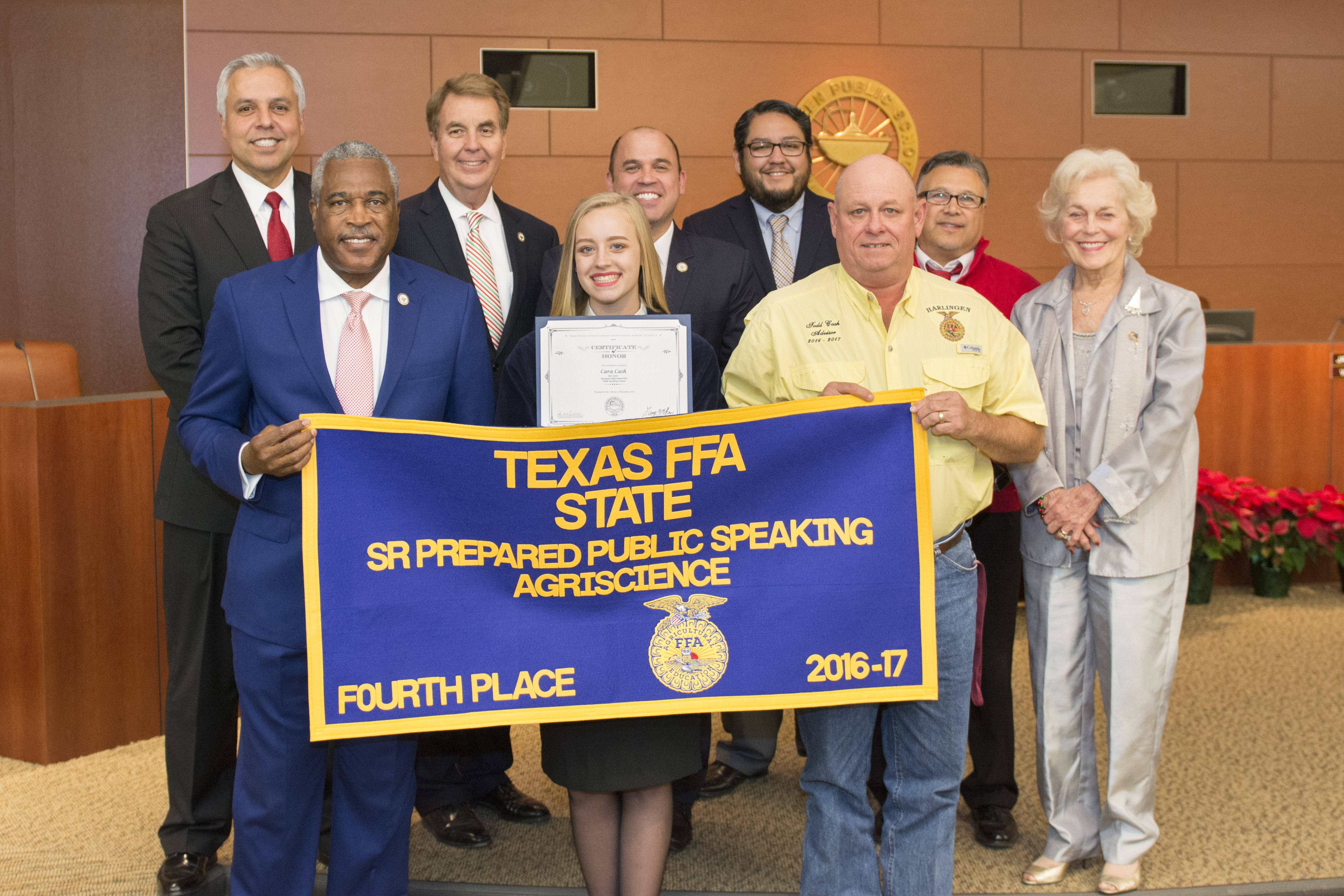 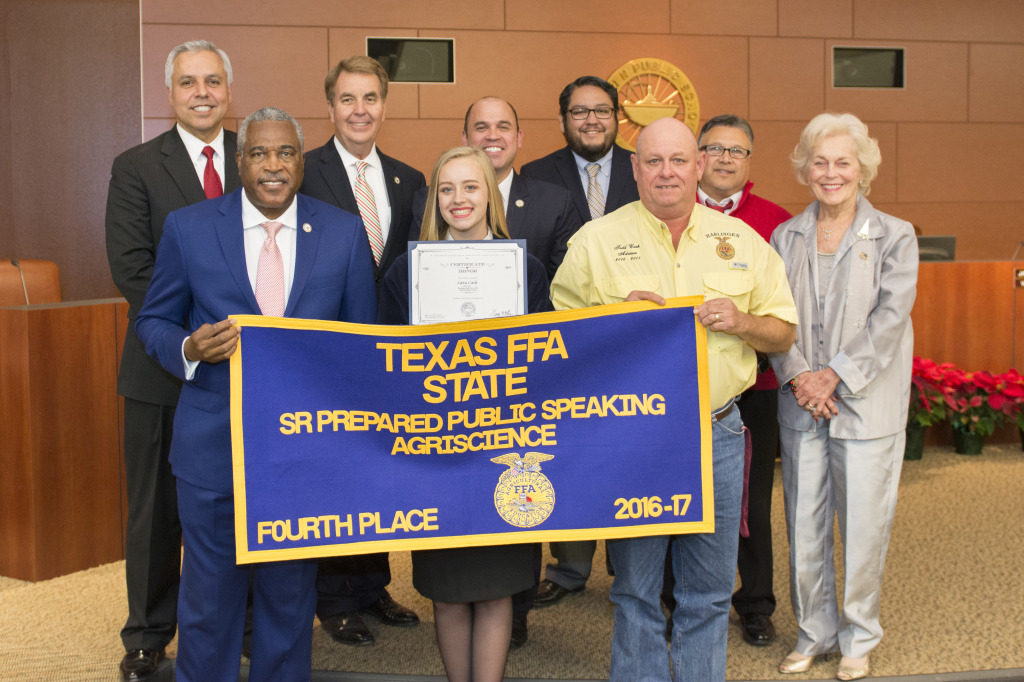 Harlingen High School’s Cara Cash was recognized by the HCISD Board of Trustees at the December regular meeting for her success at the FFA Public Speaking Contest at the State Fair of Texas in Dallas held in October.

She was in the Agriculture Technology Division, which had 31 contestants from all over the state of Texas. This division is comprised of two groups, and Cara was selected as one of the top two in her group to compete in the quarterfinals. In the quarterfinals, she placed 3rd, and was only 0.6 points from 2nd place and competing in the semifinals for the scholarships.