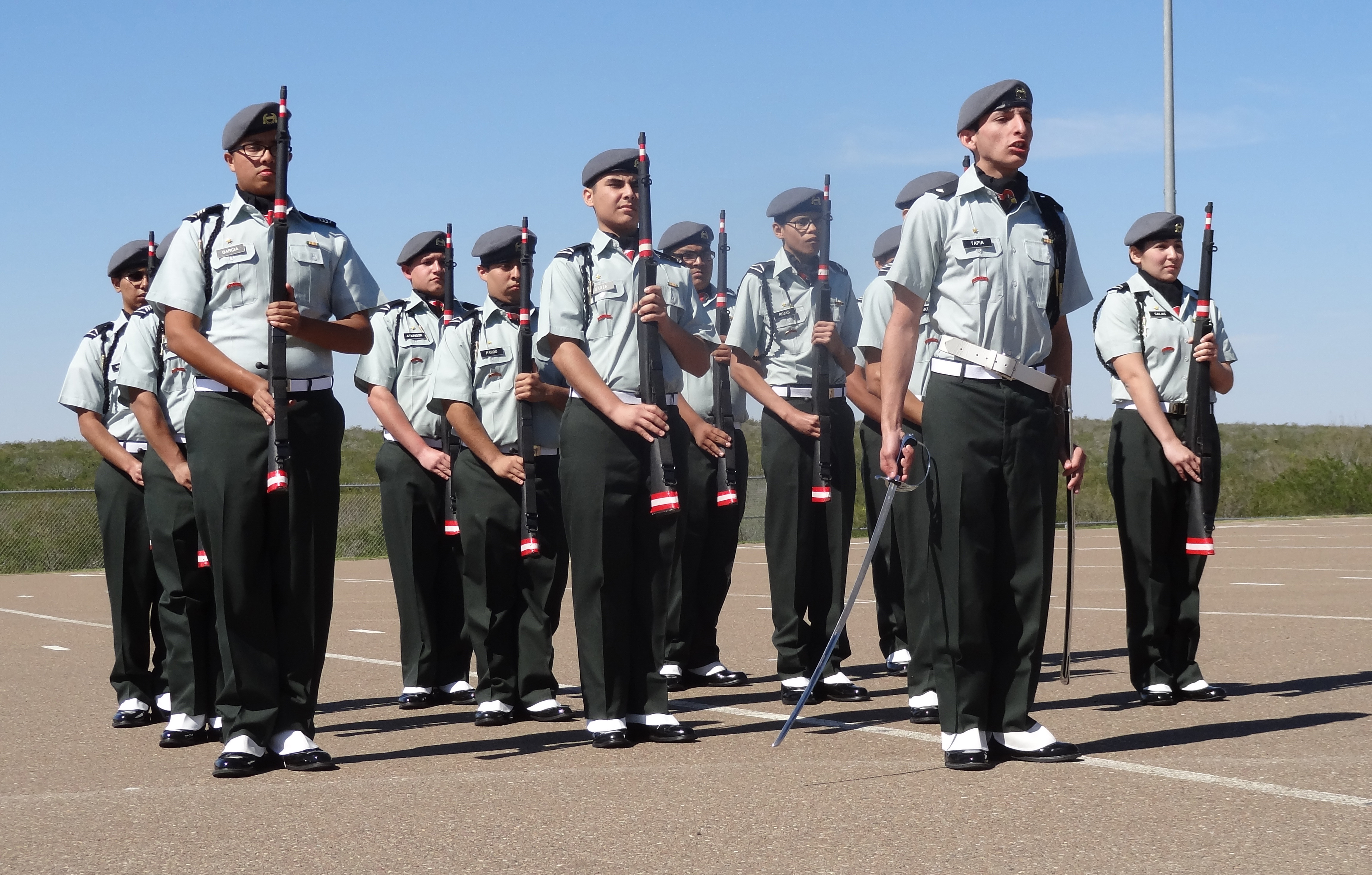 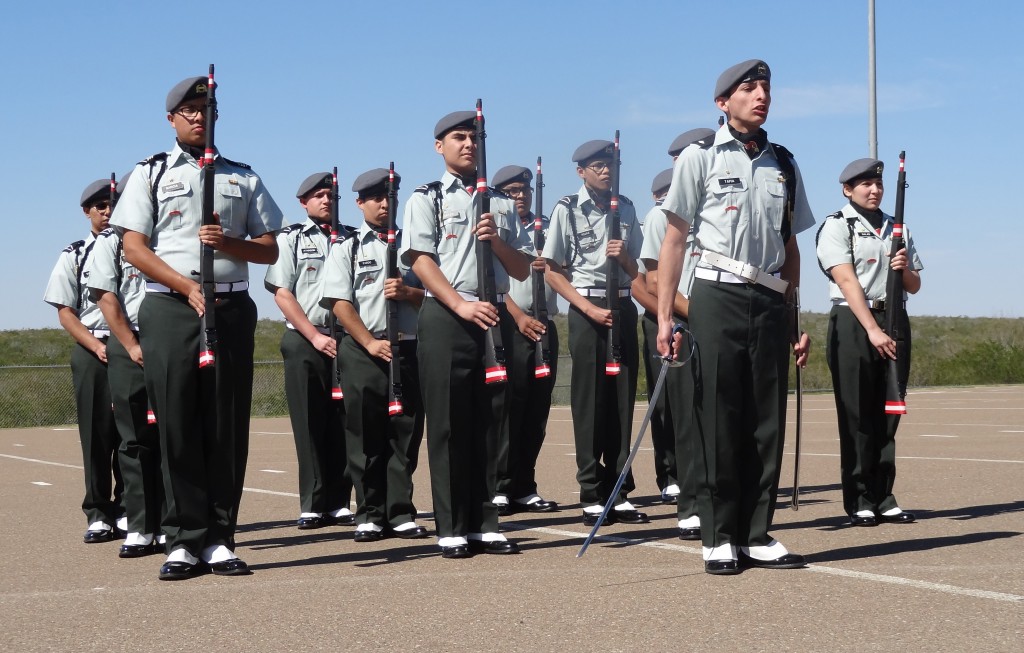 The team placed tenth at the competition, earning them a spot to compete for the top prize in the United States Army Junior Reserve Officer’s Training Corps (JROTC) National Drill Team Championships.

During the competition, the cadets along with 250 other JROTC programs were put through three rigorous phases including armed drill team inspection, regulation drill, exhibition and color guard inspection and regulation.

Earning a spot in the Top Ten was not easy, the team had their uniforms inspected with the greatest scrutiny, were asked questions by United States Army Drill Sergeants, had to memorize a 46 command sequence march, and performed a modified routine involving complex marching sequences.

The cadets are currently working on a twelve-person exhibition routine for the upcoming National Championships.

“Both 1SG Mendoza and I have been pushing these cadets to be prepared for these championships and they’re not leaving anything to chance” said Master Sergeant Juan Gonzales, HHS Army Instructor.

The National Championships will take the HHSS Drill Team to compete in Louisville, Kentucky on April 6.

Depending on their performance at Nationals, the team may have the chance to compete in the 2013 National High School Drill Team Championships held at the Ocean Center Arena & Exhibit Hall in Sunny Daytona Beach, Florida on May 4.