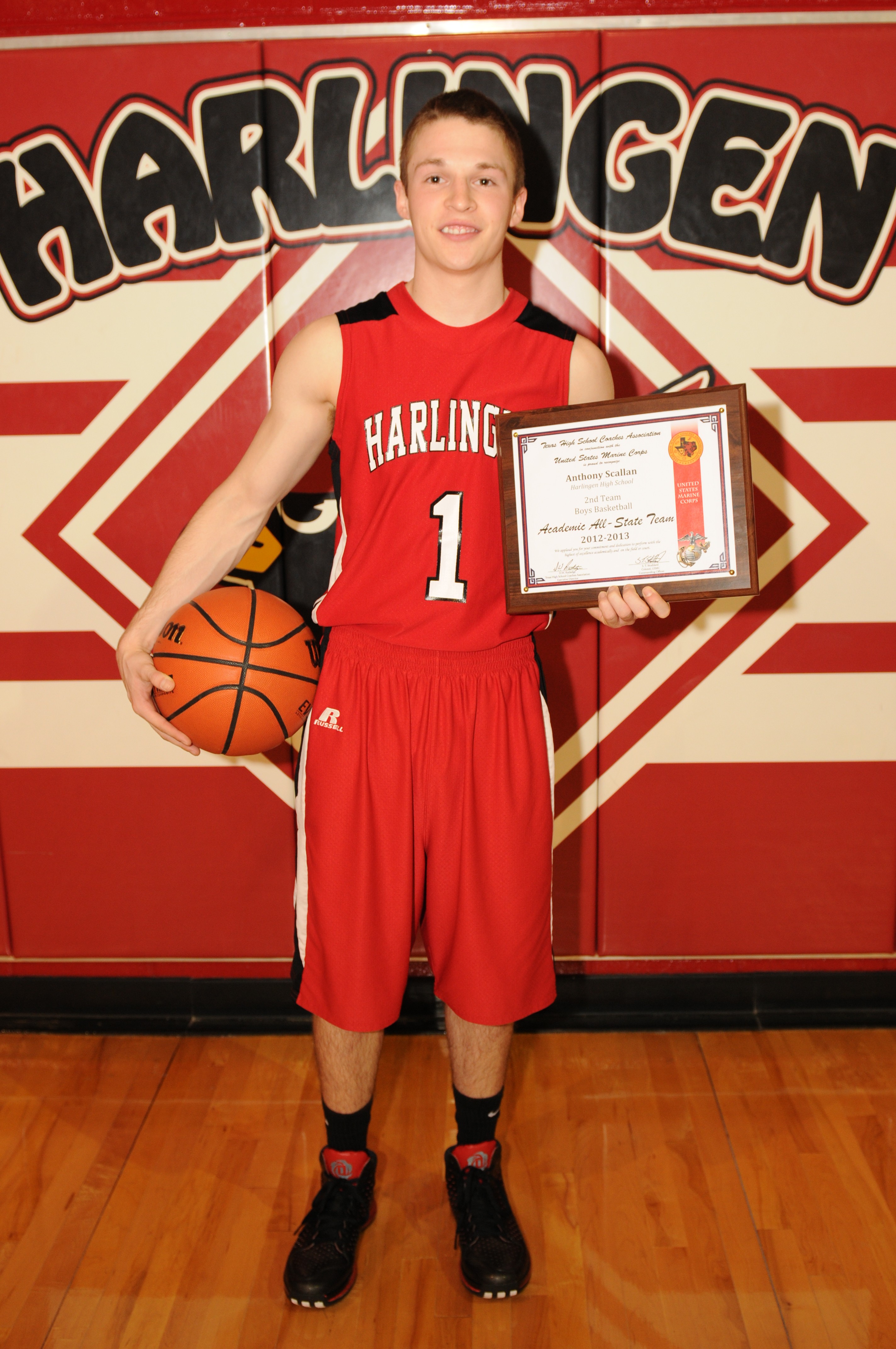 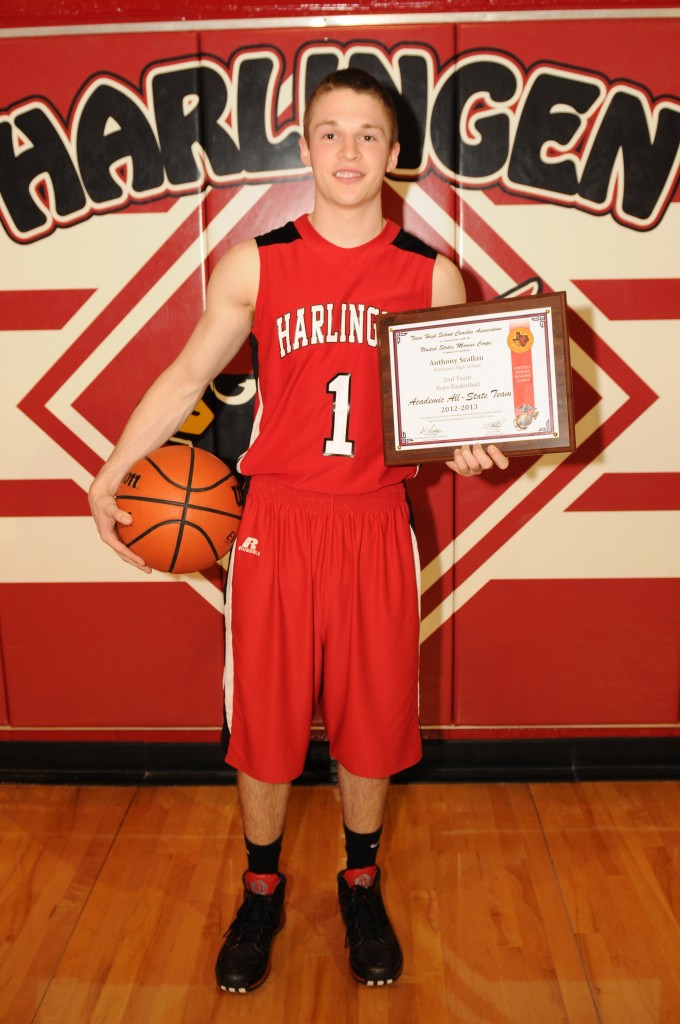 Harlingen High School senior Anthony Scallan is not only a great player on the basketball court but in the classroom as well.

Scallan was awarded a position on the 2012-2013 Academic All-State Basketball Second Team by the Texas High School Coaches Association (THSCA).

Gregory Yates, HHS Basketball coach, nominated Scallan for the position. His selection was based on his academic performance and merit. He was required to maintain a minimum of a 92 average throughout his high school career.

It was Scallan’s competitive nature learned from his older sibling rivalry that he accredits for earning the position. He was always trying to outdo his sister in everything including academics, he says.

“School is important, if you don’t pass you can’t play, and without the grades you can’t go to college. It’s not geeky to be smart.”

He will serve as the only basketball representative for the Harlingen Consolidated Independent School District.

Scallan is planning to take the skills he acquired during high school to college. He plans on attending either Baylor University or the University of Texas in Austin.