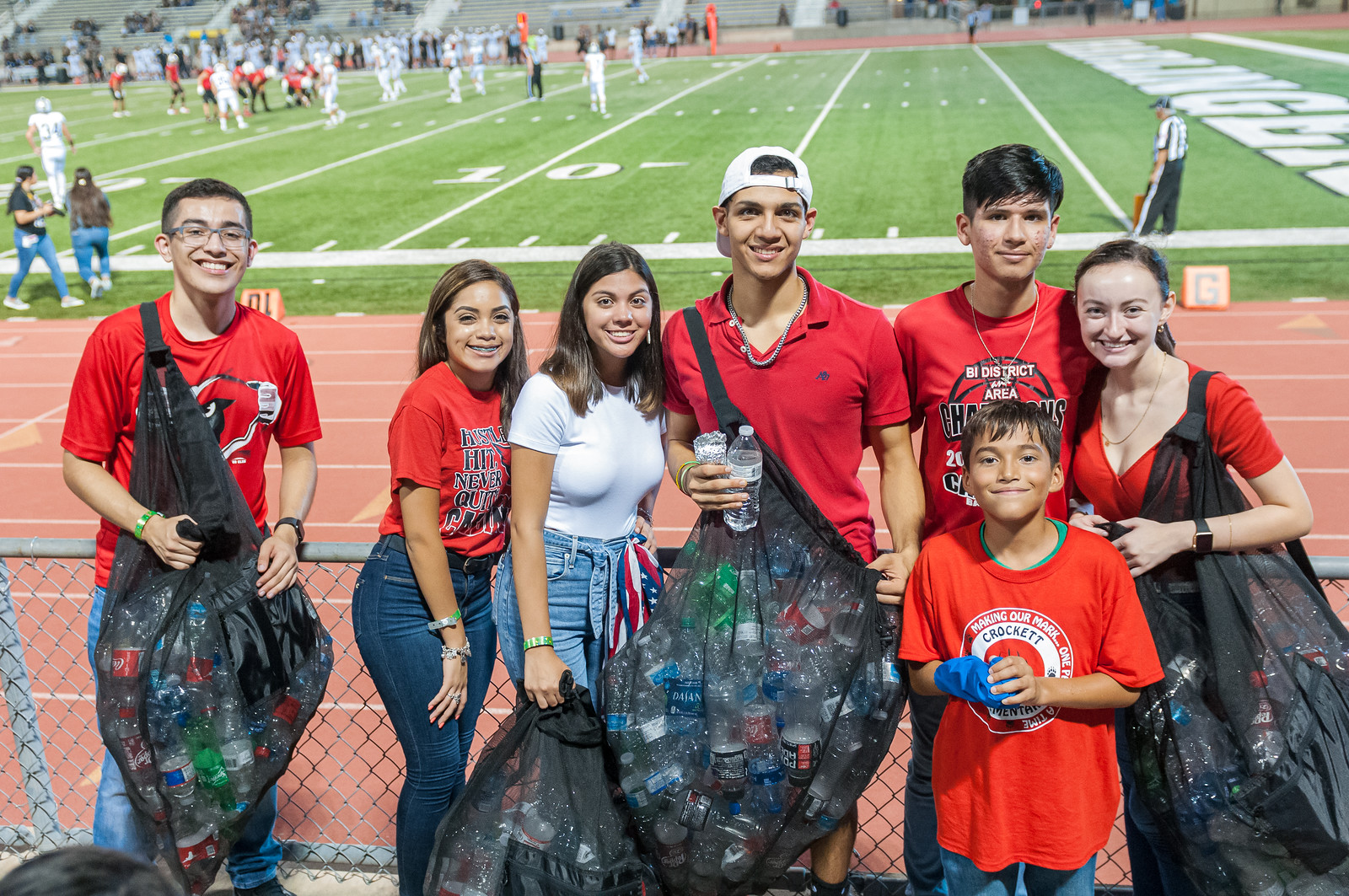 BY MEGAN AUNE AND CATHERINE DUNCAN

Elementary school volunteers, accompanied by the high school students and sponsors, began collecting plastic bottles during the second and fourth quarters of all home football games this season. The sustainability initiative aims at encouraging the Harlingen community to participate in recycling.

“We’re the inaugural class,” said Harlingen High School Senior Hannah Carney. “I think we’re the first ones (in the Valley) to do this. This starting at HCISD might spread to other districts and create a bigger change.” 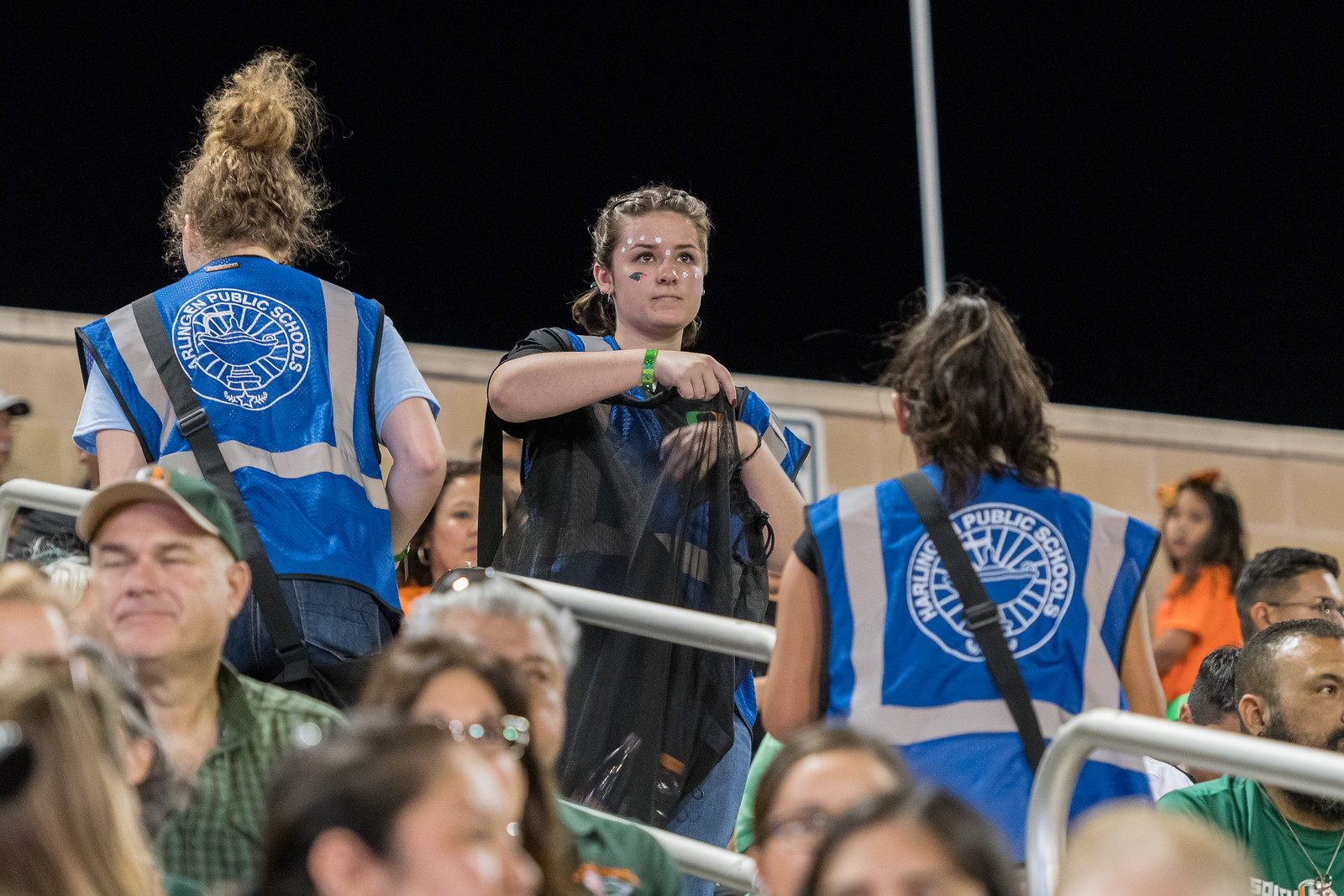 “Crush it. Cap it. Toss it!” the elementary students chanted one Friday night in October.

The excitement and positivity the student volunteers bring into the stands are reflected by the support of the crowd. In fact, the fans’ enthusiasm might only be matched by the sheer amount of plastics collected by the HCISD volunteers each game.

During the Harlingen South Hawks game against the Rivera Raiders, the combined efforts of fans and volunteers enabled the students to collect over 80 pounds of recycling in just one night.

“People don’t really know to recycle at football games, so when they find out, they’re really involved in it and willing to participate,” Carney, Harlingen High School South’s AP Science Club volunteer, said. “We get such a good response from both sides, and people seem to be proud of what we’re doing.”

Carney believes this program’s monumental role in introducing recycling to the students will drive them to invoke environmentally friendly changes at home, as well as at their home games.

“The elementary students are still in their formative years, so this program will have an impact on them forever. They can take this home and show their parents and encourage this in their house,” said Ellie Sanchez, a senior at Harlingen High School South.

The high school students’ goal is to not only educate the onlookers in the stands of the significance of recycling but their younger helpers as well. 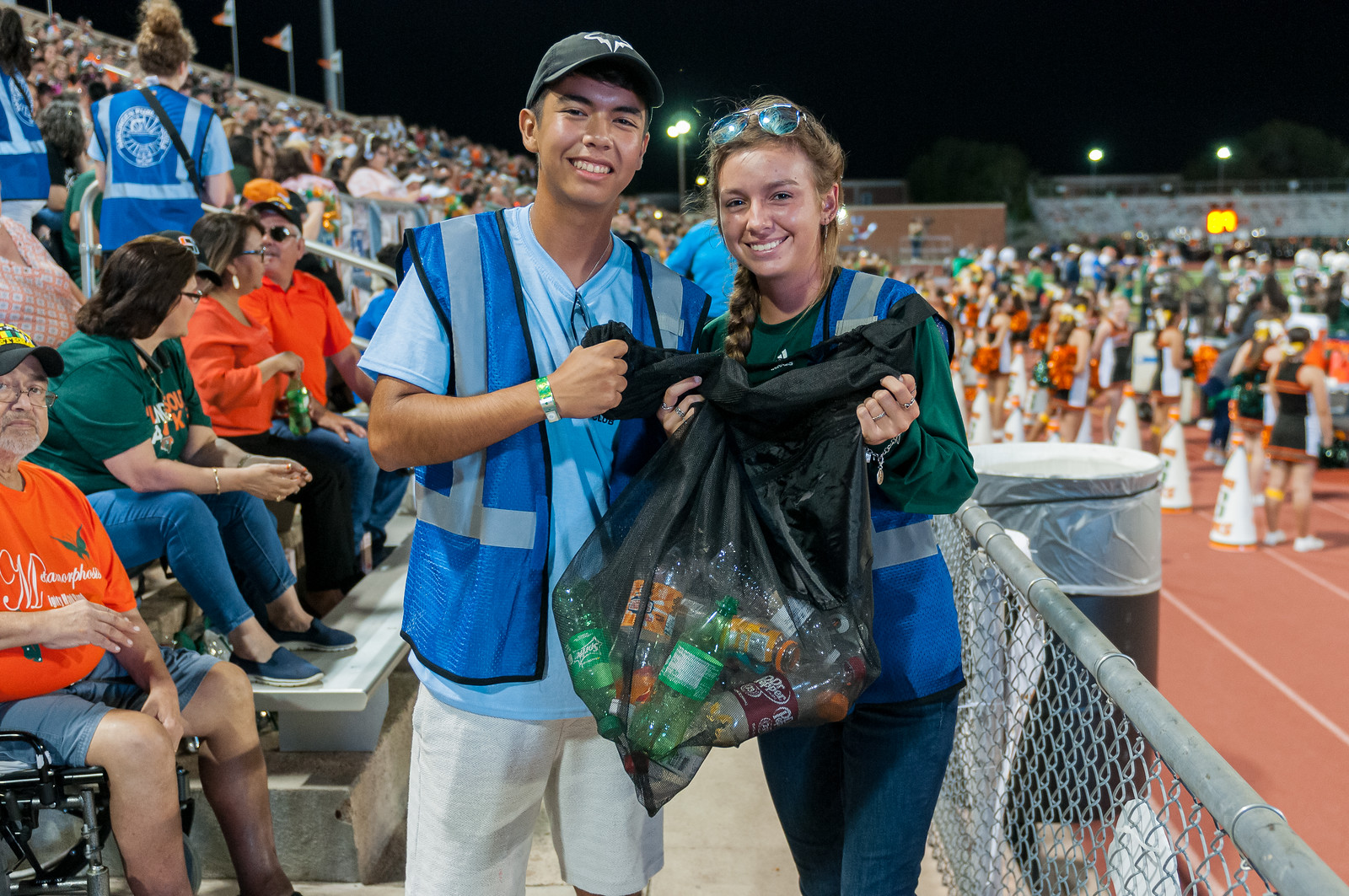 “They’re learning how to recycle and the process of what should be happening,” said Harlingen High School Senior Caleb Lucio. “The kids starting so young shows that they can make an impact on the earth, not just adults.”

Lucio believes the program also holds an impact off the field.

“All the kids were really happy to make a difference in the community,” he said. “Knowing that we have an impact on that and we can start a brighter future for the earth and the children is amazing.”

HCISD is the first school district in the Rio Grande Valley to launch this type of recycling initiative during football games. The entire community, including visitors, can participate.

Collectively, the students have collected hundreds of pounds of plastic to be recycled this football season. Once the bottles are collected, they are stored, weighed, and sent to the Harlingen recycling center.

“Plastics are derived from energy resources such as coal, petroleum and natural gas, so any material recovered is an energy savings,” according to information provided by the recycling center.

What began as an idea of implementing recycling at Boggus Stadium has grown and evolved into a community-wide effort to make the district and community an even better, greener place.

“Remember to keep dirty containers out of your recycling bin,” according to information provided by the recycling center. “One partly eaten pizza or leftover hamburger in a bale of plastic can spoil the whole load.”

Student volunteers all know the rules of recycling and encourage fans to follow them.

The city of Harlingen’s recycling center located on the 1000 block of Commerce Street accepts recyclables from everyone. Along with plastic, the city’s recycling center collects cardboard, newspaper, paper, aluminum, steel, styrofoam, and electronics.

“Such a small act can make such a big difference in the community,” Lucio said. 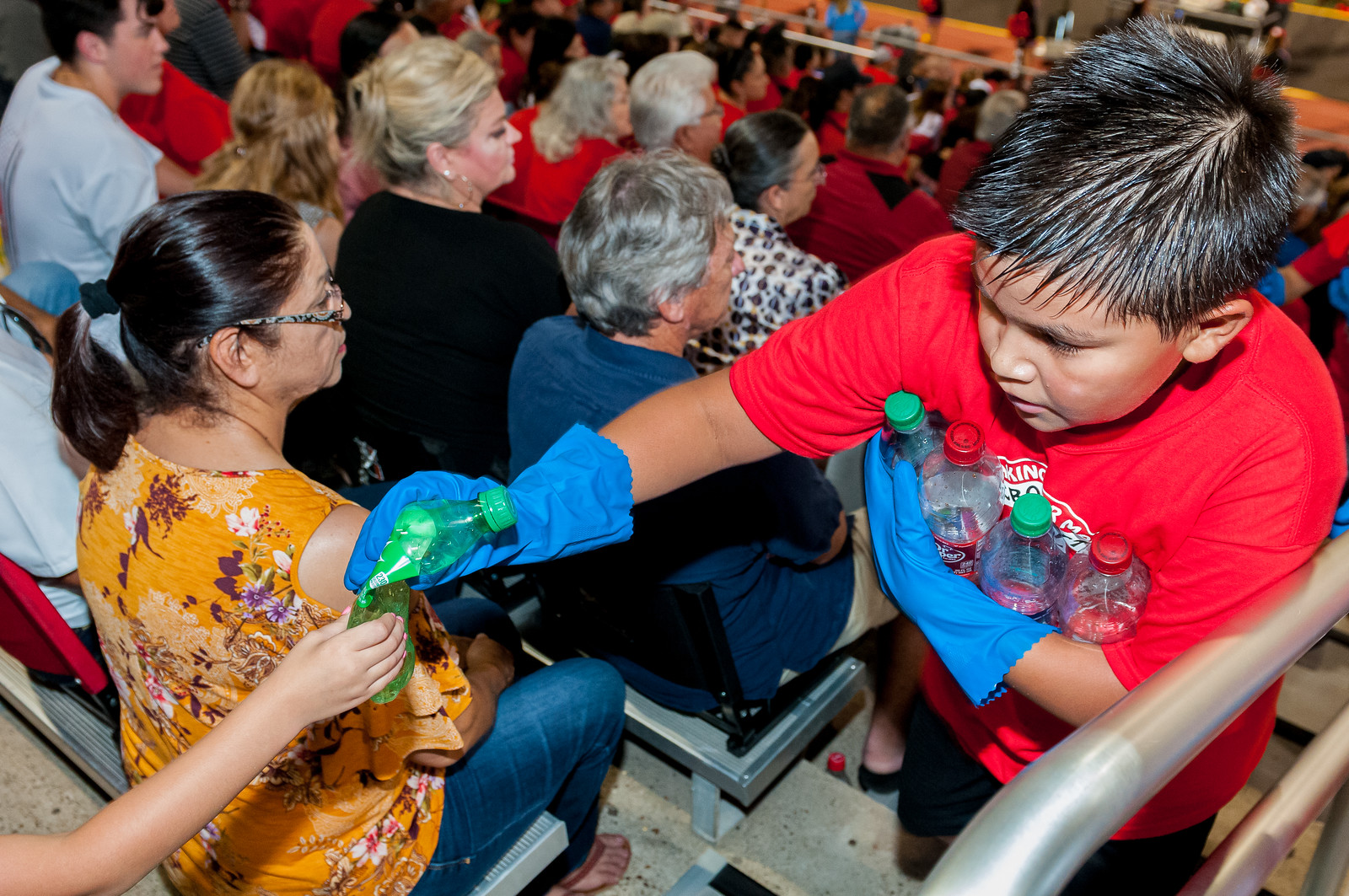 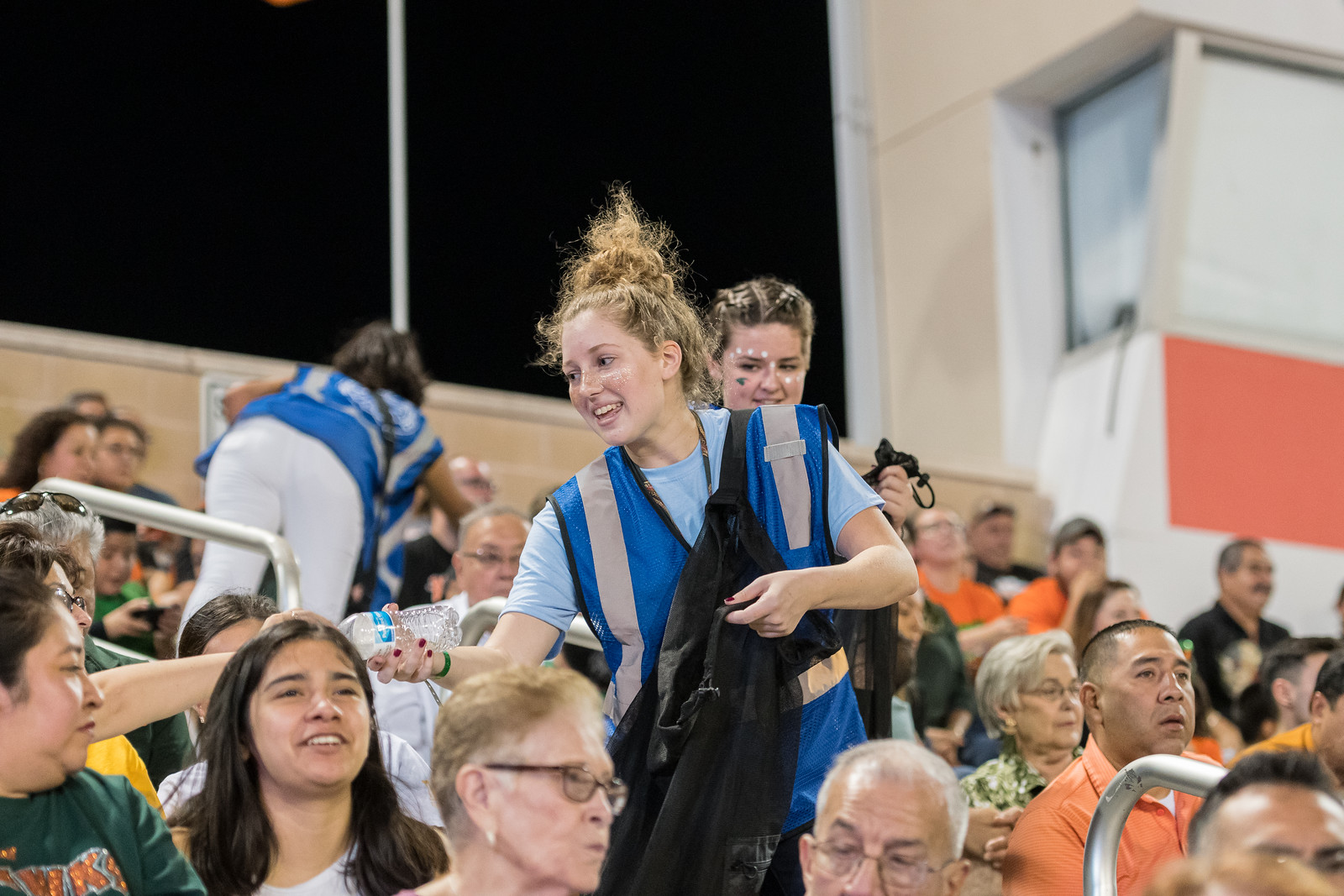 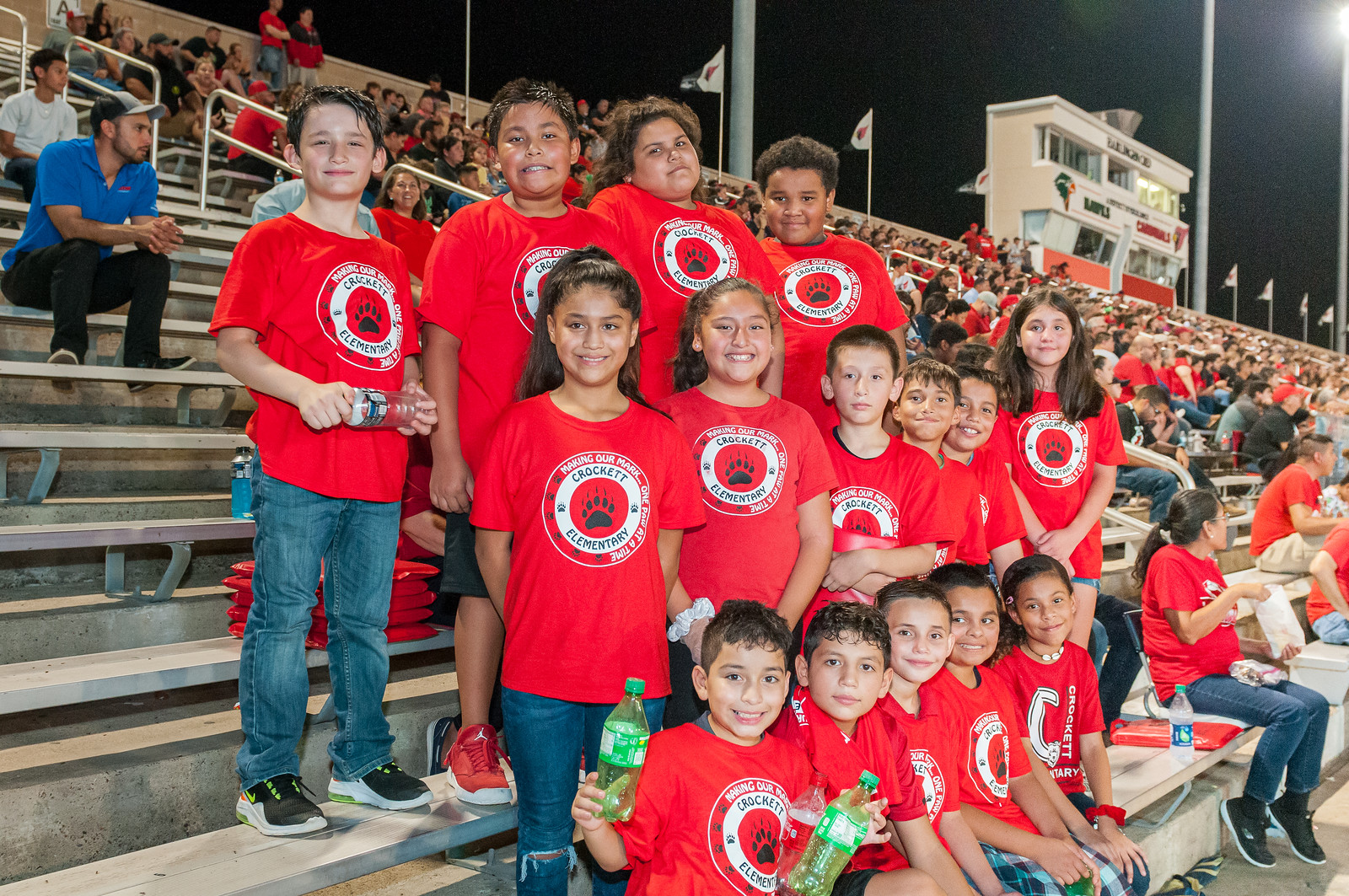