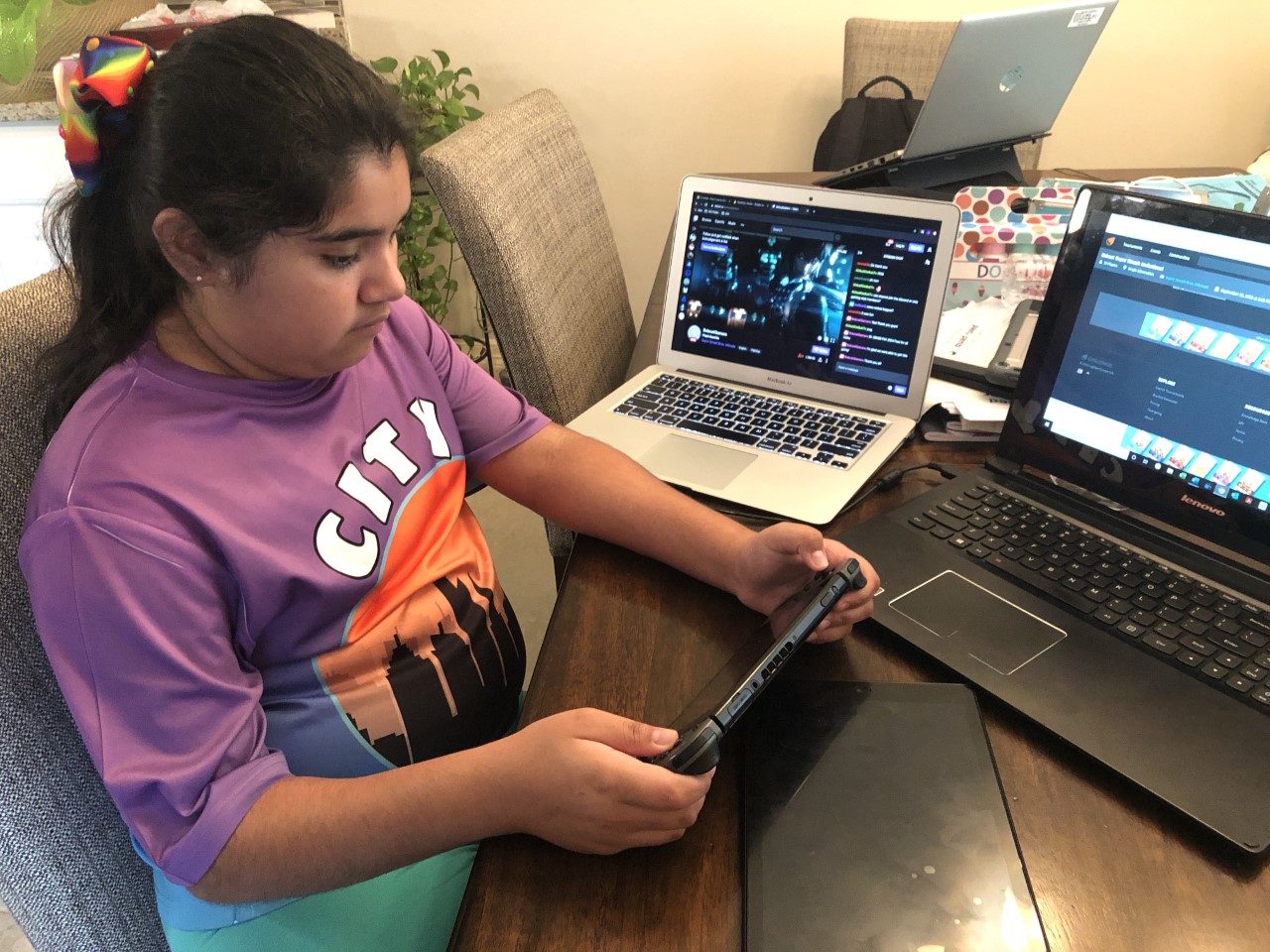 Cecilia Saldivar is a sixth-grade student at STEM2 Preparatory Academy who participates in the ACE program at Gutierrez Middle School of Arts and Sciences as she is zoned to that campus.

Taking part in the Gutierrez ACE program led Saldivar to become a participant in the Super Smash Esports tournament held on September 25. Gutierrez was the only Harlingen CISD campus, and Saldivar the only student, participating from the district.

Participants had to sign up and set up steaming, communication, and the platform that would be used prior to the event.

“It was a lot of fun,” Saldivar said. “We were doing Super Smash Bros. This game has characters from different Nintendo video games like Mario, Legends of Zelda, Splatoon, and all that. You can choose any character you want. Then you battle another player, and the winning person moves on to the next round.”

The event was set up in a tournament-style bracket and Saldivar made it to the semi-finals along with four other players.

“It was a little bit confusing at first because we didn’t really know who goes where, but I got to be in five rounds,” Saldivar said. “I lost one of them, and in the rest, I got first place.”

About 12 students from across the Rio Grande Valley and an additional student from California participated in this open invitation virtual meet.

“I feel good about making it to the semi-finals because I was told that I was one of the youngest ones that was competing. A lot of the other kids there were older,” she said. “My family was happy, they congratulated me, and they let me choose dinner to celebrate.”