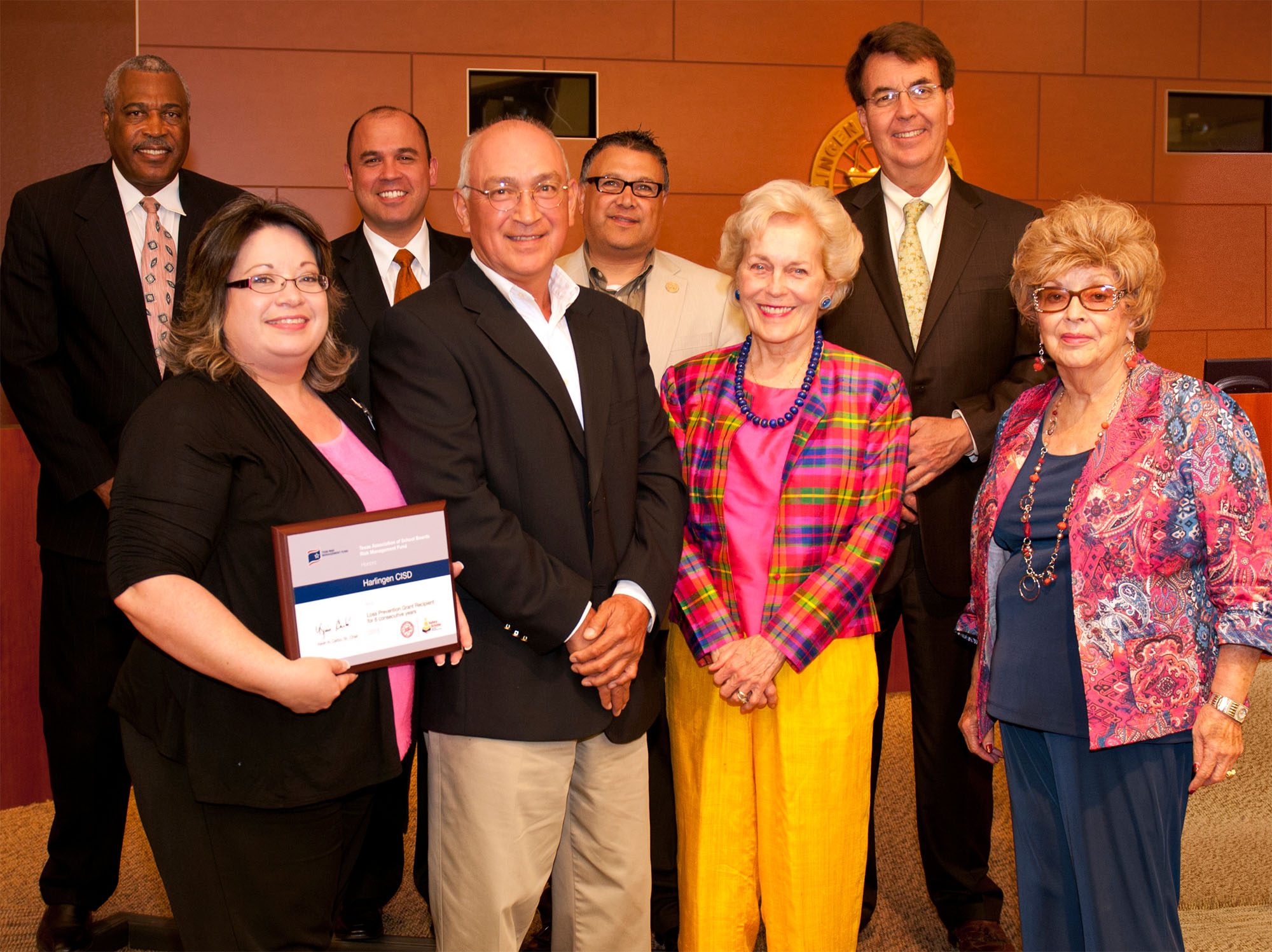 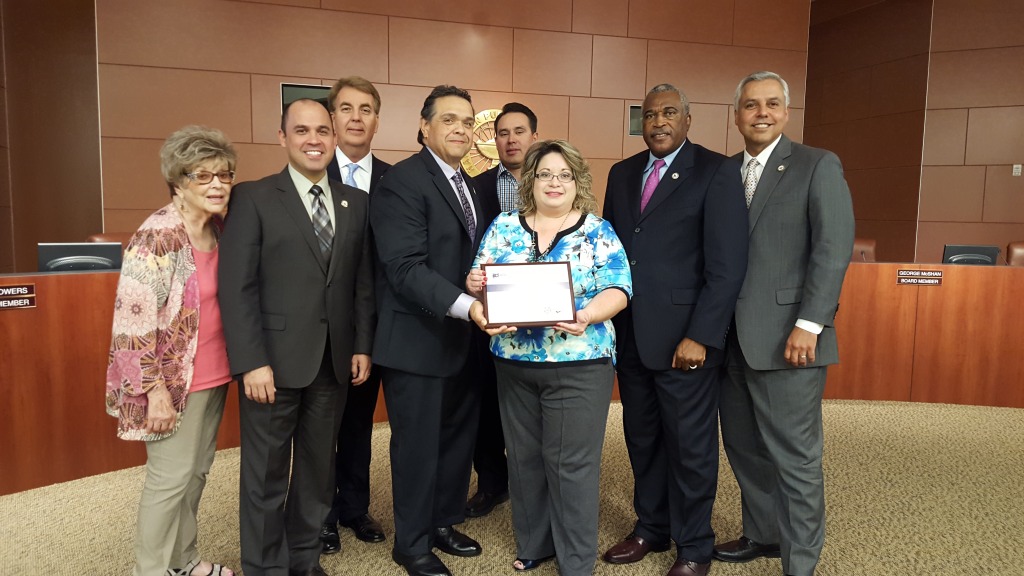 The Texas Association of School Boards (TASB) Risk Management Fund recognized the Harlingen Consolidated Independent School District during the regular Board of Trustees meeting on July 14.

Clem Zabalza division director of TASB Loss Prevention and Training Services was on hand to present HCISD with a $3,000 Loss Prevention grant, which recognizes district members who take proactive steps in mitigating hazards and exposures in the work place. This is the eighth year the district is awarded the grant.

Also received was a $3,000 Scholar Award, which recognizes districts that possess innovative risk management programs and have included TASB’s foundation accident prevention plan. This is the third year the district has been awarded this recognition.

“For the past eight years, Harlingen CISD has been honored as a recipient of the TASB Loss Prevention Grant, said Rosalinda Vargas, Assistant Superintendent for Human Services. “HCISD has also received the distinction of being one of six Texas districts to receive the TASB Scholar Award in recognition of our innovative risk management program under the direction of Rachel Cortez. Through these grants we are able to purchase safety equipment for our campuses and departments including stepladders, rubber mats, and protective gear. We appreciate the support we receive from the Texas Association of School Boards in helping us improve and maintain the safety of our students and staff.”

In addition to the endowment, the district will be hosting a Standard Response Protocol (SRP) Train-the-Trainer event, developed by the I Love U Guys Foundation. The event will be presented by executive director for the foundation John-Michael Keyes and will focus on how to train others on the SRP, how to conduct drills, and how to recruit partners such as law enforcement, fire, educators, and administrators.

“John-Michael Keyes has been presenting this training across the country,” said Zabalza. “To this date, the state of New Jersey, the city schools of New York, the state of Oregon, and the TASB Risk Management Fund have adopted and partnered up with the ‘I Love U Guys’ Foundation to provide this training to school districts to make them safer. Thanks to HCISD’s hospitality we will be bringing John-Michael Keyes on October 8 to do an all-day training for their staff and also other area districts that would like to participate.”

The “I Love U Guys” Foundation was created to restore and protect the joy of youth through educational programs and positive actions in collaboration with families, schools, communities, organizations and government entities.

The SRP course is scheduled for October 8 at HCISD’s Central Administration Building located at 407 N. 77 Sunshine Strip from 8:30A.M. – 3:30P.M. Registration will be made available to TASB members at www.tasb.org. Spaces are limited.

This year, the TASB Risk Management Fund awarded grants totaling $700,000 to 180 public school districts and education entities. Since 1998, the Fund’s Loss Prevention Grant Program has distributed 2,823 total grants of more than $7.41 million to Fund members in the workers’ compensation and property and auto programs.