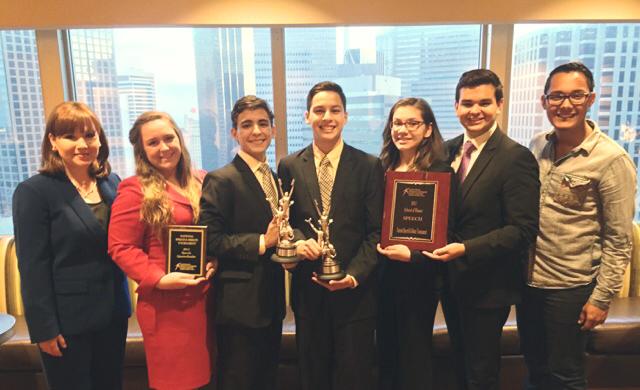 The team had a spectacular performance at the tournament, which is the largest high school invitational in the country, with the Duo Interpretation team of Enrique Cantu and James Gracia advancing to the semi finals and earning a spot in the top 14 out of 236 teams.

Harlingen South was named a School of Honor. Only three schools in Texas earned this award based on overall performance at nationals.

Other qualifiers were Abby DeLeon and Matthew Canon.

To qualify for nationals the students had to place first or second in their respective events at the National Qualifier that was held at the end of April in Galveston.