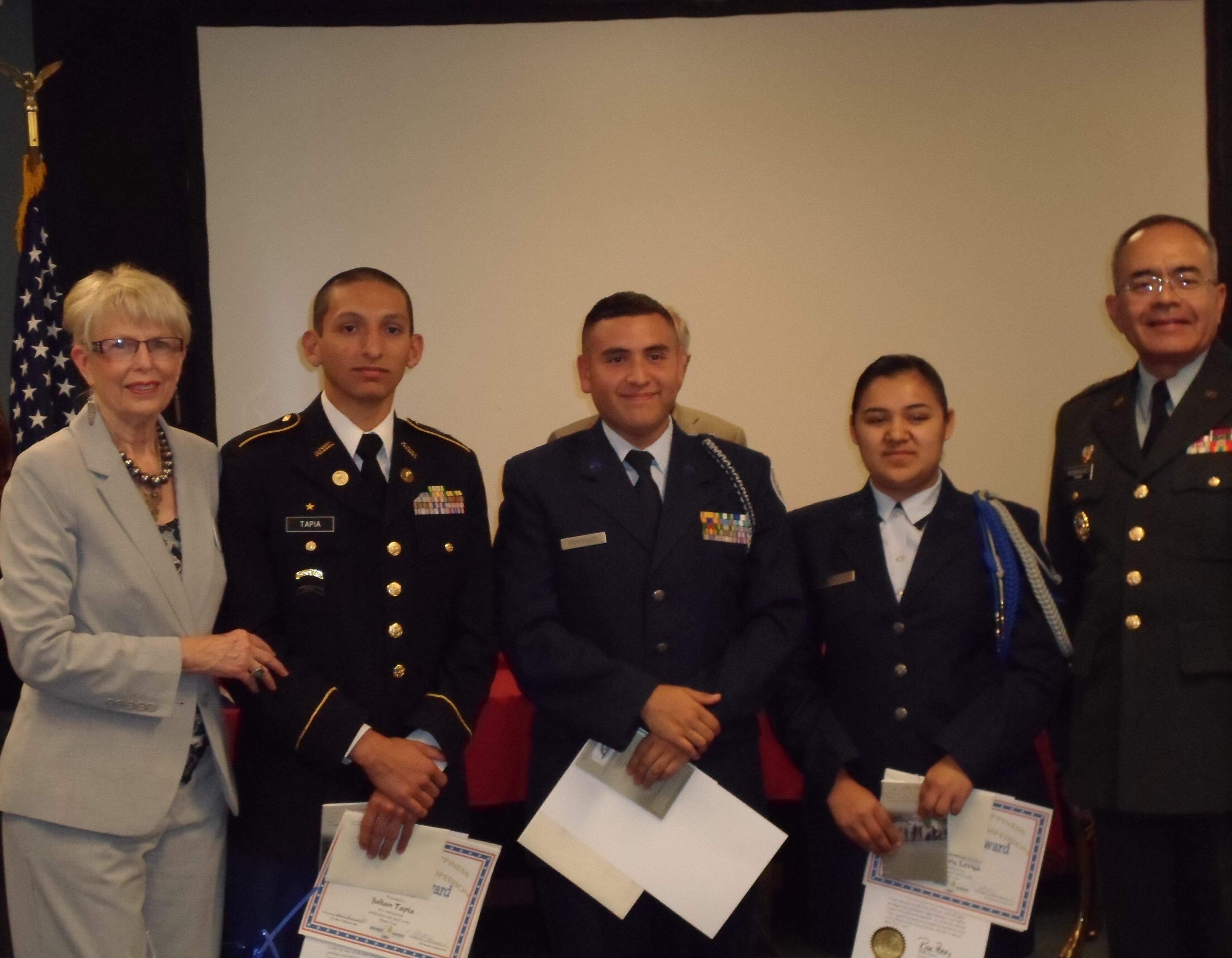 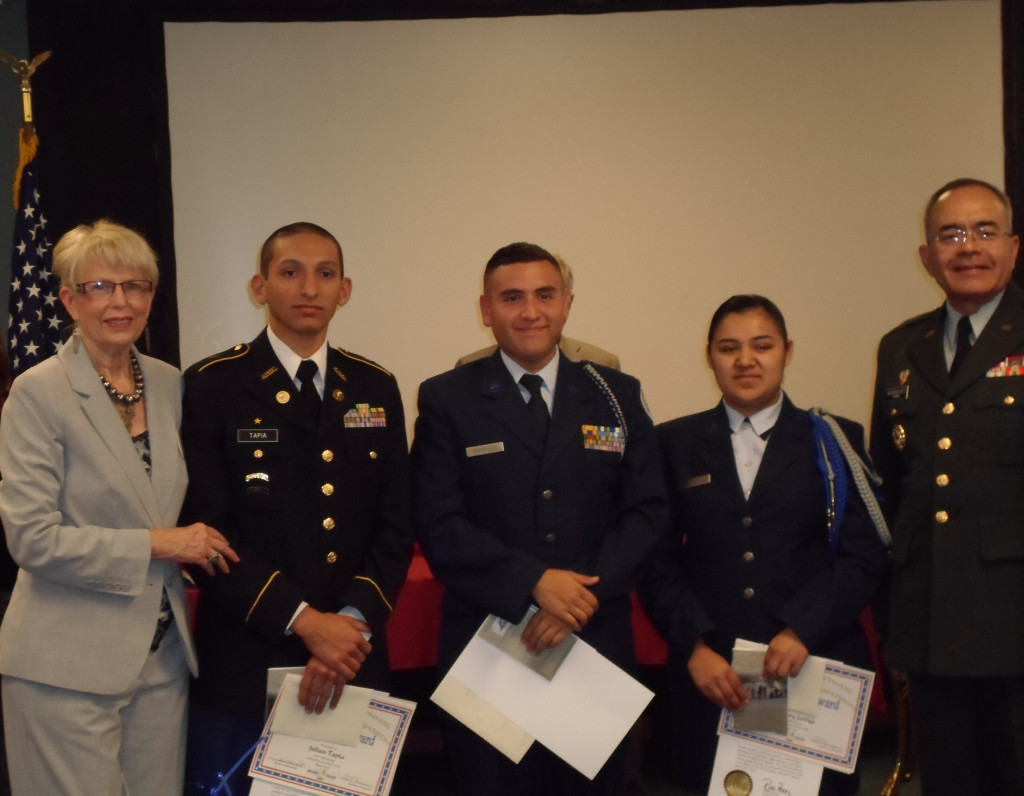 On April 11th, the winners of the sixth annual JROTC The Way to Happiness Program and Scholarship Competition were announced at the award presentation held at the offices of Harlingen Family Dentistry. The yearly competition is sponsored by Harlingen Family Dentistry which awards $6,000 to the three winners upon registration in an institution of higher learning of their choice. Members of local high school JROTC programs compete by presenting activities and programs they have personally done that implement one or more of the 21 precepts contained in “The Way to Happiness” book along with the JROTC Core Values in order to make the world a better place.

This year’s winners are:

Julian spearheaded an “Inspiring Love” project at the Shake it Off Zumba Dance Studio for all the clients’ children, students and JROTC cadets at Harlingen High School. He presented classes on “Take Care of Yourself,” “Love and Help Children,” “Honor and Help your Parents,” “Set a Good Example” and “Try to Treat Others as You Would Want Them to Treat You.” His project started in late October 2012 and ran each first Friday of every month. This project has helped Julian understand the meaning of love and happiness which has changed his whole outlook on life. It has gotten him closer to his family and classmates.

Andrew organized a Veteran’s Day Program for assisted living facilities and seven schools. This project instilled in the children an appreciation for the sacrifices our military make to insure our freedom. Additionally, Andrew created a memorial honoring our veterans, held car washes to earn funds to help the JROTC unit attend leadership camp and he headed the Hawk Card sale fundraiser.

Yomary developed and ran two canned food drives that resulted in enough food to feed one hundred families of five for one month. She ran a blood donation drive and secured enough blood donations for 1,250 transfusions. Yomary was also in charge of keeping track and budgeting $120,000.00 in uniforms and government equipment for her JROTC unit.

Commendations were presented to the participants from the offices of US Congressman Filemon B. Vela, Texas Governor Rick Perry and Texas State Representative Eddie Lucio, III. The judges for this year’s competition were:

The tabulator for the competition was Juan Garcia from First Community Bank and the time keeper was Sylvia Trevino, former Harlingen City Secretary and currently the Palm Valley, TX, City Secretary.

The Harlingen High School South JROTC under the command of Major David Casebeer held a “Meet and Greet” the General the morning of the competition. Area high school JROTC units were invited. Major General Rodriguez spoke to the cadets about the issues of leadership and education. He emphasized the need for education and job skills in the Rio Grande area. He talked about making choices that allow for personal growth and about family and the need for responsible parenting.

To qualify, the JROTC cadets were required to present a portfolio containing the following items: JROTC Service Criteria format resume, cover letter, documentation of certificates of achievement and three reference.

For the competition, they presented the following:

1. A summation of the goals, objectives and results achieved in implementing “The Way To Happiness” precept(s) and JROTC Core Values in a written document;

3. Oral presentation: finalists only; selected by school; and

4. Notes, memos, photos, flyers, announcements, news media articles, etc. of project activities. The cadets were evaluated by the panel of judges as to how well they connected the JROTC Core Values and “The Way to Happiness” moral values of their choice. The PowerPoint format was used for the oral presentation with a time limit of 5-8 minutes.