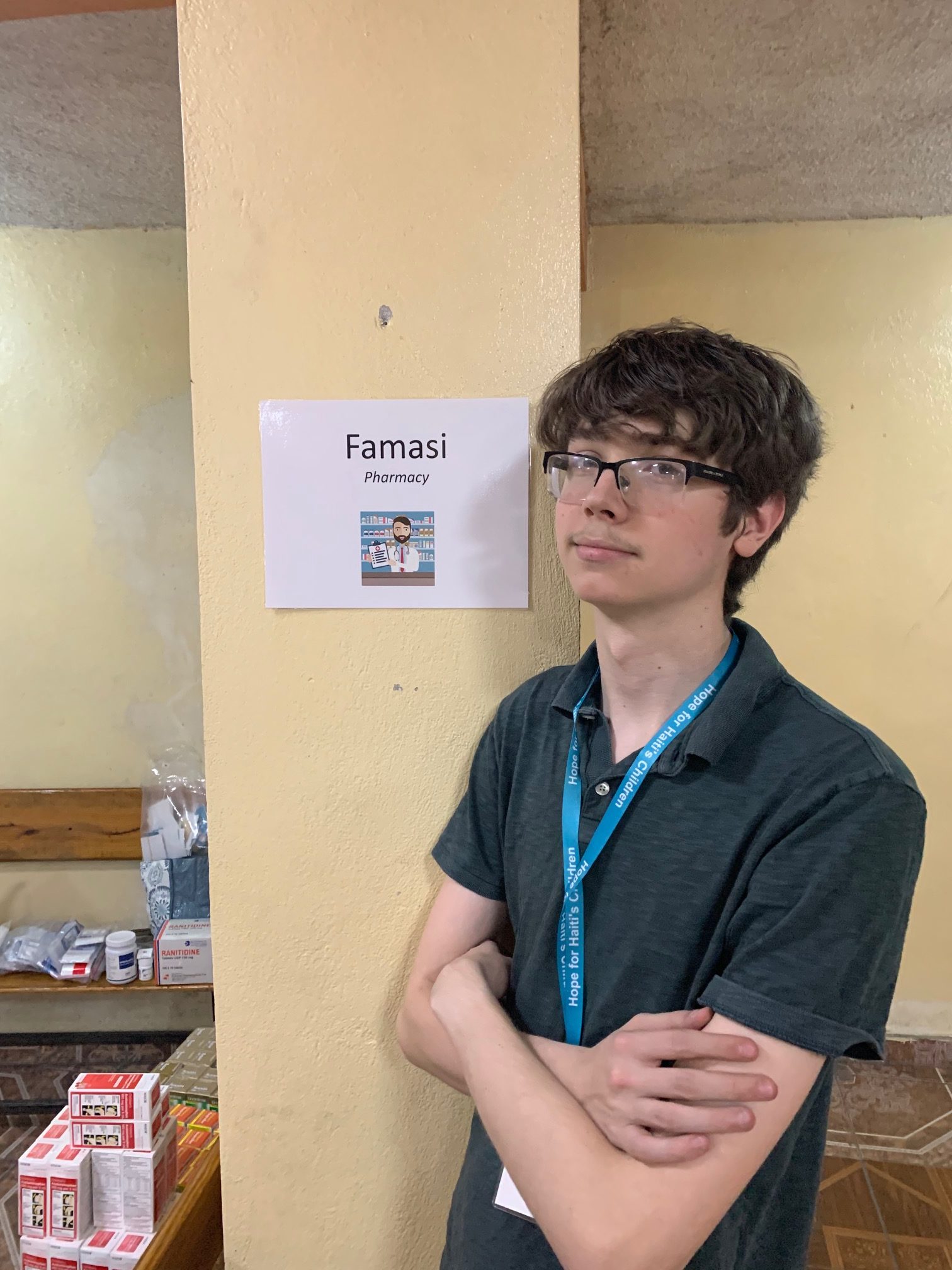 BY MEGAN AUNE AND CATHERINE DUNCAN

In seventh grade, Andrew Smith came home one day having firmly decided that he was going to be a pharmacist.

It’s a decision he hasn’t wavered from since.

His mother Heather Smith, in the medical field herself, approved of Andrew’s grand decision.

For the past nine years, Heather, a nurse practitioner, has traveled once a year with Hope for Haiti’s Children, a non-profit organization dedicated to improving the health of those living in Haiti. Each year, Heather and other volunteers provide needed care to children who wouldn’t otherwise have access to it.

Andrew also joined the organization as a freshman at Harlingen School of Health Professions.

“I felt like it would be a good experience. I went my freshman year and I wanted to see what more was like,” Andrew said. “It’s a rare opportunity, so I thought it would be nice to go and experience what things are like there.”

During the trip, Andrew would commute with the other volunteers from their hotels to the clinic, which was set up in a local church. During four days, Andrew helped over 1,000 children. His first three days were spent at the pharmacy area of the clinic where he analyzed patients’ forms, determined which medications and the amount of each medication necessary, and made labels for the prescriptions.

“Through the pharmacy tech program at HSHP, he was able to know where the meds should be based on the name, and he knew enough to be able to go find the medicine, get the pharmaceuticals organized, and help the pharmacist,” Andrew’s mom said.

Andrew’s gained professional experience at various local pharmacies during part of the school day as a student of HSHP. Andrew enrolled in the pharmacology track offered at HSHP.

Students on this track have the opportunity to become certified pharmacy technicians while in high school. Beginning in eighth grade with principles of health science and ending upon completion of their senior year practicum, students learn to collect patient information, measure medications, pack prescription, and work side-by-side with pharmacists. The pharmacy track is a stepping-stone for students like Andrew who are interested in becoming pharmacists.

“Since I already knew how almost everything worked from my classes, it made helping the children in Haiti go a lot quicker and easier,” Andrew said.

While in Haiti, he also conducted vitals of 124 preschool children. For most of the children, this was their only chance to have their health assessed for the entire year. Healthcare in Haiti is often difficult to access, given its high costs and much of the population’s monetary constraints.

“It’s eye-opening to see how much we take for granted. It shows how blessed we are, while others aren’t, which is heartbreaking,” Andrew said.

Smith was able to help alleviate these circumstances while working with Hope for Haiti’s Children, where all treatments are covered by the child sponsorship program, regardless of cost. Smith worked closely with the children, taking their temperature, checking their pulse, monitoring their blood pressure, doing so through non-verbal communication.

“Even though I didn’t know their language, I was still able to engage with them and help them understand while I took their vital signs,” Smith said.

Smith will graduate from HSHP in May 2020 and has already been accepted to the University of Houston. He plans to graduate from U of H with a Doctorate of Pharmacy and continue his commitment and passion for helping others. 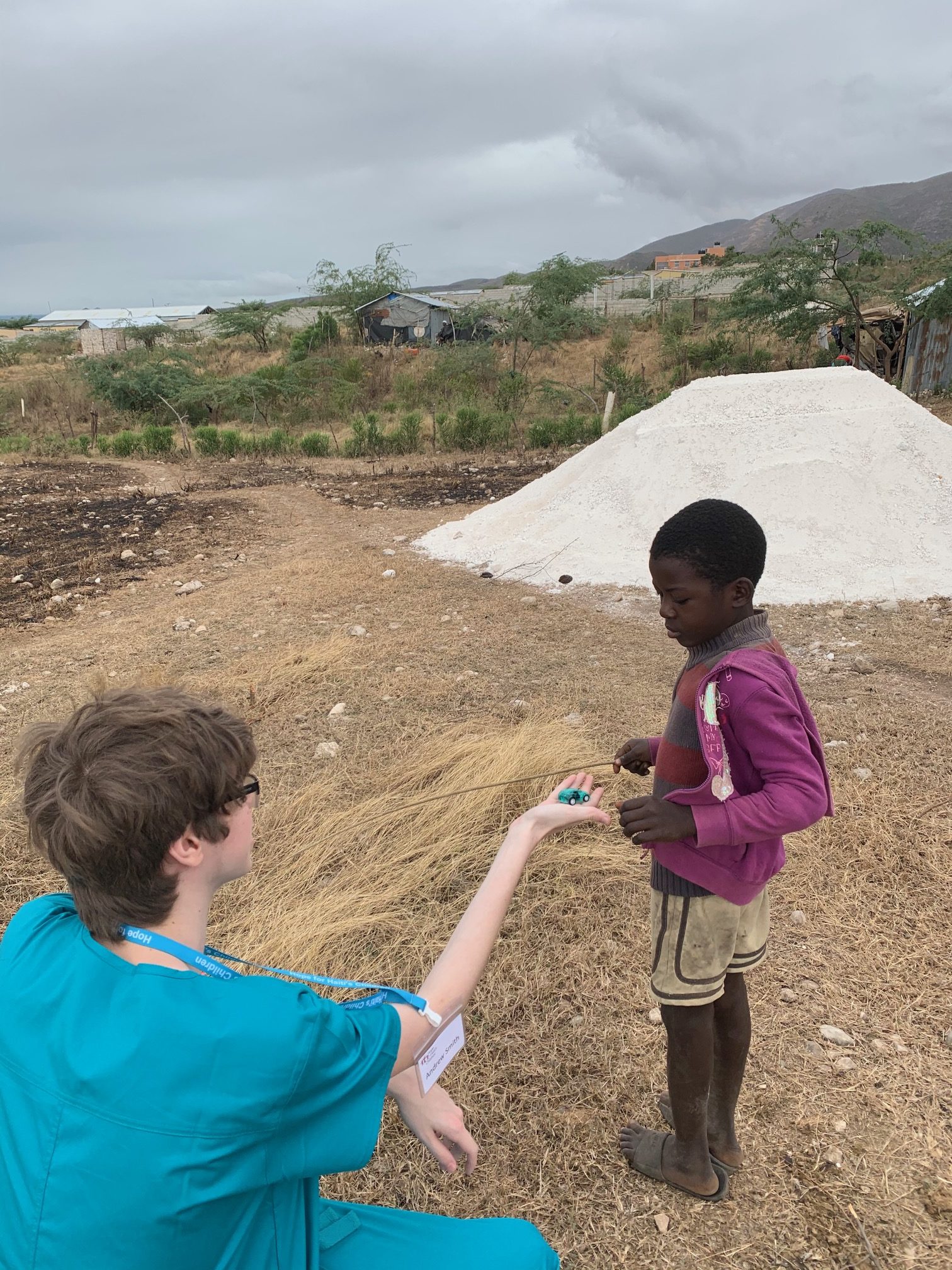