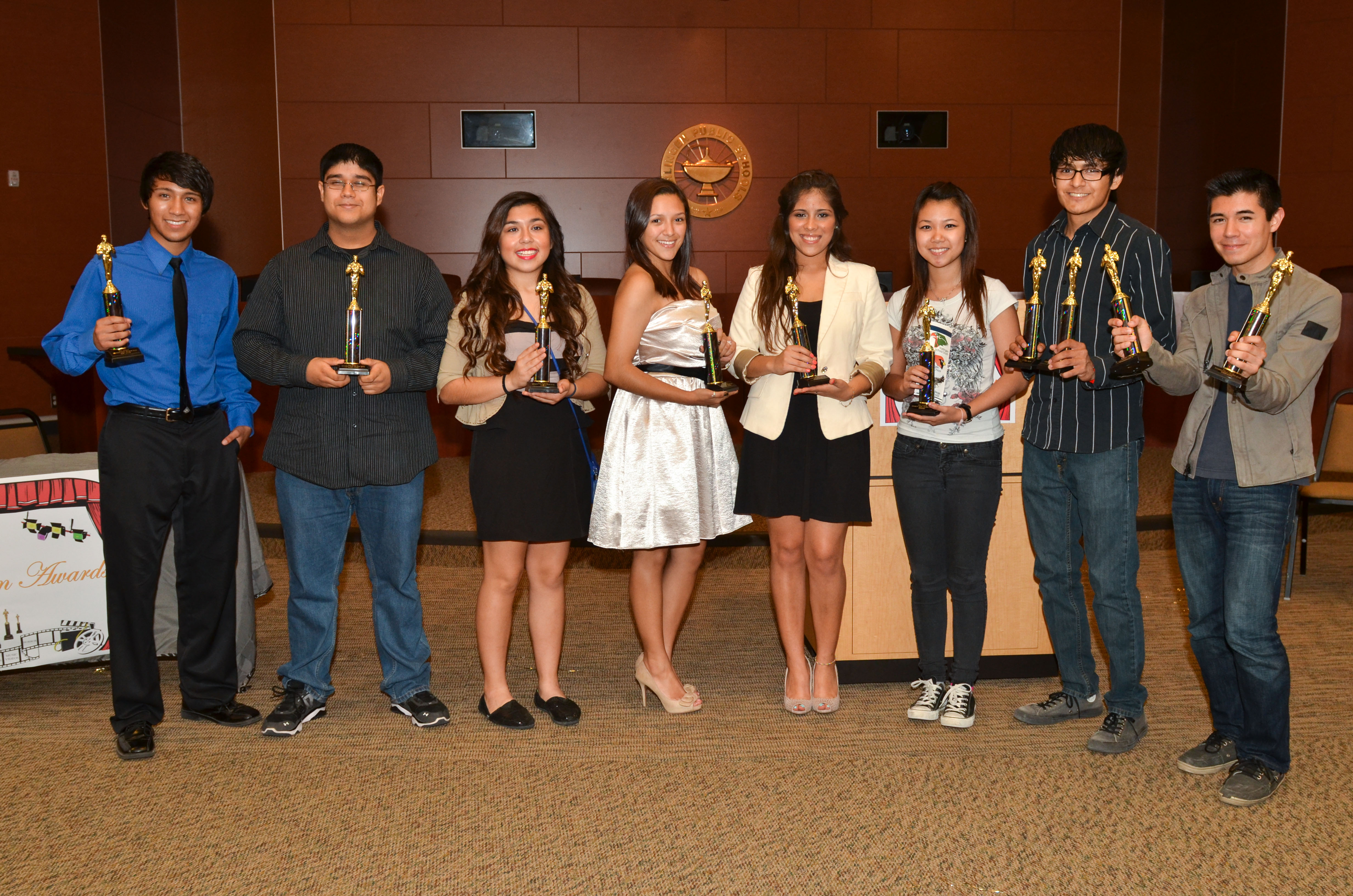 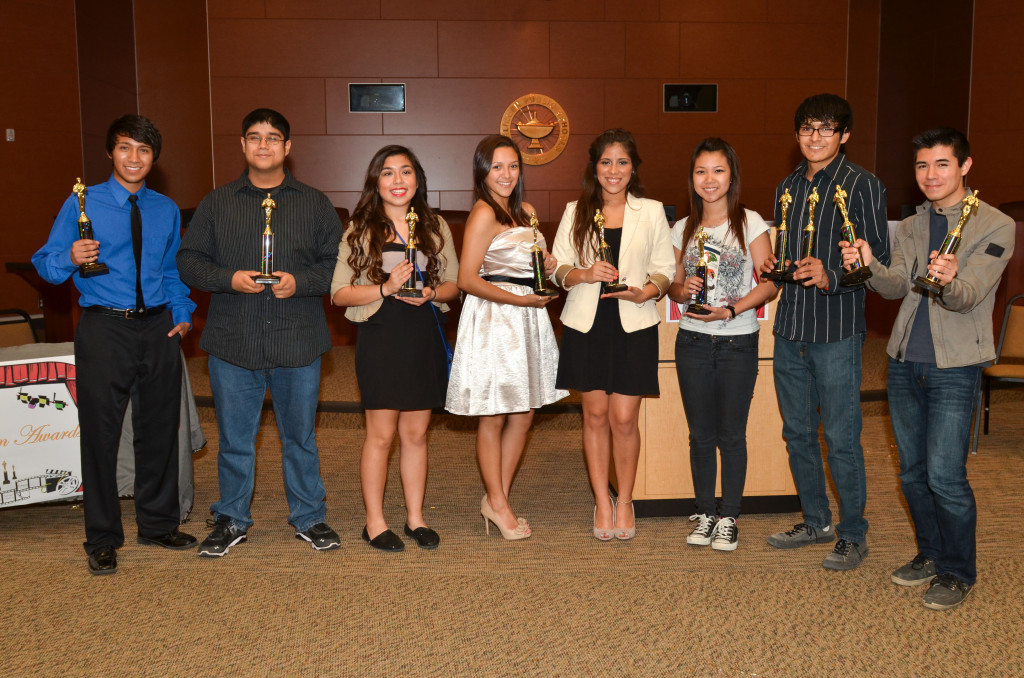 With the golden statues polished, actors, actresses, directors and producers from across the Harlingen Consolidated Independent School District gathered to spend an evening celebrating their efforts in the area of film production in April.

“It’s an evening to recognize all of the time and effort that our students put into their video projects,” said Patricia Guajardo, HCISD media tech instructor. “For the students who are truly passionate about editing, directing or acting, we want to encourage them to follow their dreams if they wish to pursue video production as a career.”

During the ceremony, the best videos were selected in the categories of Horror, News, Highlights, Comedy, Best Editor, Music Video, Best Director, Best Actor, Best Actress and Best Overall Video. Over 60 videos were entered into the competition this year with each category being narrowed down to three finalist, said Guajardo.

For the awarded videos, it proved to be a memorable evening for all those involved with its creation.

“It felt pretty good to win,” said Esteban Salas, student at HHSS and SFA winner in the category of Best Editor. “Editing is a passion of mine. I put a lot of time and effort into getting everything together. I feel like this is the reward after you’ve done so much hard work.”

“Being here and having our entries win is a great feeling,” said Carmen Cisneros, student at ECHS and SFA award winner in the category of Best Overall Video. “It’s the first time we’ve entered the awards. It’s a great experience.”

The students may have been the main winners of the evening, but their instructors were just as excited to see all of the students involved succeed. Administrators, parents, students and community members were also in attendance to support the nominees.

“We were really excited they did well,” said Andres Torres, media tech teacher at HHSS. “They worked all year to put together all sorts of videos. It’s exciting to see them go from an idea to seeing the finished project.”

News: A Day in the Life of a Kindergartener – Erin Navarro, Harlingen High School South

One thought on “Future filmmakers awarded at 2013 Student Film Awards”