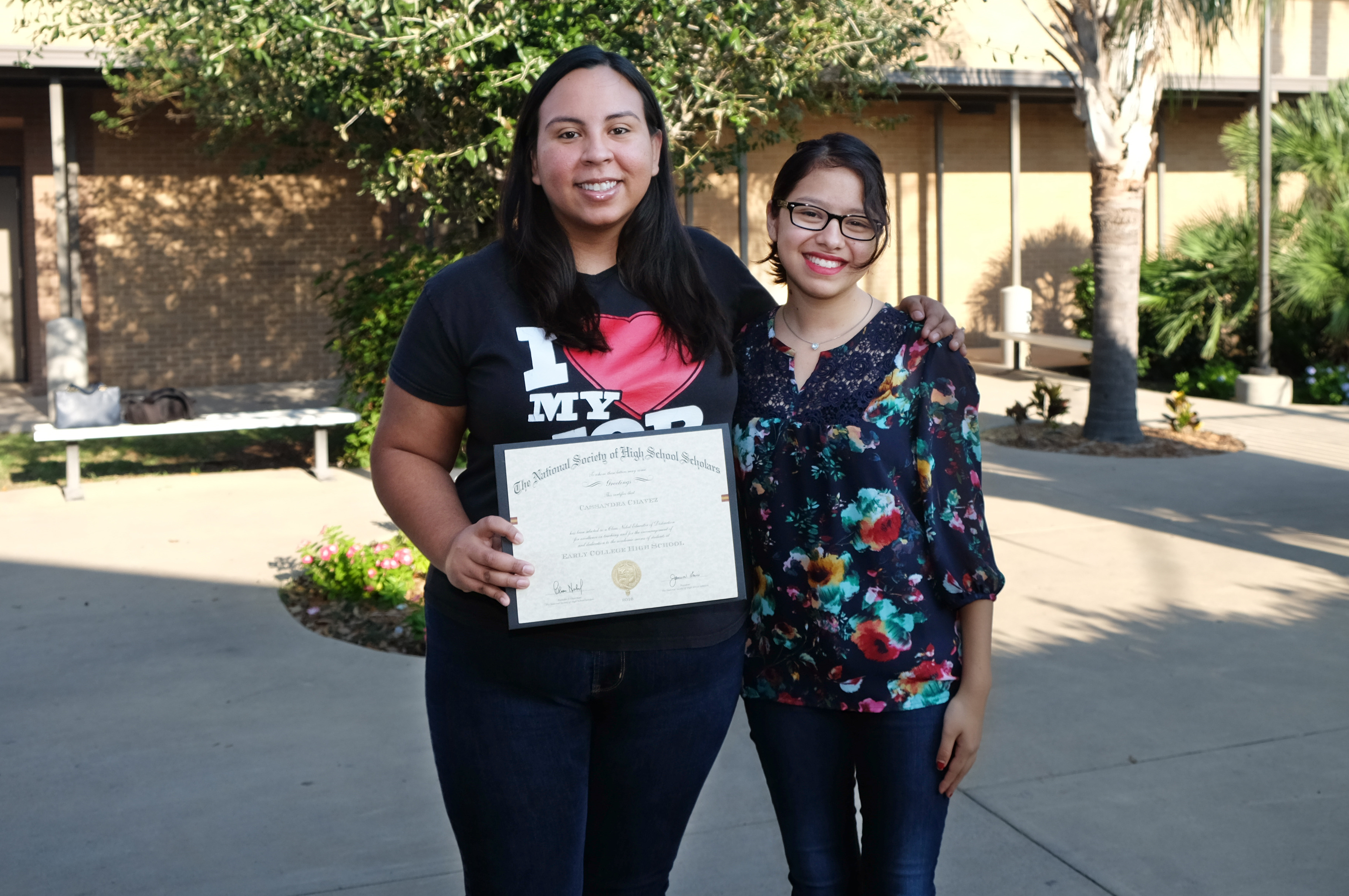 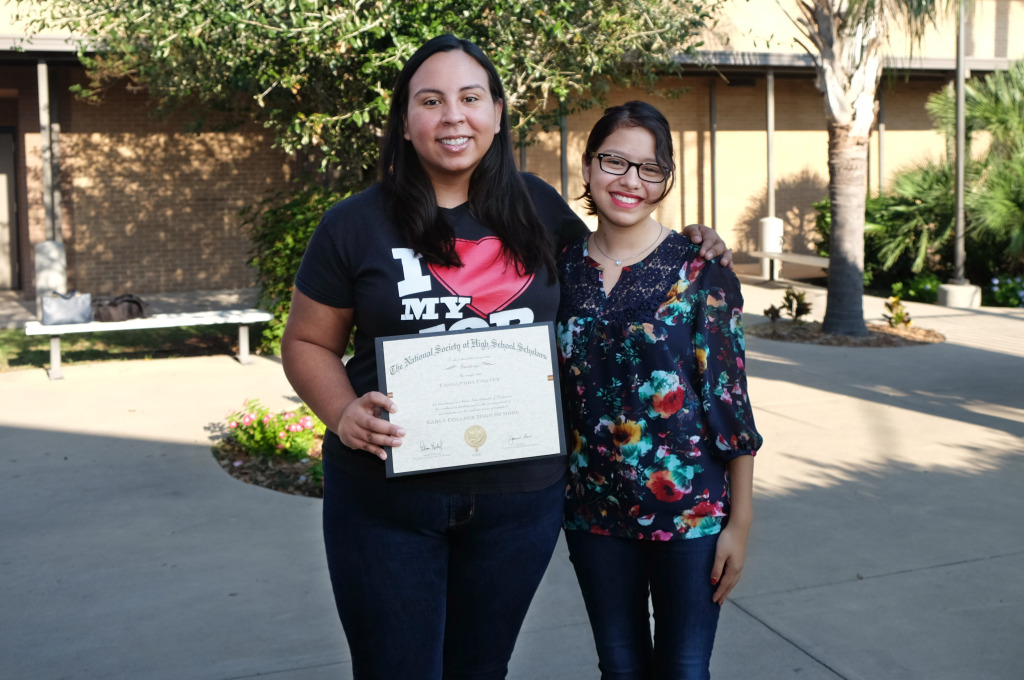 The National Society of High School Scholars (NSHSS) recently selected Cassandra Chavez, a teacher at Early College High School as a Claes Nobel Educator of Distinction. A role model to pupils, Chavez was nominated for outstanding dedication and commitment to excellence in the classroom.

Nominating Chavez for the award was Andrea Jimenez. Looking back on her years at ECHS, the 11th-grade student felt that her math teacher who has been an active role model in her life was more than worthy of the honor.

“Ms. Chavez is one of the best teachers I’ve ever had. She makes her classes really interesting,” said Jimenez. “She has been there for me as a teacher and as a person. Academically, I struggle with math. She’d stay after school to tutor me and give up her lunches to help me.”

Each year, student members of NSHSS are invited to nominate the educator who has made the most significant contribution to their academic career for the Claes Nobel Educator of Distinction award. This honor recognizes exemplary educators whose passion and devotion inspire their students to grow and develop as scholars, leaders, and citizens.

As a teacher of a subject that can prove challenging for some, Chavez uses her creativity to find ways to make math relevant for students. For her, this distinction substantiates her in the classroom and has special significance because it was a student who nominated her to receive it.

“As a math teacher, it’s not uncommon to hear things like, ‘I hate math.’ or ‘Math is my worse subject.’ I think it’s a matter of making things interesting for the students,” said Chavez. “I am very honored to have received this recognition. It is especially meaningful because a student nominated me. It makes me feel so appreciated.”

The National Society of High School Scholars was formed in 2002 by James W. Lewis and Claes Nobel, a senior member of the family that established the Nobel Prizes. From high school to college to career NSHSS connects outstanding young scholars with the resources they need to develop their strengths and pursue their passions. Currently, there are more than one million Society members in 160 countries. For more information about NSHSS visit www.nshss.org.