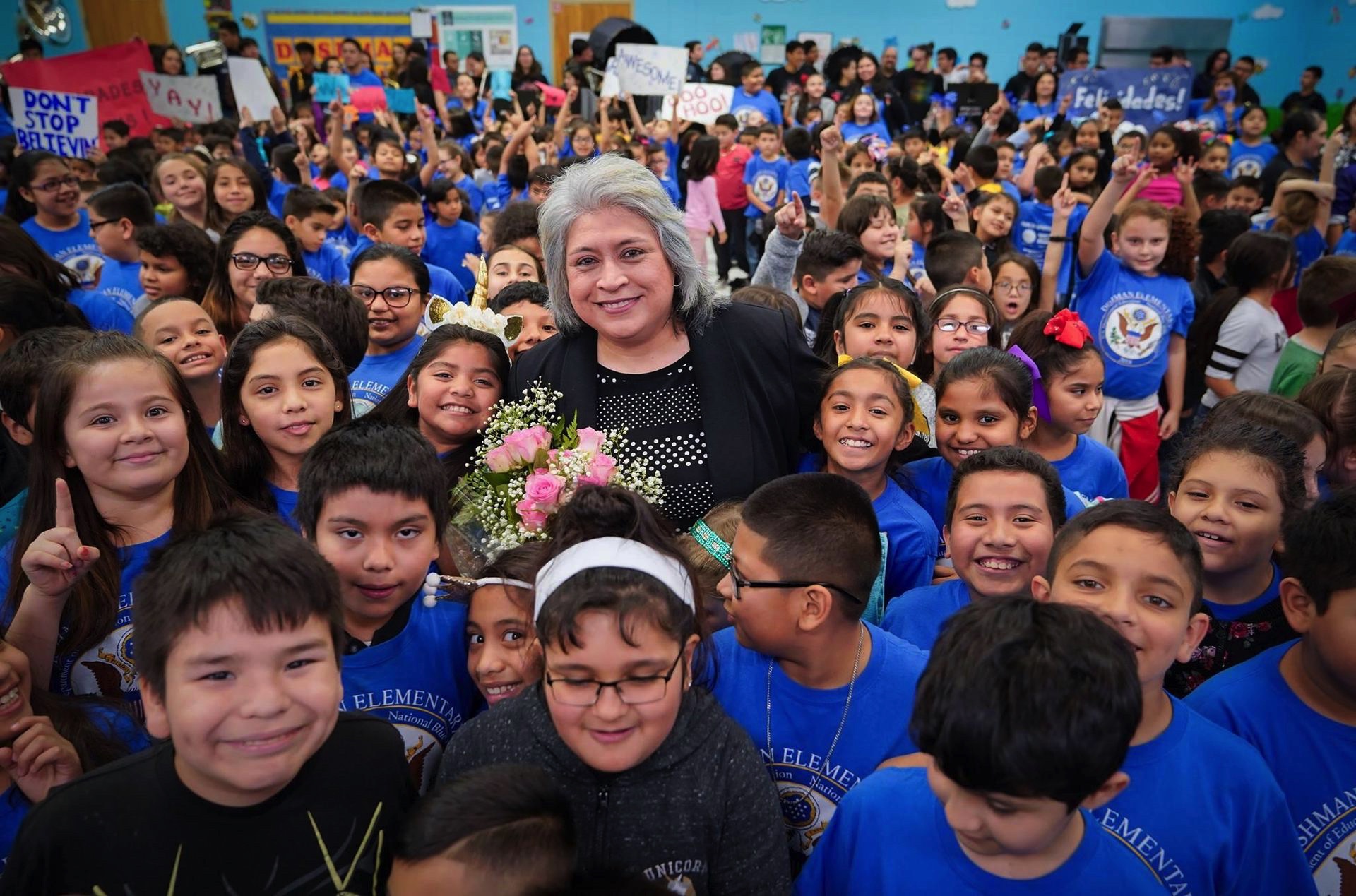 A Harlingen CISD leader received the district’s first H-E-B Education in Excellence award during a ceremony held in May.

H-E-B Education in Excellence, established to recognize outstanding public school leaders, teachers and others, announced that Dishman Elementary Principal Irma Davis had been selected as the top elementary school principal in the state.

H-E-B Chairman and CEO Charles Butt distributed $430,000 to those who won the awards this year.

H-E-B Education in Excellence selects one top performing elementary and one secondary principal each year. Harlingen CISD’s Principal Davis was the sole elementary school principal to win the prestigious award.

“HCISD was elated by H-E-B’s announcement recognizing Dishman Elementary Principal Irma Davis for her leadership and ongoing commitment to public education. The H-E-B Excellence in Education award underscores the tireless work happening inside HCISD schools each and every day and gives special recognition to Ms. Davis, an esteemed early childhood educator and elementary school champion,” said Superintendent Dr. Art Cavazos. “Along with the National Blue Ribbon school distinction by the U.S. Department of Education, Dishman, its educators, staff, and leaders such as Mrs. Davis continue to make HCISD proud while inspiring lifelong learners.”

Along with the recognition for being a stellar educator, Principal Davis received $10,000 in cash for herself and a $25,000 grant for her campus, funds awarded by H-E-B Education in Excellence at its awards ceremony held in Austin.

Davis has been principal of Dishman Elementary for eight years, a role she took on with the intention of improving its performance, parental and community involvement.

“We implemented meet the teacher nights, re-activated our PTO, created newsletters, set up a campus website and social media channels, added a college and career day and invited local officials and business to partner with us,” Davis previously said of the positive actions she has taken while in the leadership position at the elementary school located in Combes.https://hcisdnews.org/wp-admin/media-upload.php?post_id=23459&type=image&TB_iframe=1

“We work as a team, and it’s a total team effort here at Dishman,” she said. “I have amazing teachers and outstanding students. I dedicate this award to them as well.