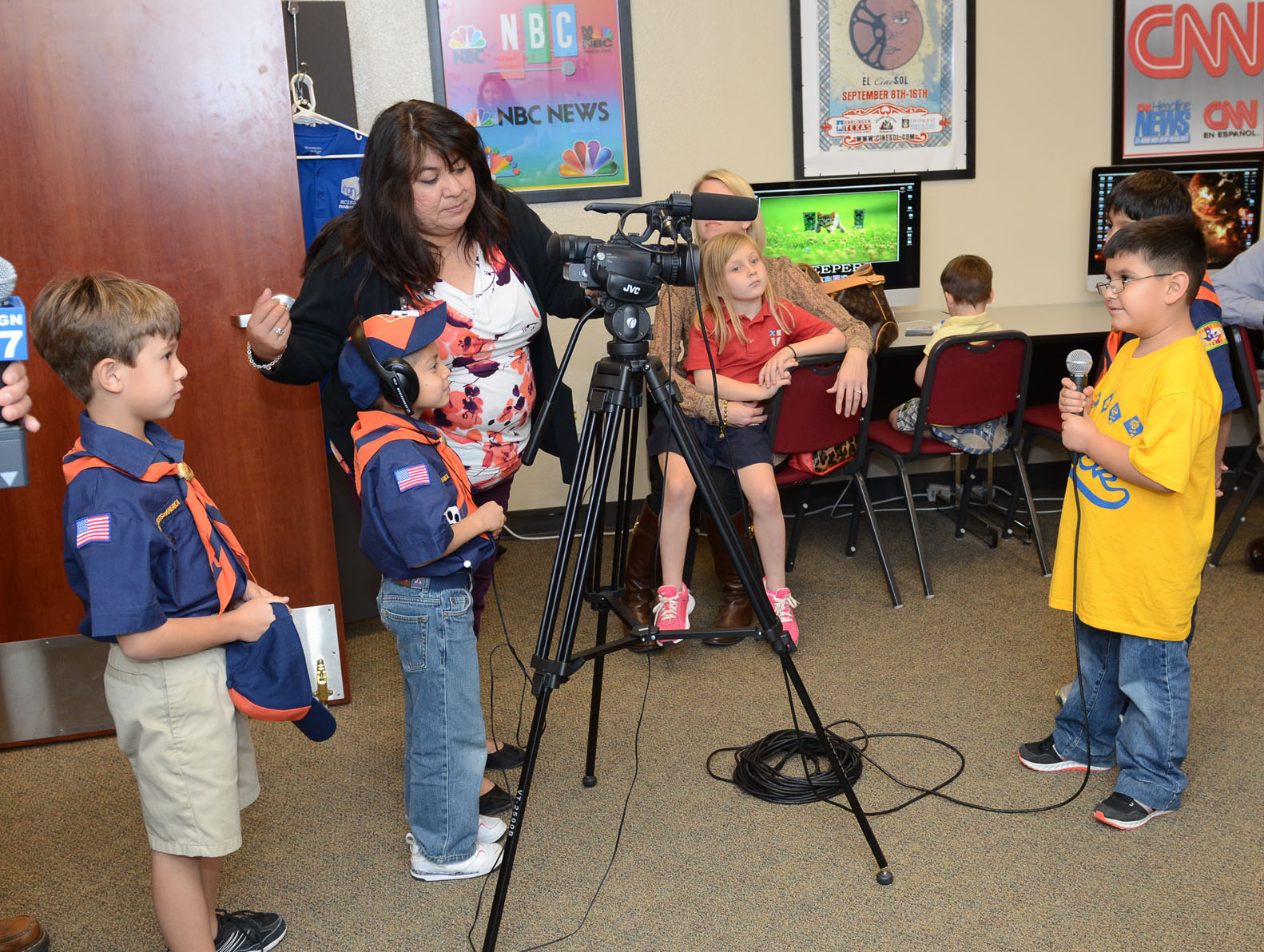 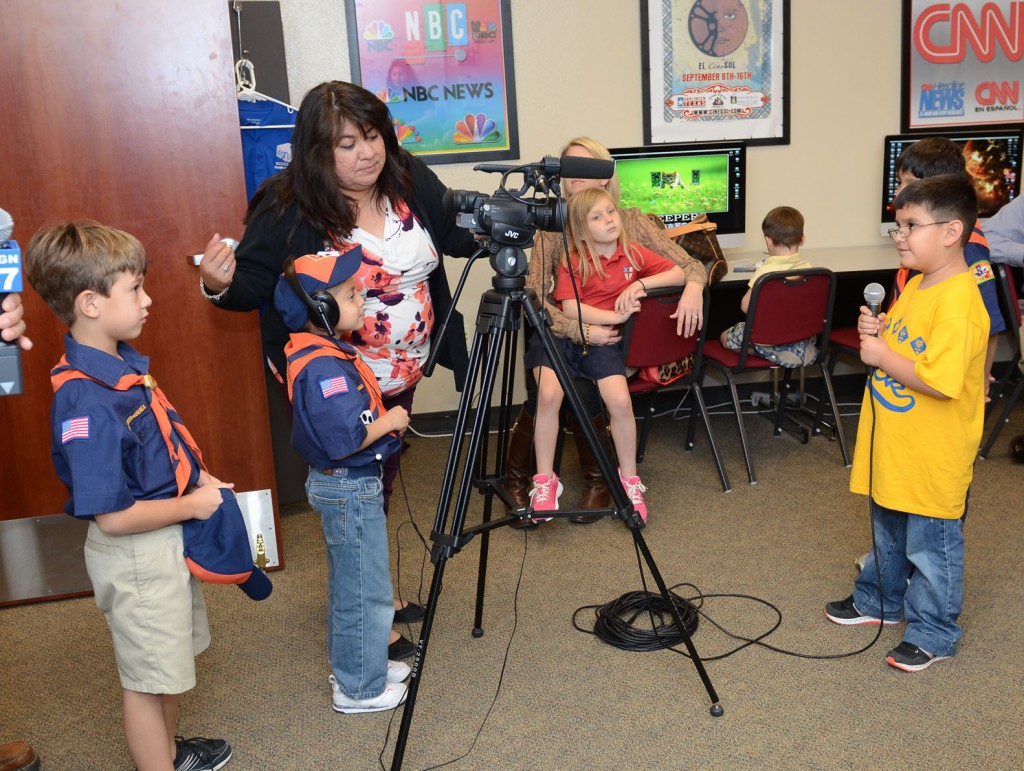 The scouts took an interactive tour of the KHGN studio at the Harlingen Consolidated Independent School District. Patricia Guajardo, media tech teacher for HCISD, showcased the studio and the equipment used to make the programs on Channel 17, the district’s television station, possible.

For the hands on portion of the day, students were able to step behind the camera to interview their fellow Cub Scouts.  Students anxiously waited their turn to step in front of the cameras.  After recording their footage, students gathered at a computer to receive step-by step instructions on how to edit and complete their video.

This is the second time a group of Cub Scouts have participated in the interactive tour.