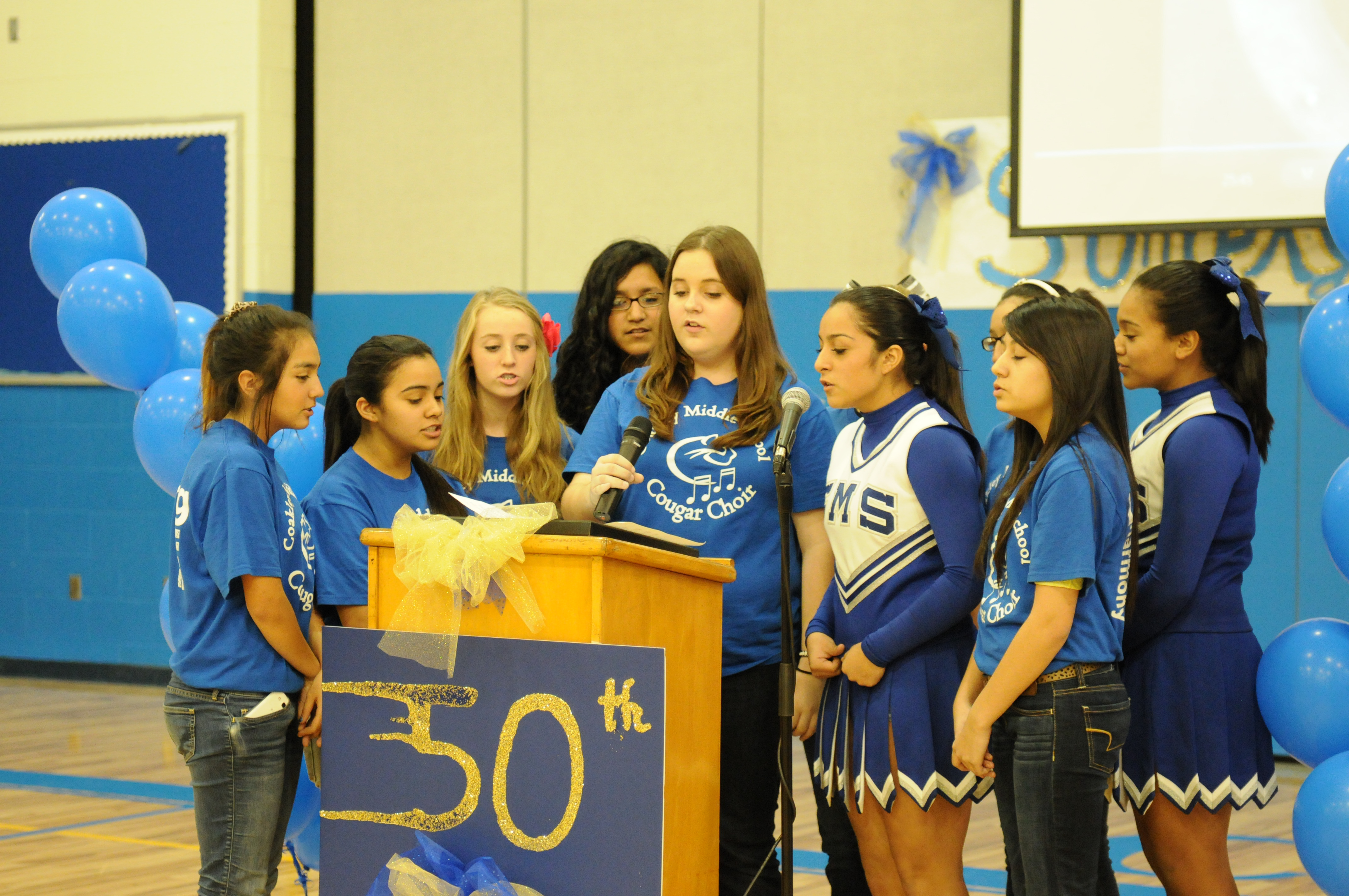 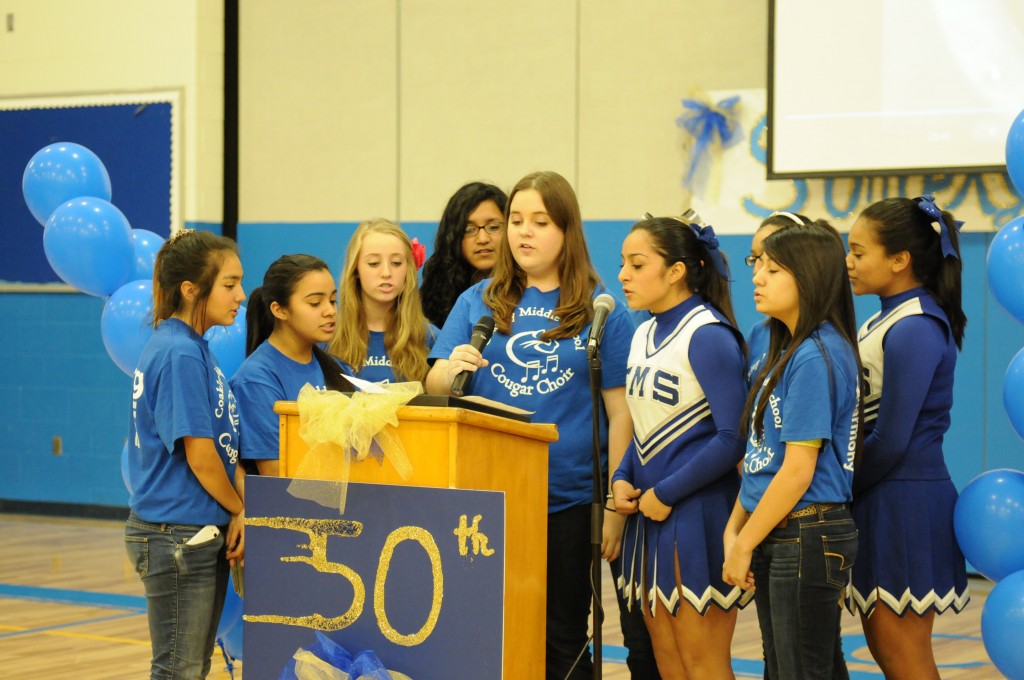 School board members, administrators, teachers and students came together to celebrate a monumental year for Coakley Middle School on Dec. 18.

The 2012 – 2013 school year marks Coakley’s 50th anniversary of servicing the students and community of Harlingen. To honor their years of service, the Harlingen Consolidated Independent School District proclaimed that Dec. 18, 2012 would be named Coakley Middle School Day.

The campus and guests gathered for an anniversary ceremony to reflect on the past, present and future of the school.

The campus opened in 1962, and was named after Mary E. Coakley. She was an advocate of education for the students in Harlingen, and donated 19.22 acres of property for the purpose of building an educational facility.