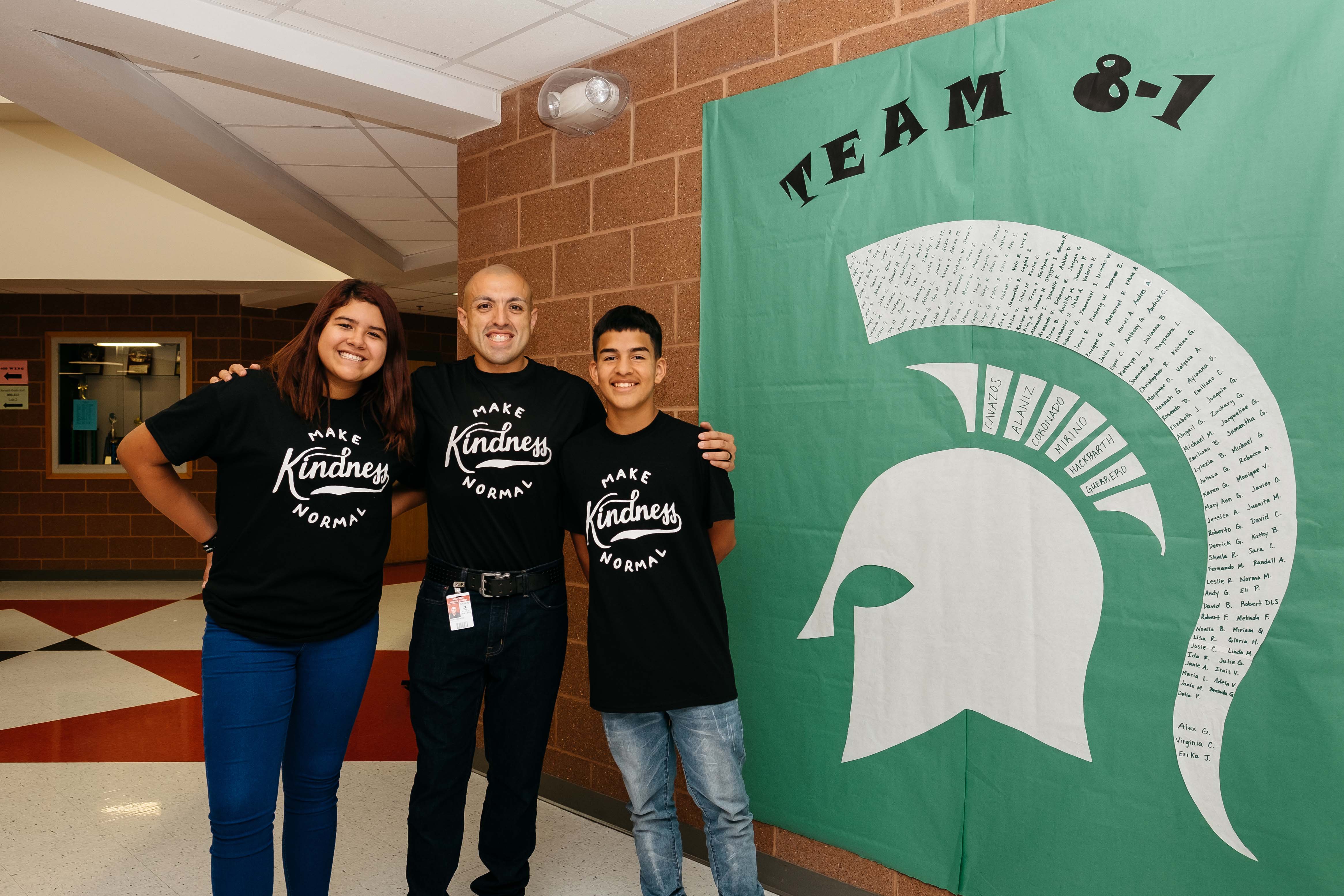 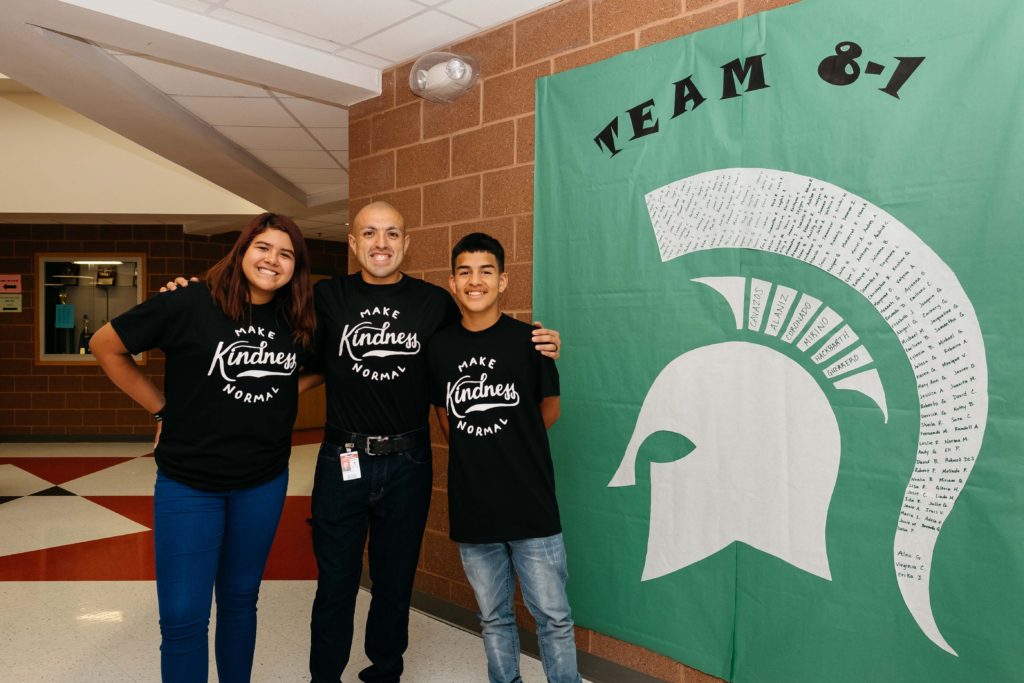 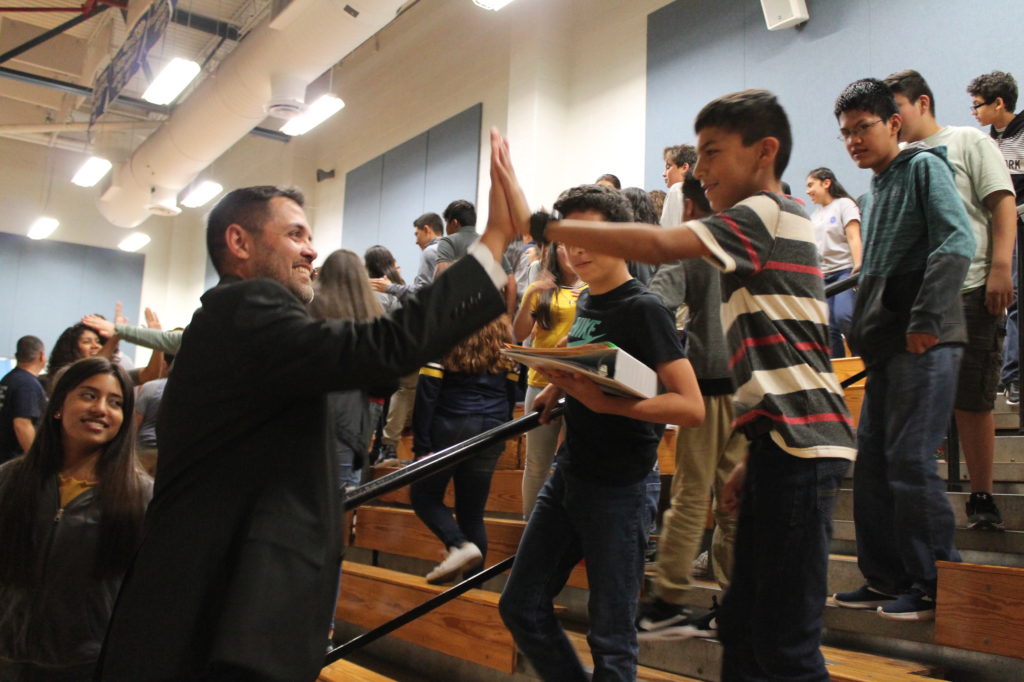 An idea that sparked a movement at HCISD’s two comprehensive high schools last year has taken root and is spreading to middle schools in a significant push toward kindness.

The Character Strong and Rachel’s Challenge programs are both being implemented at their respective feeder campuses this 2018-2019 school year. Though two different programs at first glance, the purpose remains the same – to build a positive school community.

Character Strong helps educators infuse character and social-emotional learning into the daily fabric of any classroom or campus focusing on character development. Rachel’s Challenge, which is named after Rachel Scott, one of the students killed at Columbine High School in 1999, provides a sustainable, evidence-based framework for positive climate and culture in schools.

Already, these programs producing moments of kindness and compassion among students.

“There’s been a shift in a lot of our kids. I can see that they’re starting to hold each other accountable for their actions,” said David Cavazos, an eighth-grade math teacher at Memorial Middle School. “They’re showing a lot of maturity and responsibility, but more importantly, care for one another. Just the other day, a student dropped something, papers flew everywhere, and everybody just rushed in to help.” 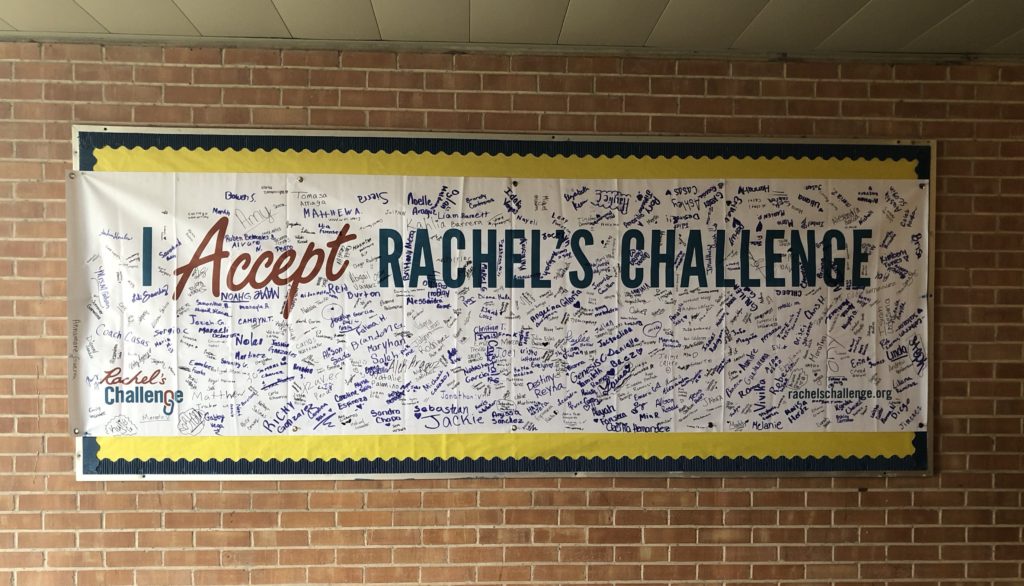 During a kickoff event at Coakley Middle School, students reflected on how Rachel’s example will make them think twice about how they react to confrontation or disagreements with other people. In an essay, Rachel wrote that the first, second, and third impression of a person could be deceiving because they don’t paint the full picture of what kind of person someone is.

“She [Rachel] gave people at least three chances and I barely give people one,” said Isaac Aparicio, a sixth-grader at Coakley Middle School.

Each school can put its own spin on the program conducting lessons and activities on any specified day of the week.

“We call it Motivational Mondays,” said Cavazos. “We run something similar to a pep-rally schedule. We go to first, second, and third period. After that, we have 30 minutes of Character Strong.”

In this day and age when social media is the preferred method of communication for the younger generation, programs like these bring students back to basics by encouraging face-to-face interaction among students.

“This week we had the webby handshake, which focused on how to give a proper handshake,” said Cavazos. “This activity challenged students to put away their electronic devices and practice face-to-face communication.”

Cavazos said that some lessons will challenge students further compelling them to dig deep. During Daily Dares students will be dared to give compliments throughout the day or reflect on their own character growth.

Ultimately, educators hope to start a “chain reaction” of kindness that will result in a positive school culture for all students.

“I want to be the catalyst for their change,” said Cavazos. “I want my students to do well academically, but I also want to develop them as human beings, so that they can become productive members of society.”