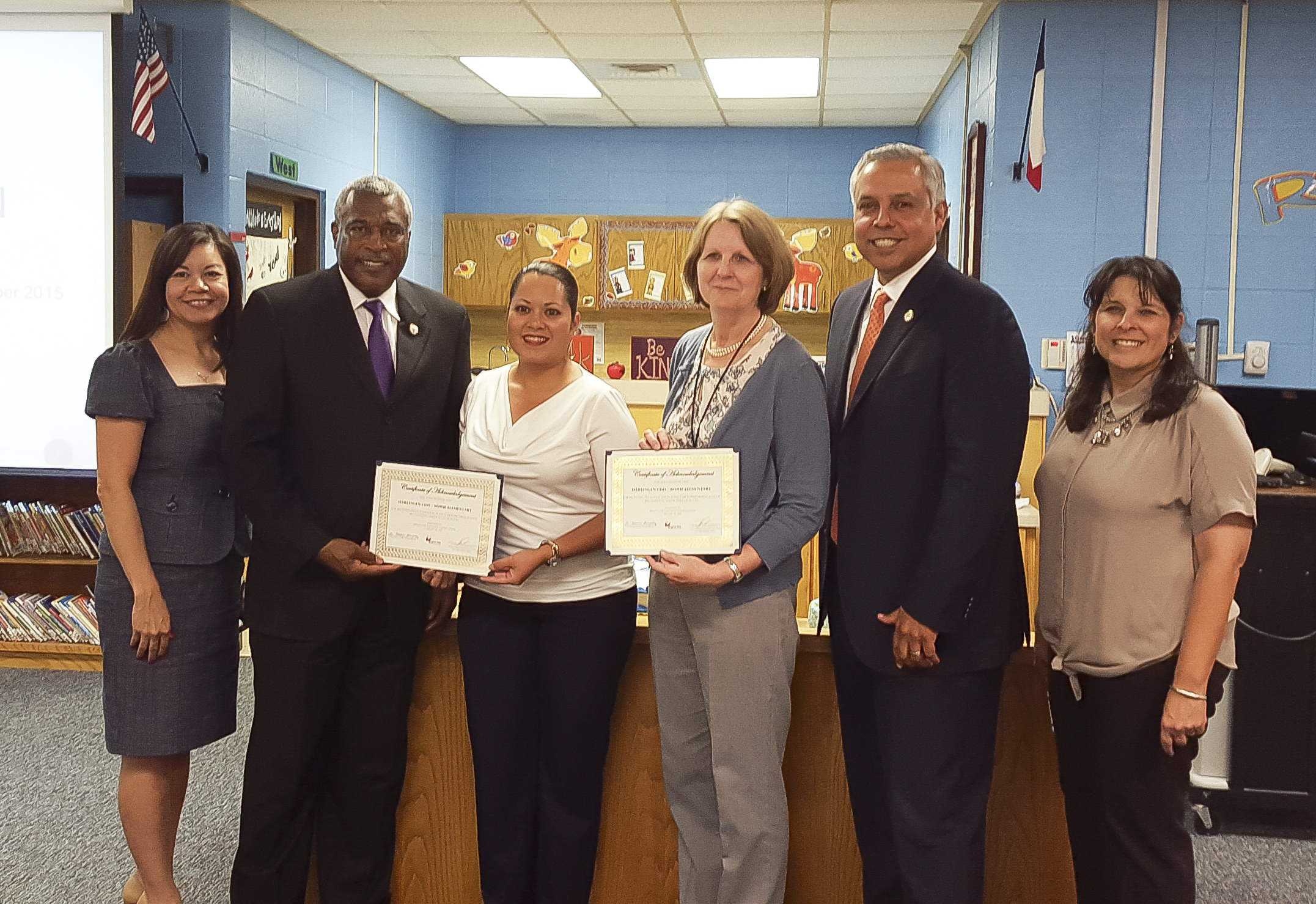 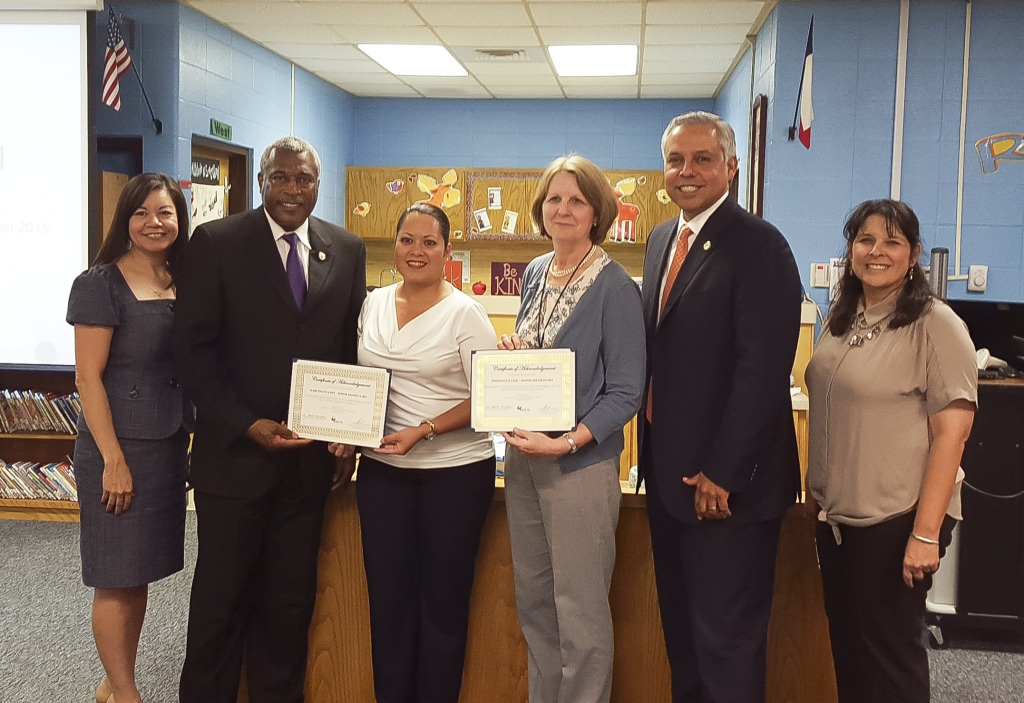 Bowie Elementary was honored by the Texas Education Agency (TEA) earlier this summer in a report identifying more than 400 Title I Reward Schools across the state. Bowie made both lists as a High-Performing and High-Progress school.

According a TEA press release, the identification of high-performing and/or high-progress Title I schools is based on statewide reading and mathematics assessments under the State Accountability System in the 2013-2014 school year and graduation rates.

“It is a real honor to be recognized by TEA for this achievement,” said Susan Salinas, principal at Bowie. “We create a culture of high achievement, and our teachers continue to perpetuate that expectation themselves. They truly believe that all children can succeed. When kids know that you believe in them, they start to believe in themselves.”

“Bowie Elementary continues to be a pillar of unbound success for HCISD,” said Superintendent Dr. Art Cavazos. “We thank Susan Salinas and her staff for making this achievement possible. Their passion for education is a testament to the highly effective educators who go above and beyond for the benefit of our students.”

Title I schools are defined as campuses with a student population of at least 40 percent low-income.